Boston was awesome. AWESOME! I actually kept saying that over and over in my head as I was running. Never in my life could I have imagined feeling such excitement and happiness while running 26.2 miles. Here's a recap of race day: 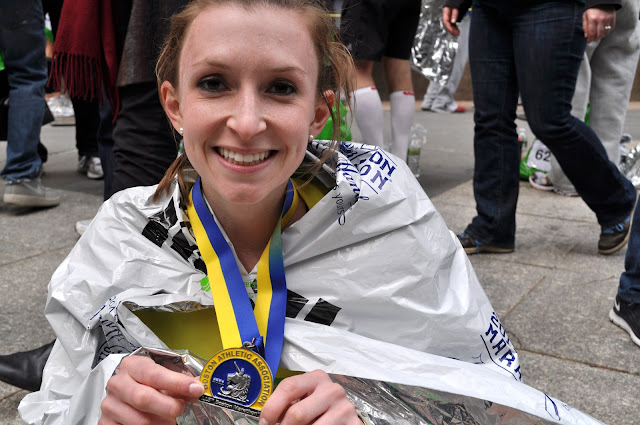 Woke up at 4:45 and hopped in the shower. Consumed breakfast, dressed, checked out of the hotel, and made it to the Riverside T by 5:45. 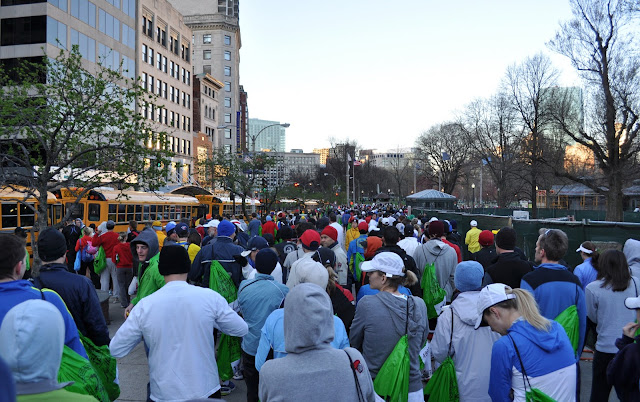 Tom and I arrived in the heart of Boston and got in line for the buses. Don't tell anyone, but Tom wasn't supposed to be in there with me. After a short wait I said goodbye to Tom and boarded the bus. The ride was long, but was manageable. It gave me the opportunity to calculate how many buses were needed to get all 28,000 runners to the start: 584. 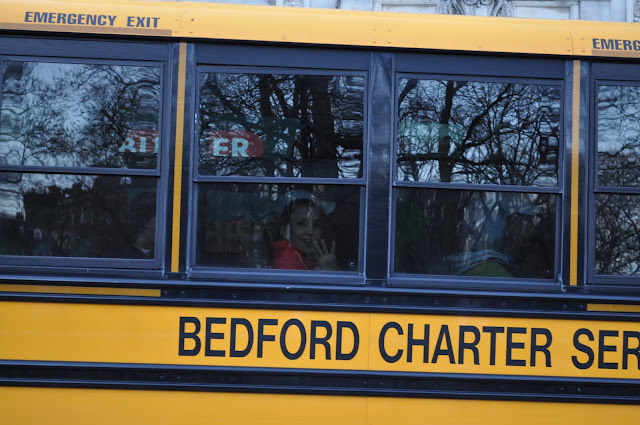 My first stop when I got off the bus? The bathroom.  I don't even want to do the math for how many port-a-potties were needed for all of us. That just gets gross. Moving on - it was a sunny morning, but the wind was blowing 20mph! Do you know how tired I am of running in wind?!

I found a plot of grass and camped out for a few hours. And shivered. Cold air and I just don't get along. At 9:30 I was allowed to drop my bag off and head to the start. I wasn't nervous or even thinking about the race. I was more excited about what was happening and how many great runners were around me. 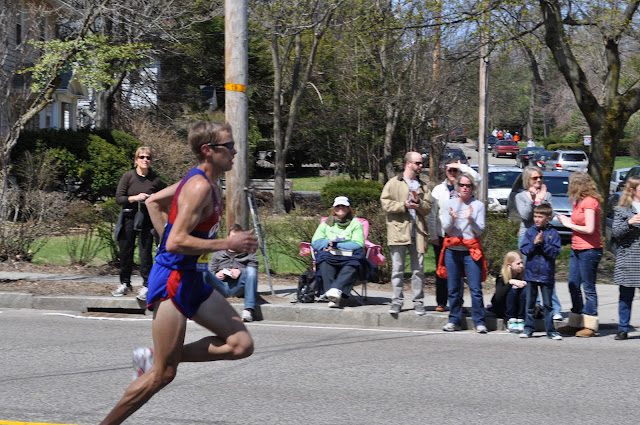 Unlike Burlington I had no clue that the race had started. At 10:20 we began our walk to the start and were off! I am still in shock over how many people were in front of me. Oh - and that wind? Never felt it because we were running with it! For the first time in weeks it was working in my favor.

I saw the Wizard of Oz gang, Santa Clause, a guy in a gorilla suit and even Nacho Libre. I paced off of "the anorexic twins", a nickname I gave to two girls that had amazing pace. They got me through the hills and mile 18, where I usually experience a mental breakdown. 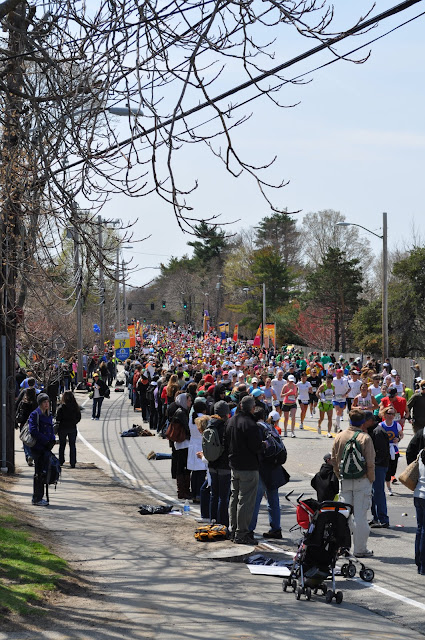 And Heartbreak hill? How about You-won-my-heart Hill? I actually loved it! Running Main Street in Montpelier is more difficult than that thing. In fact, a guy next to me asked the spectators if it was really Heartbreak because neither of us could believe it.

The coolest part? Well, there were three. Cool Part #1: Running through the Boston College cheering crowd after Heartbreak. Not only had I just found out that the hardest part was over, but I was now running through a high-energy-crazy-loud (-most-likely-really-drunk) crowd of college students. I found myself high-fiving spectators and unable to take the smile off my face. I was more than ready to tackle the few remaining miles.

Cool Part #2: Being able to recognize my friend Rachael in the crowd of millions as I got into the city. She clearly is an amazing cheerer if she was able to get my attention. 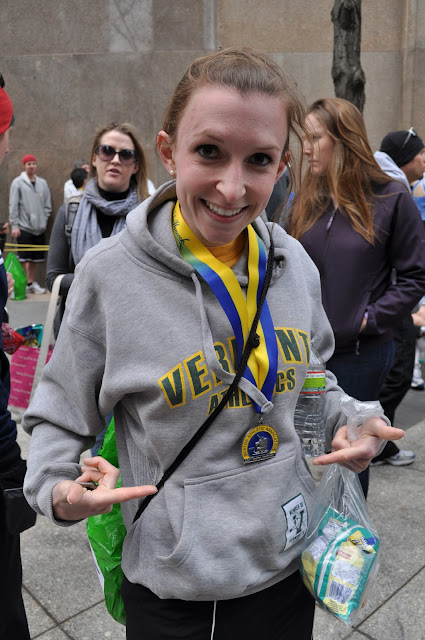 Cool Part #3:  Turning the last corner and seeing the finish line in view. Talk about adrenaline! That finish line was my water in a desert and my pot of gold at the end of a rainbow. My mind kept repeating "this-is-so-awe-some!" Usually it's "can I stop now?"

The hardest part was walking through the crowd to collect my food, superhero cape, medal, and belongings. It was pretty easy to find Tom. It was the first time he's been with me during a marathon and I can't thank him enough for all his help all weekend. 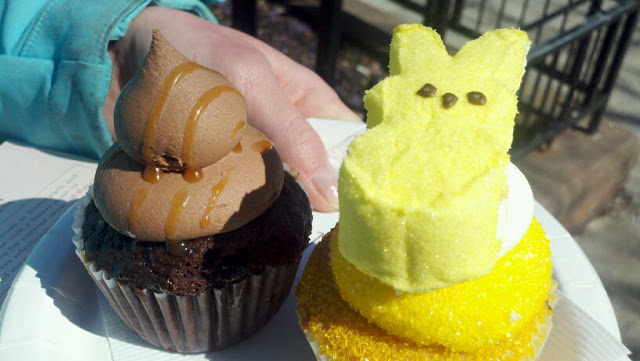 Chocolate caramel cupcake and Peeps cupcake from Sweet
at 5:13 PM