At one point in my life I updated this blog on an almost weekly basis. I was doing a lot of running while trying to figure out how to be a teacher and a coach, and I was getting too little sleep. Fortunately, I came to understand a word, priorities, and made a few changes to make life easier.

Blogging had to be cut down in order to dedicate more time to teaching and coaching. Running is still happening (somewhat), but since it isn't my job, I can't justify spending more time on it to sacrifice what I get paid to do each day and for what actually matters in this world. The work I do every day makes more of a difference than the running I do.

There are some days that I wish I had more time to dedicate to running, but I am happy knowing that even if I can't get all of the running in that I want to, at least I have a job (coaching) that allows me to experience running every day. I get paid to think about running and wear running clothes. It could be worse.

As we approach the holiday season I find it nice to reflect on the year. I'll do it a little differently this time around - a month-by-month summary and then I'll conclude with my favorites of the year. Here it goes!


Overall running this year
Two summers ago I was hitting 200+ miles per month. I was running 60+ miles a week and saw some nice PRs in the marathon. That hasn't been the case this year. I've had much lower mileage each month, but I have focused more on strength training. As a result, I saw PRs in each distance this year from the 5K to the half marathon. I can feel a huge difference in my running form and strength.

January: 143 miles: Marathon training for Boston had started. It was cold. There were lots of snow days. I was miserable. It was to become the same routine for the next three months. I began to do weekly indoor workouts to get in some cross training and to save me from the cold. The track workouts no longer existed.


February: 149 miles: Another month into Boston training, and a month in which my mileage should have picked up. It did, but only by 6 miles. More indoor training days and a dread for Boston developed. Boston simply wasn't feeling like a marathon I wanted to run. I had no internal motivation to do it, therefore, hardly any motivation to train, especially with more snow! I thought I had moved to a warmer climate, but we had a total of 8 snow days this winter!


March: 177 miles: Alas! Some more miles. The weather started warming up and the outdoor track season was in full competition. A switch turned in my mind during one run: I wouldn't focus on training for Boston. Instead, I was going to focus on the Cherry Blossom 10 Miler that I would run two weeks before Boston. I decided to follow my marathon training, but rather than thinking about Boston each time I ran, I focused on getting a PR in the Cherry Blossom. All of sudden I was excited about running again!

April: 129 miles and 2 races
I spent the first week of April in Boston at a conference. It was just what I needed to get excited to run Boston. I love the city and the buildup to the race had already started. I ran by the finishing line each morning before the city woke up. The first time gave me goosebumps. 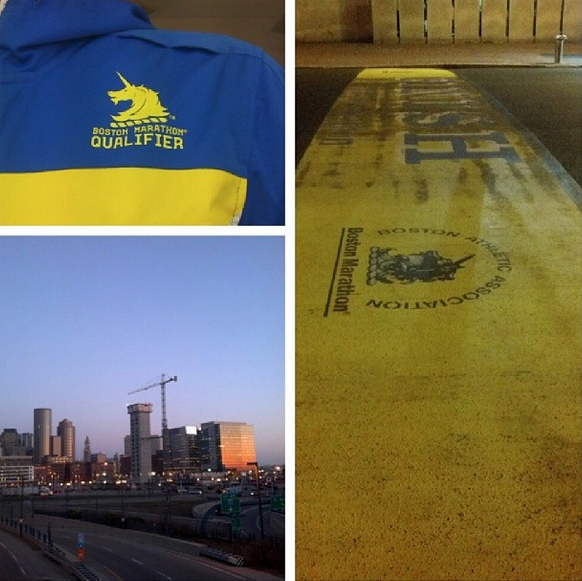 I snagged a new PR in the Cherry Blossom 10 miler (1:05:47) that qualifies me for automatic, seeded entry into next year's race. The only problem is next year's race is ONE week before Boston. DANG! 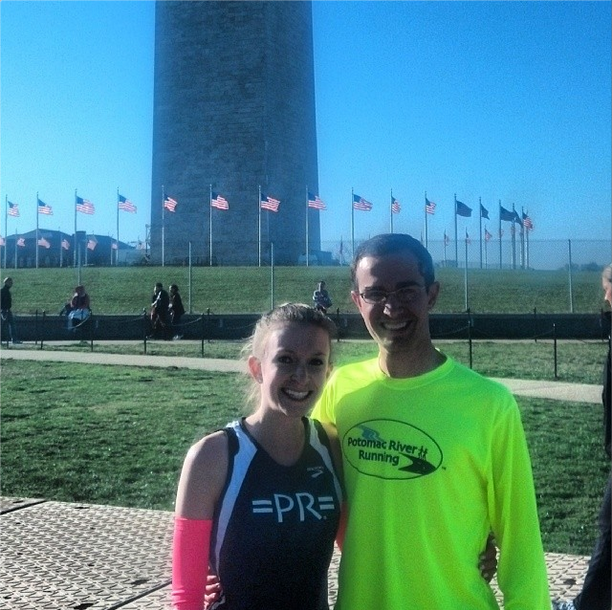 Boston also happened. My legs had been sore for over a week from the Cherry Blossom 10 Miler and I knew I didn't have the miles put in for a PR at Boston. However, the weekend was one of my favorite marathon weekends: talking to Shalane Flanagan in the bathroom at the airport, having dinner with high school friends, eating brunch with college teammates, and then meeting up with Laura and other bloggers at the start. I paid for the lack of training starting at mile 14, but the amazing crowd support carried me to the finish line and I finished with a 3:20:36. I loved the weekend and had a huge weight lifted off my shoulders when the race was over. 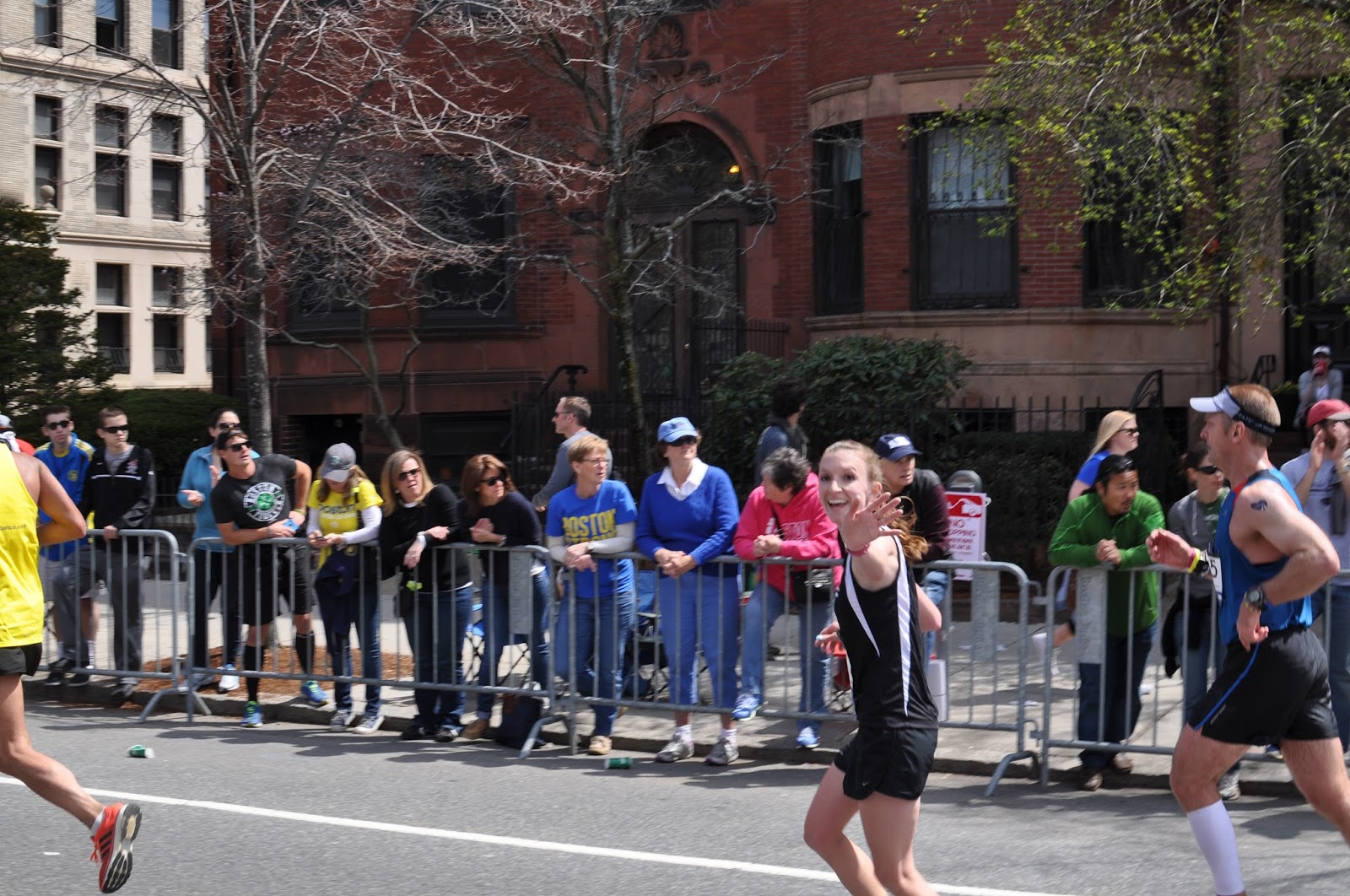 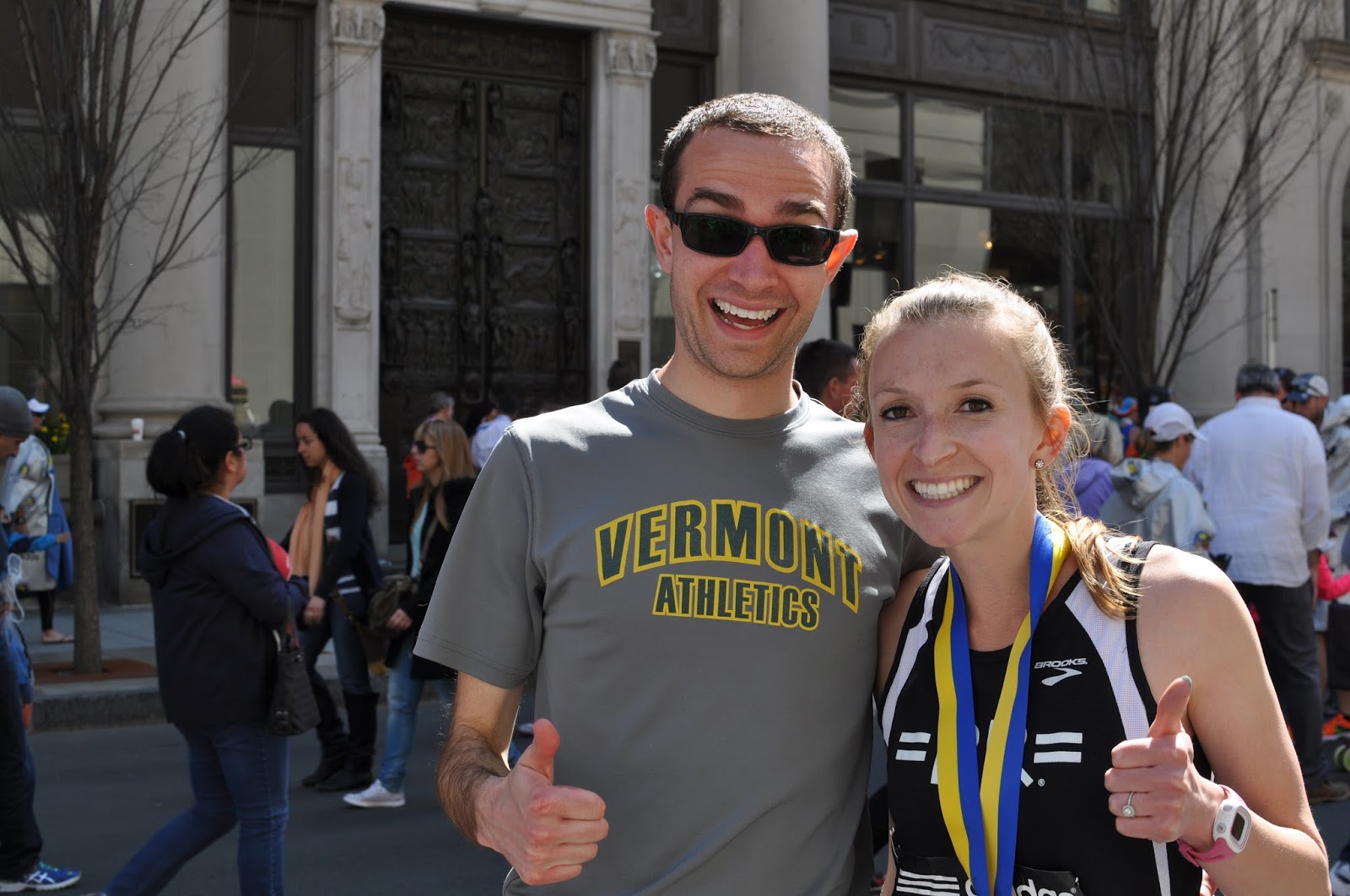 With the marathon done I could now focus on speed. I promised myself that I would do no more marathons for a few years. It made me happy to know that crazy training and hours from my weekend life would no longer be a problem. My new goal was to get a PR in the half.

May: 90 miles and 1 race
I was a little bummed to find out earlier in the year that Tom and I would not be able to make Vermont City Marathon work. With so many weddings this year, we could not justify another trip to Vermont.

My mileage was lowered as I focused on the end of the year teaching tasks and finished the season with the track team. A bunch of colleagues and students ran in the Capitol Hill 10K Classic, where I ran my 2nd 10K of all time. I finished with a 40:05 and a new PR. What surprised me about the race was hitting the 3rd mile below 19:00. I knew that I needed to get into a 5K to see what I was capable of. I hadn't run a sub 20:00 5K since college and knew that I was ready to do it. 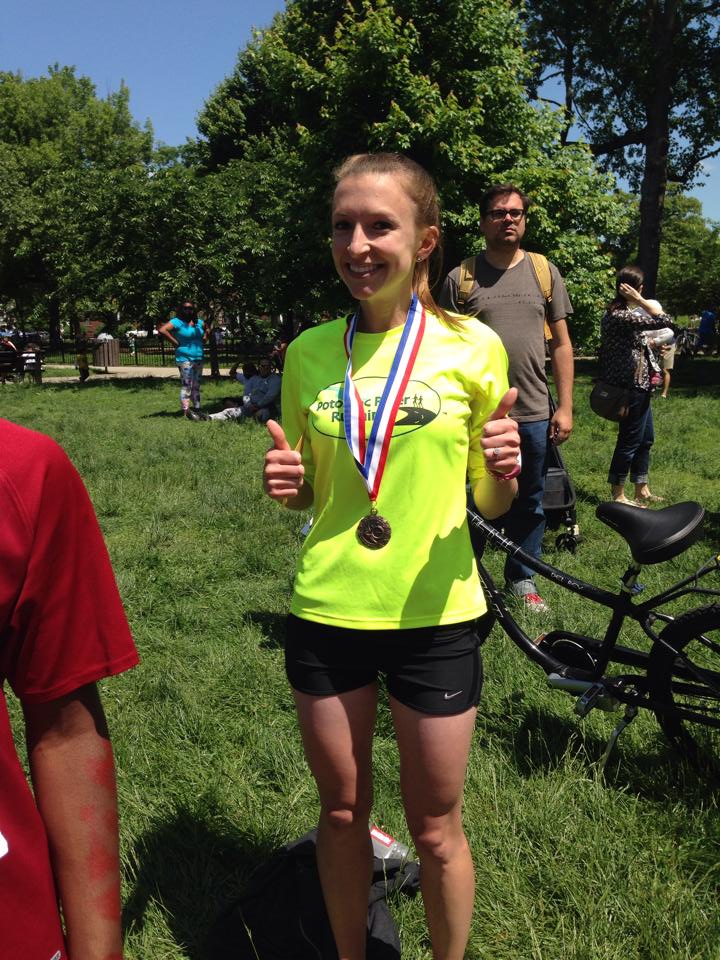 June: 146 miles, 1 race
The end of the school year brought excitement for a summer filled with running and more hours to dedicate to wedding planning. My mornings became the same: Wake up, eat, run, eat, shower, wedding plan all day.

I managed to hit up a Father's Day 5K and nabbed a 19:18 finish. The race had that same 5k pain that I hate, the kind where you want to throw up and I almost did. I raced a silly race, going out too fast, and knew that if I raced a smarter race I could break 19:00. I was determined to do it! 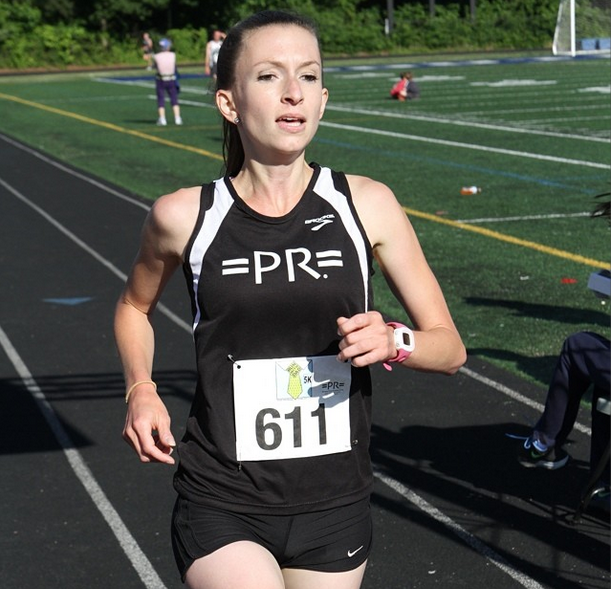 Did you really make it down to the end? Congrats to you! I'm going to assume that 6 months is enough for one post and will write about the second half of the year in another post. For now, I'm going to enjoy these next few days of relaxation, food, and even some snow in this city of DC! Yes, snow! And for the first time in years I actually have some winter boots. I was probably the only Vermonter going to school in Vermont without some real winter boots, but I have finally smartened up!


Have a Happy Thanksgiving everyone!