CSA: Week 5 Recap and a Weekend at Camp 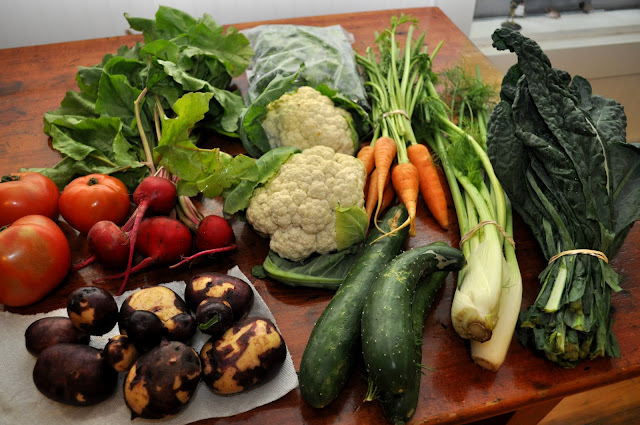 We spent the weekend up at beautiful Lake Carmi in Franklin, Vermont. Tom's family has a camp and they spend two weeks up there each July. We packed the veggies with us, hoping to cook up some tasty meals, but were only successful in using half of the veggies (I blame it on the Burst-o-berry pie and s'mores) 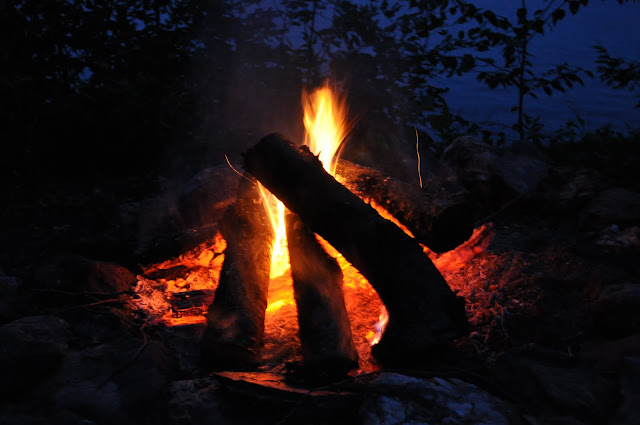 For dinner on our second night at camp we wrapped the carrots with butter in tin foil and grilled them. Yum. On the third night we boiled the potatoes and they went along with the chicken from the BBQ. The cukes were good on their own, and the tomatoes were used in an English muffin egg and cheese sandwich. 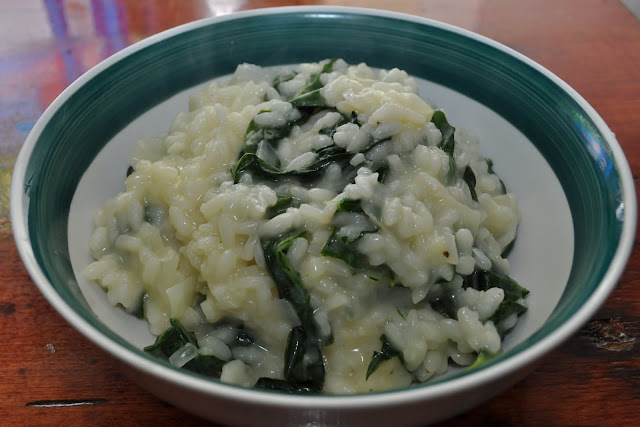 Monday night I was home alone and decided to use the kale in a risotto recipe that I found here. I liked it, but burnt my tongue so half my taste buds were out of commission. Make sure you blow on the risotto before testing it for al-dente! The recipe makes a lot for one person so it's probably better to wait until you have a partner or two to try it with you.
at 12:34 PM