Time for the Olympics!

I LOOOOOVE the Olympics!!! And Cake. We'll get to the cake later, but first, let's talk about those London games! 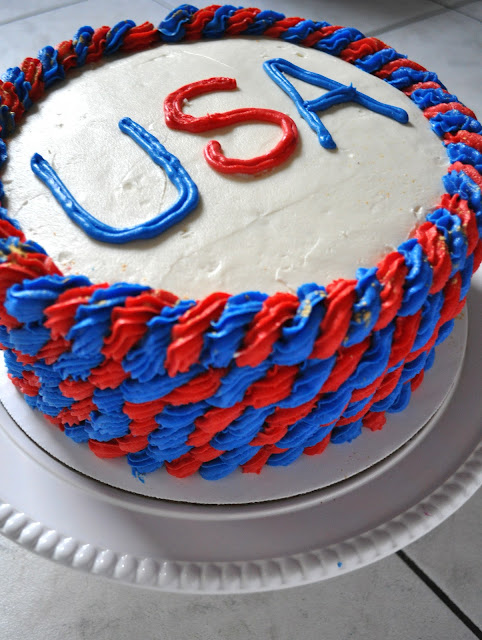 This year the Olympic-watching is even more exciting me due to this girl (#7), right here!!! 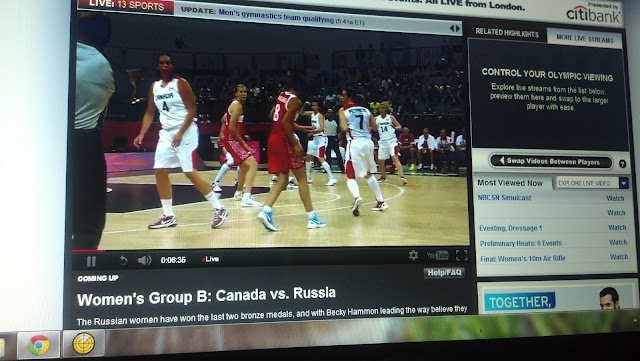 Seriously, Courtnay is my hero. Tom and I woke up super early (6:00am) to watch her play for Team Canada against Russia.

Needless to say, I had a little motivation for my 8 mile run after. I love the Olympics in general, but when you know someone who's actually there and you get to watch them play on TV it is just that much more inspiring. This girl has worked her butt off to get there and we are so proud of her! Gosh, it almost sounds like we're her parents and she's our little girl that has grown up *sniff*

You can bet that Tom and I were watching the Opening Ceremony last night, hoping to catch a glimpse of her. We had a few people over to watch as well, including a friend from Milton who lives in the area! It was so great to see a familiar face. We whipped up some pizza and sangria, then spent the night in front of the TV making predictions about what would happen next in the ceremony. 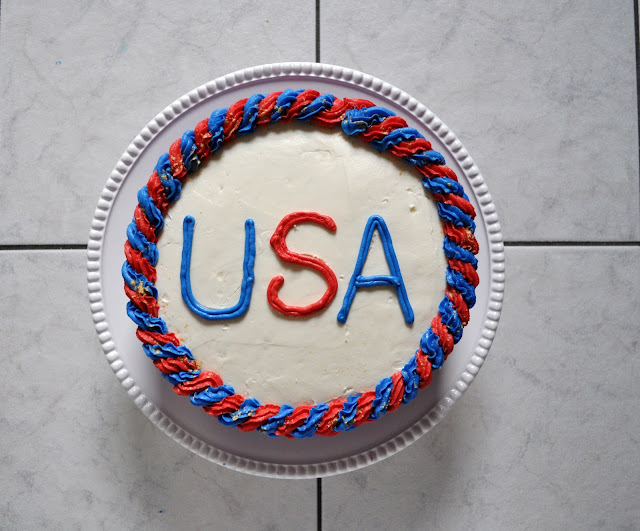 A little chocolate deliciousness frosted with some vanilla buttercream!

I tried to add gold dust to the side, you know, to be all glitzy and stuff, but it ended up just looking like I spilled a bunch of brown sugar on it. Oh well, you live and learn! 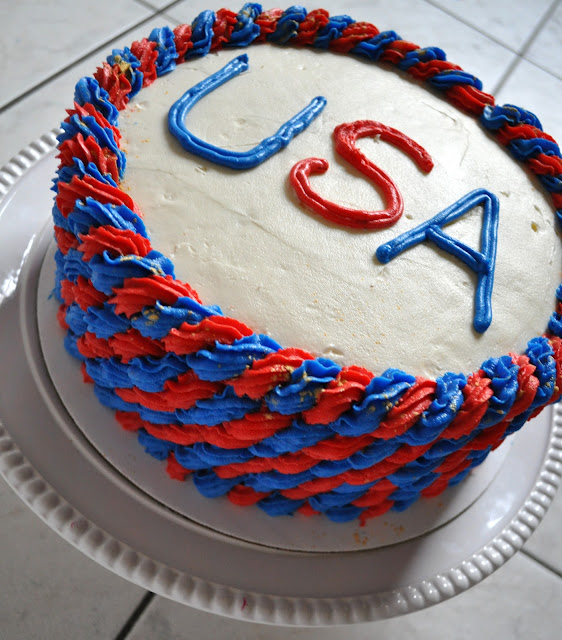 It is safe to assume that I'll be spending many hours with the TV watching these summer games. I'll be cheering on Team USA in each event except for one. I'll let you take a guess at which one that may be :)