*Warning* No coach would ever recommend a runner to PR in a race two weeks before running a marathon.
Don't be an idiot. Save your legs. 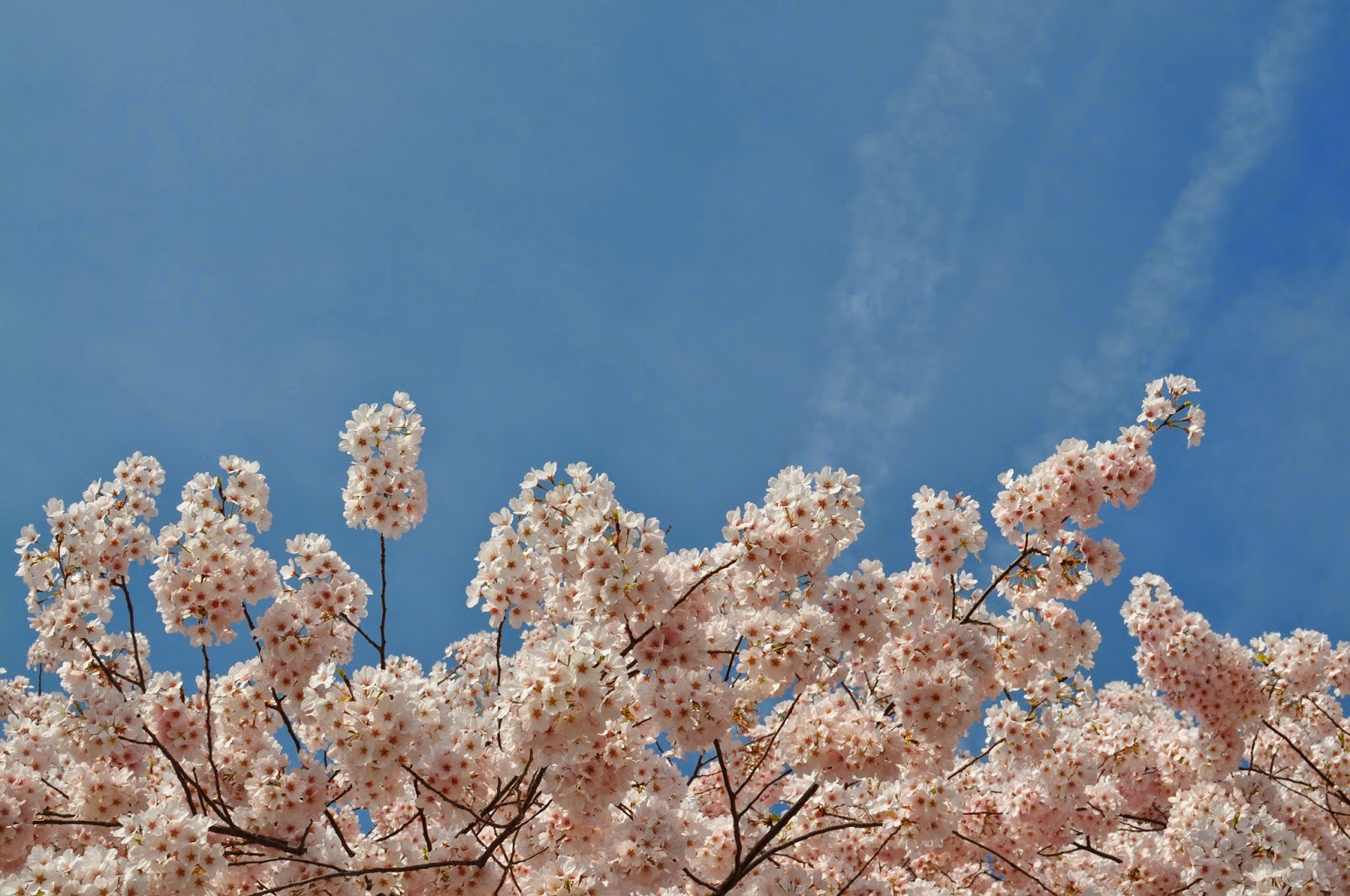 When I signed up for the Cherry Blossom 10 miler in February I did it because I enjoyed the race last year and because I figured that I would use it as a TEMPO. Not a race. I wanted to get a PR or run a 1:09 like last year, but I told myself that I would not take it seriously.

However, when my winter training (or mind?) went to crap, I changed my spring priority race from Boston to the 10 miler. I know Boston will be off from the lack of training, and I wanted to have success somewhere.

It was a risk. I could get hurt. I could waste all my training by peaking at that race and suffer through Boston. And it turns out, that as I write this on the Wednesday before Boston, a full 10 days after the 10 miler, I still feel the effects of the race but am finally optimistic that my body will be ready for Monday.

While it took a week to get the feeling of tennis balls out of my super tight calves (thanks in part to the stupid decision to wear racing flats for the first time), I am super happy with my performance. And just like the Parks Half that I did last year, I was reminded that only my mind is holding me back. I have more to give, and I kicked up my running to a new level last weekend.

Tom and I were both signed up for this race. He was on a team for his work and I was racing for the PR Running Race team.  I had also just spent 5 days in Boston at a conference, eating out and walking a lot. Neither of us knew what to expect for performances.

Our phone told us it was 33 degrees when we left the house last Sunday, but 39 by the time we made it to the Washington Monument. Fortunately, it was a gorgeous sunny day. 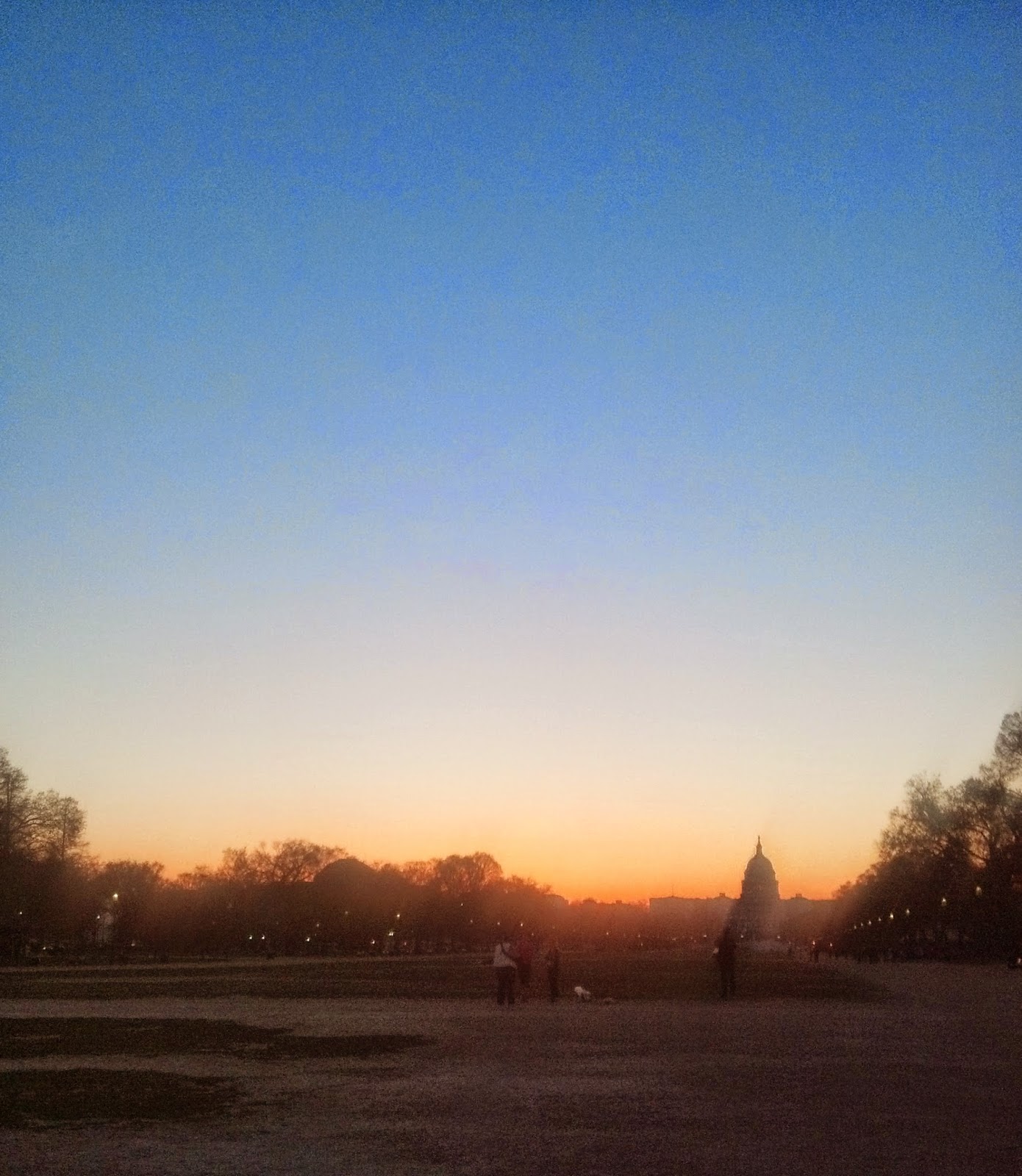 I was feeling hopeful for a good race, considering the "cold" temps actually felt pretty warm. My body was cooperating and my legs felt good.

When the gun went off I knew I was going out too fast. My first mile read a 6:18. Way. Too. Fast. I had thoughts of my 5K from last summer, which started off almost at the same pace. Oops.

I slowed a little for the next mile, but was faster than I planned to run. 6:38. Then a 6:29 for mile 3. After three in a row I knew that was my new pace. I decided to try to hold around 6:30 for the rest of the race. This was a pace that was totally quicker than I expected to be running right now, but it felt right.

I saw Tom once during the race as we headed out toward the Kennedy Center. He was pretty far in front of me and so focused that when I cheered him on I didn't hear his holler back to me for 5 seconds after mine.

This section seemed like a blur to me. It went quick, but I knew it lead to the dreaded Hains Point at mile 6ish. Last year this area was brutally cold, but this year felt better with less wind.

At this point in the race, you tend to stay near the same people. I had apparently been following a guy in a bright yellow shirt the whole time and didn't realize it until I started to catch him. At mile 7 I remembered that I needed to trick my brain into thinking I just started a 3.1 mile race. This made me relax immediately instead of freaking out (which I had been doing) and I began to pass the man. My inner coach instincts kicked in and as I passed him I shared my advice. "We only have a 5k left!"

Why am I being friendly in a race? I think it's because I remembered how much I suffered at that same spot last year. It was horrible and I felt like dying. He didn't look like he was dying, but he was slowing and he admitted to me that he went out too fast. After a few minutes, he caught back up to me and passed me. I wasn't able to catch up to him for the rest of the race, but I was happy to know that he was able to pull himself out of the slump and keep going.

The wind picked up as we turned back on Hains Point and I could see the top of the Monument. The end was so close! Yet, it was still TWO miles away!!! Those two miles feel like they take the longest, no matter how much I pick up the pace. And while I thought I was picking up the pace, I was only picking up the effort level, which wasn't enough to overcome my slower miles at the end.

My weakness in races has always been my mind as I near the finish. The closer I get, the slower I want to go. Even though I may be able to see the finish, I want to stop. My mind freaks out, causing my body to tense, and I start to feel bad even though I may have been feeling great prior to it. The course signs that counted down the meters left only made it worse. I wanted to stop. I wanted to puke. But I forced myself to keep running though it to get to the finish. Why I can't run faster knowing the end is only 400 meters away, I have no freakin' clue!

For the first time in years, I almost threw up at the finish. I feel bad for the person who tried to tell me good job and patted me on my back as I was trying to keep my breakfast in. That was a poor move on their part but the pat may have actually saved me from tossing my cookies. Thankfully, I felt fine right after.

Once again, this was a great race and race atmosphere. The day was gorgeous, the people working the event were well organized, and we had a fun time with friends. It was a great tuneup race to get me in race mode for Monday, even though I totally should NOT have raced it so close to Boston.