This month has flown by. Really, I cannot believe how fast it went. It was an action-packed month and a lot happened during it.

First, I got a kitten. We're naming him Wilson. I think. After Wilson from Home Improvement. 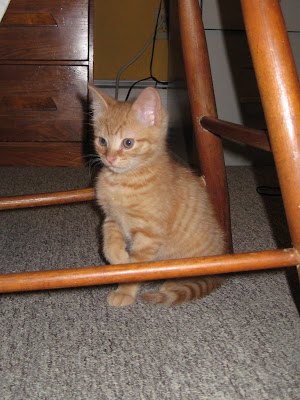 Second, I finished my job at the primary care office last week and started my new one this week at CVMC. I'm the assistant on a new team called The Community Health Team. It's too bad we aren't forced to wear super hero costumes. I feel like they're appropriate for our name. We work with five nearby practices (doctor's offices) to shift the focus from responsive to preventative care. It is still too hard for me to explain quickly so that's where I'll leave it.

Third, after 6 years of working at the Hannaford in Milton, I finally moved on and am now working at the one in Barre! Oh boy! I just can't leave Hannaford. I hadn't worked the register in over a year and a half, but that's what I'm doing now. The first day was interesting. Couldn't remember the codes to green pepper or broccoli crowns, but for some reason could remember brussel sprouts and Ginger root. I think the codes have changed on me, so it's not entirely my fault.

Fourth, and most importantly, I took the Wilton Cake Decorating Course 3. It was my intro into working with fondant and building tiered cakes. We only had to make two cakes, and I was thankful because I was so busy. Below are the photos: 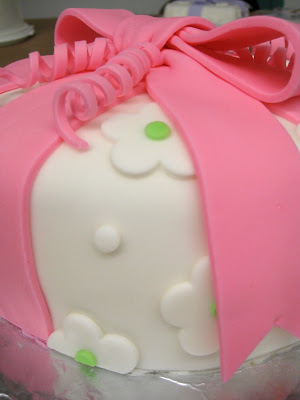 I learned a few things from this cake.

I tried to work with thinner fondant on my next cake. The rose covered tiered cake too much longer than a gift cake. I spent all of last weekend in the kitchen coloring, rolling, and cutting fondant only to make half the amount of roses that they had suggested in our book. Here's the final result: 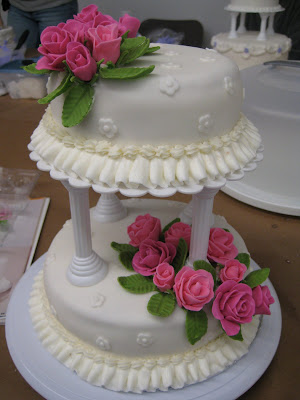 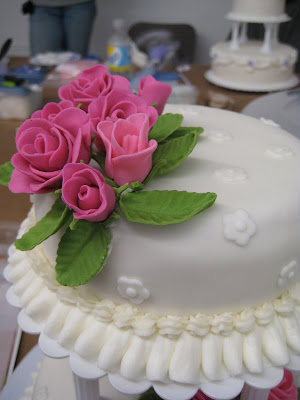 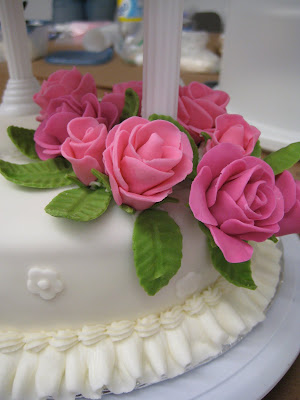 I made 16 flowers even though the book asked for over 30. One woman next to me in class had amazing roses. She had rolled her fondant out much thinner than I did. I was worried about doing that since I was having enough difficulty keeping them from ripping, but next time I work with fondant I will still go thinner. The roses took forever to do, but the leaves were a piece of cake (pun!!).

I actually have to make 4 cakes in the upcoming year. It'll be exciting. Now that I am working much closer to home, I make it home from work before I would even punch out of my old job. It will be amazing to have more time to do things. I also started my marathon training this week. Boston's full so here comes Vermont City Marathon!
at 6:04 PM