I survived. But more importantly, I was standing two people away from Shalane Flanagan on the start line of today's race. And those two people between her and I were former Catamount teammates. We were pretty star struck when she walked up near us. Behind us was the Legend, Joan Benoit Samuelson. SO COOL! We were lined up in one of the first corrals, and are not sure how we made it to the very front of the pack, but it was exciting to be up there and pretend for a few seconds that we could actually keep up with the top runners. 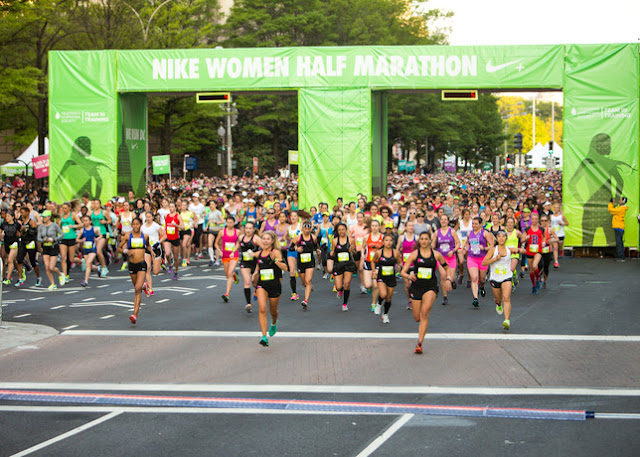 source: nikeinc.com
(I'm up there, on the right hand side next to the two girls in purple. Shalane is sporting the Boston shirt) 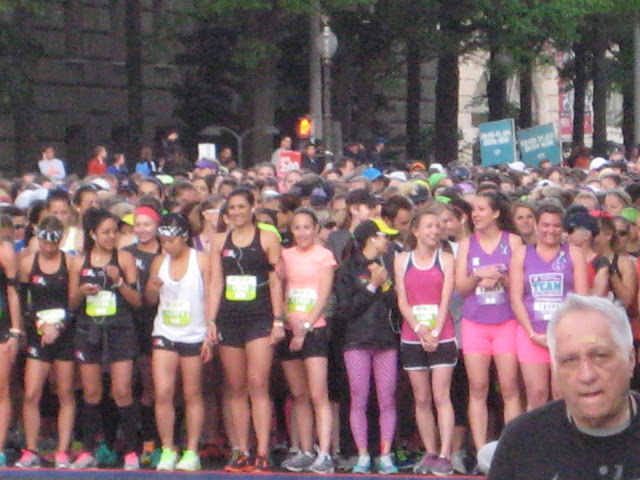 Joan is right behind us (in baseball hat and red shirt). We are freaking out just a tiny bit. In fact, I may have felt like I was 15 years old again. 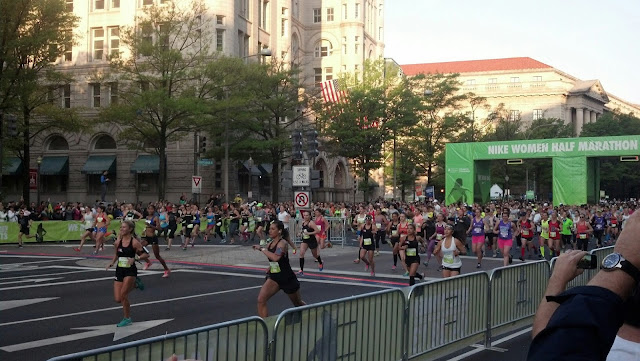 There were about 15,000 runners for this inaugural race. We gave a moment of silence for Boston at the start and all of those 15,000 and the spectators were dead silent. It was eerie. But pretty special. When the Star Spangled Banner was finishing up I turned around to look at the Capitol. I couldn't have thought of a more awesome start! Ok, I lie. Rome may have been better. 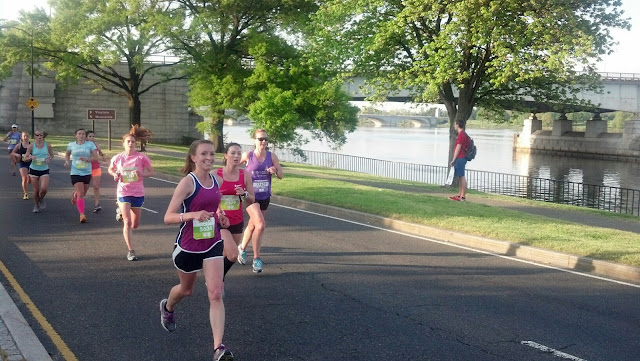 The course was almost the same exact course as the Cherry Blossom. It was 15 degrees warmer today (low 50s), making it much more enjoyable and perfect racing weather. I loved the tunnel that we went under in the beginning where two bands played. They had flashing lights to light up the place and their music echoed throughout so I could get into a running groove.

We went out too fast. That is expected with the excitement of the race. I was OK with the starting time and after the first mile tried to find my groove around 7:00 minute pace. Shalane and Joan passed me at mile 5 and they ran with the Catamount girls for a bit before moving on. They clearly were NOT racing as both just came off of Boston, but it was so cool to see them out there.

By mile 8 I was done with racing. I told myself to just run whatever I wanted and assumed that I wouldn't PR. I felt out of shape because I only ran 3 miles this entire week. It was also at this point that I kept missing my mile splits, so I really had no idea what I was running, and was running just to run. 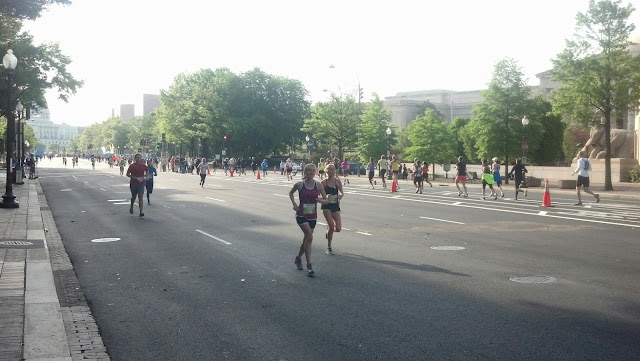 My leg was doing ok during the race, and I hadn't felt my foot since we lined up. I was too negative going into the race and couldn't pull myself out of the funk. If I had pulled myself out, then I could have PRed. I missed it by 38 seconds. D'OH! In fact, if I had been in shape and had been in a positive spirit, I probably could have finished near Shalane, who got a 1:32. I was only THREE minutes away. 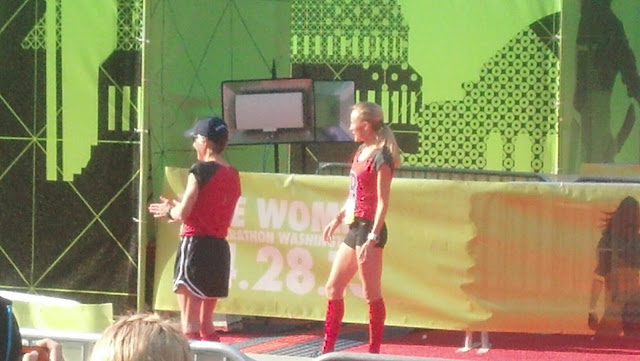 Lesson learned: negative thinking doesn't get you to your goals. 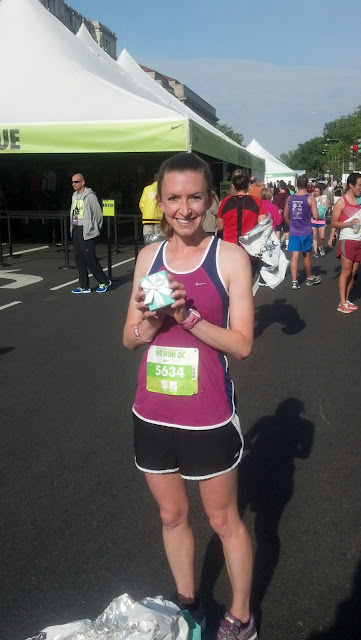 Overall, it was a great race. It was well run. There was plenty of food at the end, and I am totally in love with the finisher's t-shirt and of course, the Tiffany's necklace! I even got to high-five Shalane and Joan as I crossed the finish! Being with them at the start and the finish was way better than the actual necklace - which had originally been my motivation for this race.

It was so awesome to see these two ladies, who have accomplished so much in the running world. Way to go Nike for getting them to come along! It was also awesome to see friends from Vermont, including the two girls I ran with and a friend that passed me at mile 11. 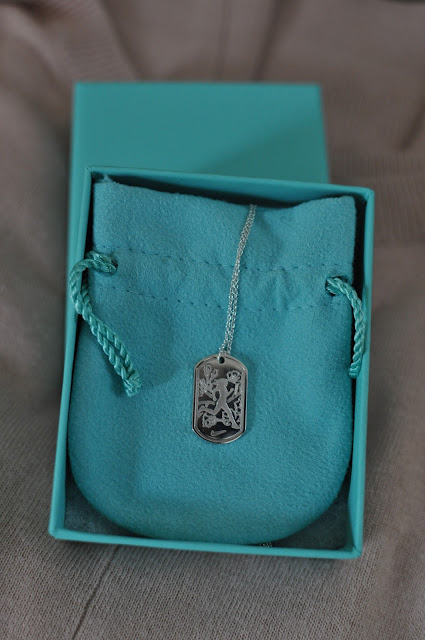 This was a great race and the atmosphere was awesome the entire weekend. I am definitely going to run it next year if my name is drawn again! *crossmyfingers*
at 3:39 PM