I wouldn't touch it when I was little. I had a weird thing where I wouldn't eat the foods that my dad ate. Peppers, onions, pickles, frog legs, Italian sandwiches, you name it. He thought I was the pickiest eater. I thought he just ate weird things.

Little did he nor I know that I would be dating a guy that LOVES chili. The first time I ate it was my senior year in college. Or perhaps it was our junior year. Anyway, that's when Tom started his chili-making tradition and since then it has earned a place at our dinner table each winter.

Yesterday New Duds hosted their THIRD ANNUAL CHILI COOK-OFF!!! (Can you tell that I was excited about it?) 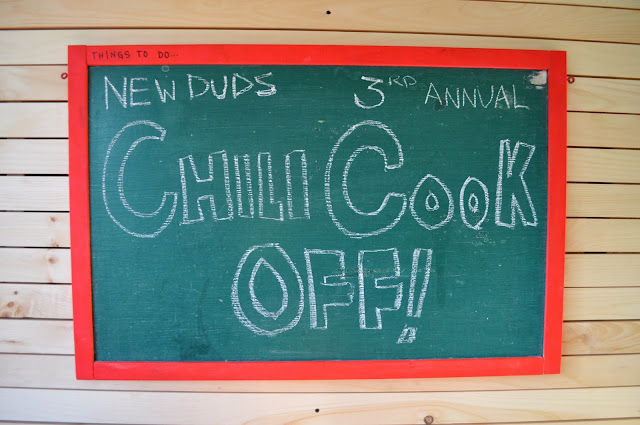 There were 13 different Chili recipes to try and this year was by far the best tasting year. I had five favorites, each very different from the others. It was difficult for me to make my voting decision. 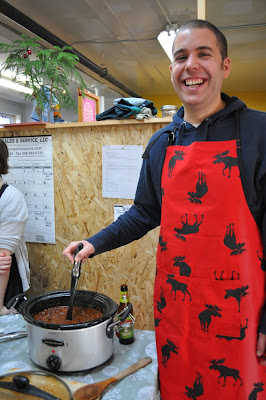 My favorite was from this guy, Ben. His chili, called "Good Mems", included chocolate and Heady Topper by the Alchemist. His lime croutons were absolutely delicious, and were perfect with the chili. We couldn't stop munching on them after the judging.

More photos from the event are on the New Duds Facebook page.

Tom didn't compete this year but tested out a new Chili recipe a few weeks ago from Tracey's Culinary Adventures: her Slow Cooker Tequila Lime Chili. 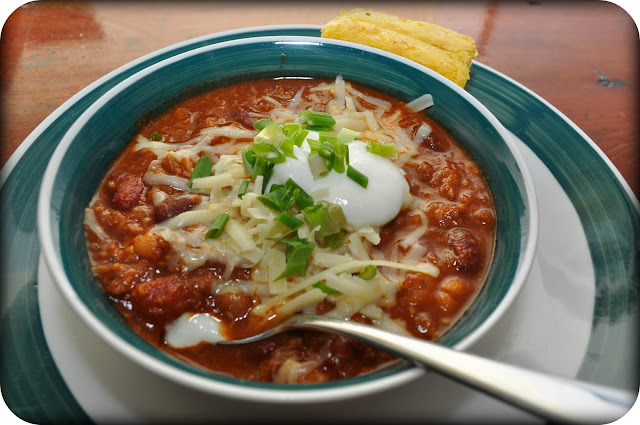 It was delicious! It had a touch of tequila and lime and the spice was perfect for Dani's tastebuds. We even made it a second time so we could have more left overs. And no chili would be complete without cornbread. 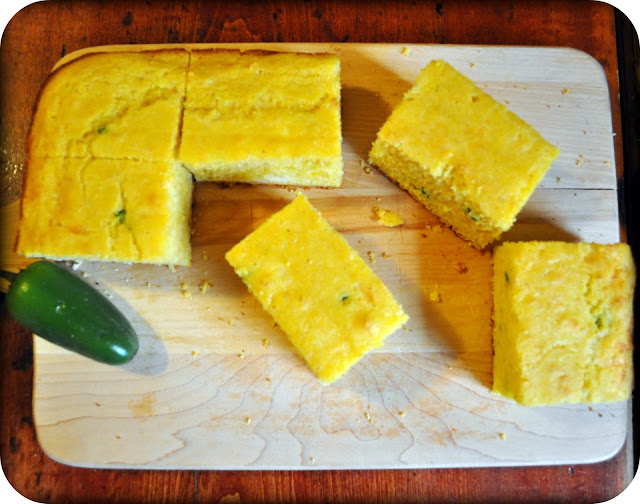 I used the cornbread recipe from Baking Illustrated. I've said it before and I'll say it again: this is an awesome baking book and would make a great Christmas gift for the baker on your list! I have yet to come across a bad recipe. In fact, I don't believe it's possible for these people.

Oh, and remember how I wouldn't touch the foods my dad ate? I now love all of the items I listed. Except for the frog legs....
at 7:03 PM