I hope everyone had a wonderful Thanksgiving. I headed home for the day and it was great to catch up with the family. We ate an early meal for us (2:00 instead of 5:00) which was great because I needed those extra hours for digestion. I was full well before I could finish my plate and still didn't pass up apple-pie dessert. 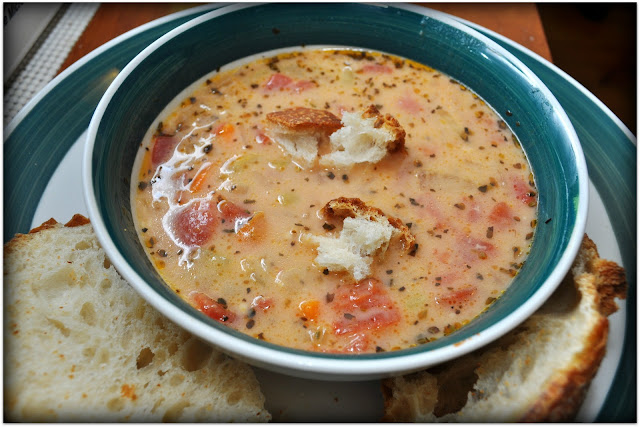 The week off from school was wonderful and it gave me many opportunities to try out new recipes over the vacation. Pinterest had my eye once again, this time a Tomato Basil Parmesan soup recipe from 365 Days of Slow Cooking. 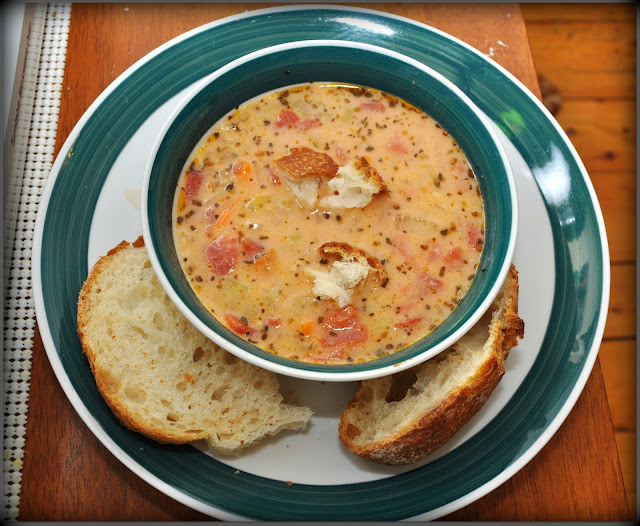 I used skim milk instead of half and half, but did add a little bit of heavy cream (I was too lazy to run out to the store for the half and half).The soup was delicious but probably would have been amazing had I used fresh basil.

It's back to school for me tomorrow for another two weeks before I'm finished with the rest of the semester. Yikes! 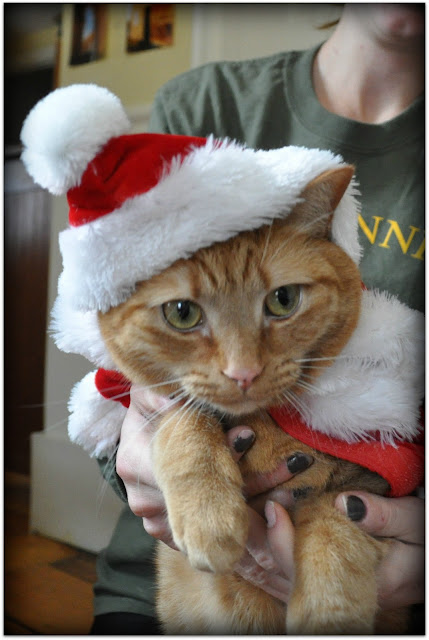 Besides getting three new awesome toys, he got a photo shoot in his too-small Santa Suit.

I think it's hilarious to watch him try to squirm his way out of it.
at 8:19 PM