Boston 2012: The Race through Tom's Eyes

I will never be fast enough to know what it's like to have a helicopter following you as you run, or to run behind a van with cameras the whole time. Because of this, I had a lot of fun looking at Tom's photos from Boston that showed what does go on at the front of the race. 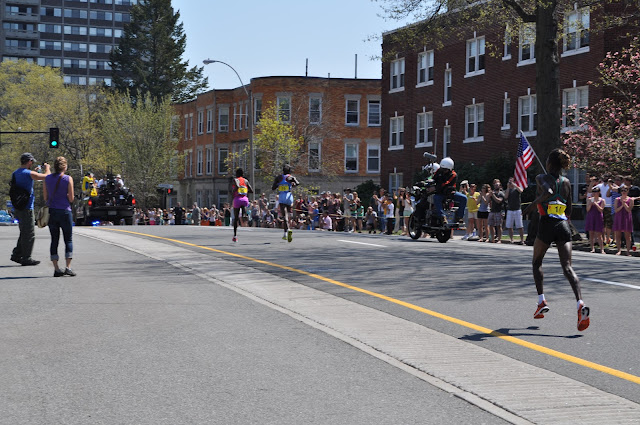 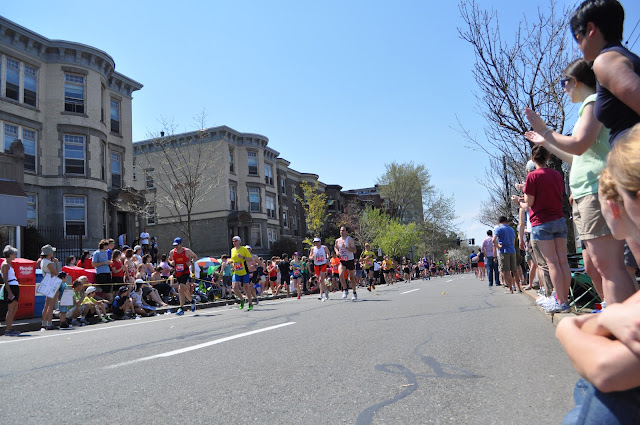 Alright, now onto the other runners. These may not be elite runners, but they made sure they stood out in their own way. 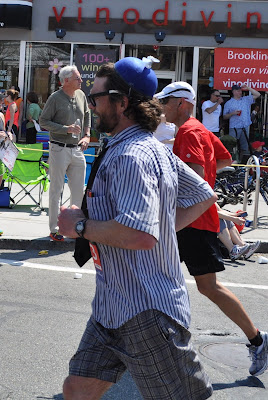 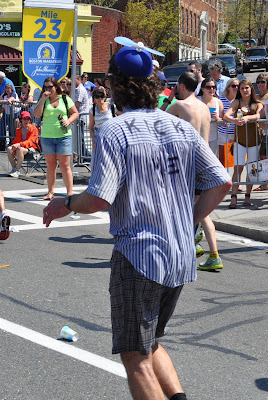 And for the last photo, I will leave you with Hamburger man. Who passed me. That's as bad as the banana that passed me in the Vermont City Marathon. Ugh! Talk about embarrassment! 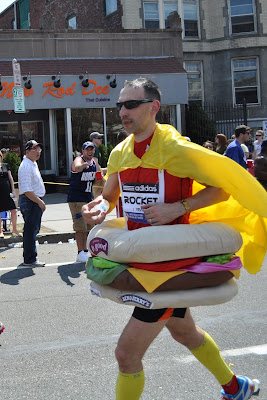 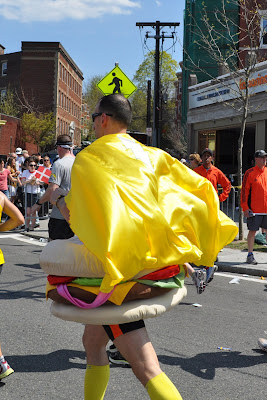