Tuesday night I had the opportunity to make dinner using a recipe that Tom had found this weekend: Skillet Chicken with Pepperoni Sauce. When I asked him what it was, he said it was like pizza!

Ok, but doesn't pizza have dough?


Yeah, that's why the recipe doesn't have pizza in the name. Because it isn't pizza.

I went along because I like pepperoni, we had chicken in the fridge, and I cannot resist melted Mozzarella. The verdict: It was actually quite tasty and I would certainly make this again.

We were able to use more of the Vermont Smoke and Cure Pepperoni from the pizza making in this recipe. Now we only have one package left. This could potentially be a problem, but fortunately we'll be making a VT visit soon and can pick up more. 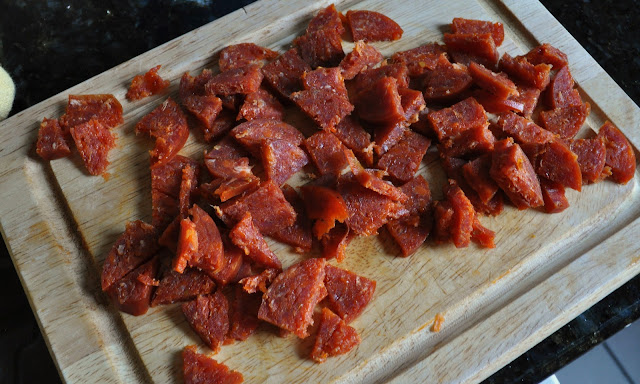 Throw that pepperoni in a pan with some olive oil and garlic, and let it cook up for a 2 minutes (stirring frequently). 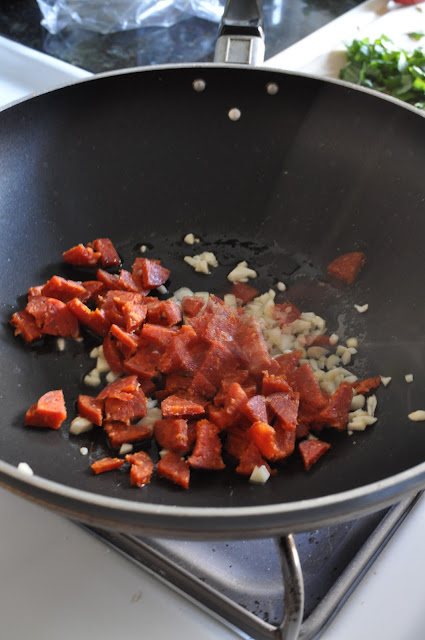 After two minutes, it's time for some pasta sauce. Turn the temp to medium low and let that simmer for 5 minutes. This is when the chicken strips were started, seasoned with pepper, and cooked for 3 minutes on each side. 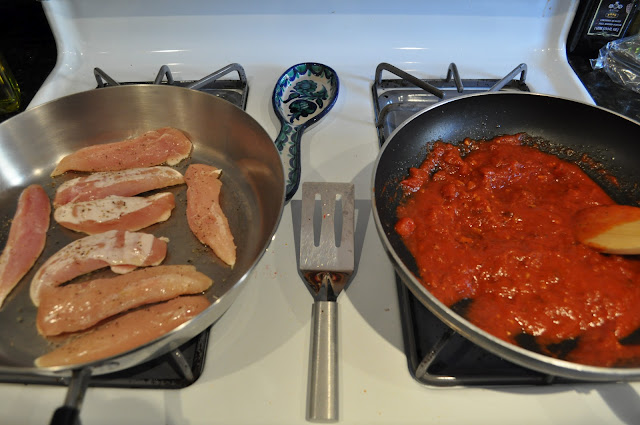 Once the pasta sauce mix has simmered for 5 minutes, remove from heat and add in a bunch of fresh, chopped basil. Let that sit until the chicken is ready. 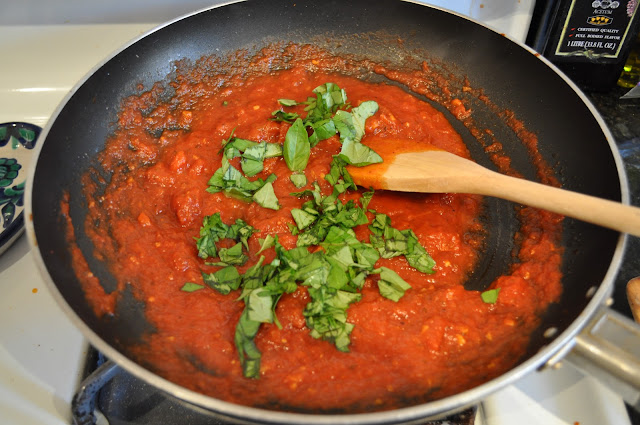 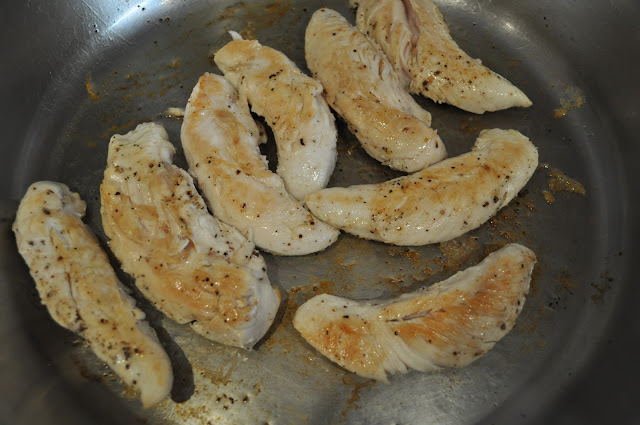 The recipe called for the chicken to be cooked in a skillet, therefore, allowing you to add the sauce mixture to the skillet, to top that with Mozzarella, and then to easily put the whole thing into the oven to broil for two minutes. We decided to transfer our chicken and toppings to a glass pan and it worked just as well.

The finish product is below. It is certainly not the fanciest looking meal but it turns out to be a quick, tasty, easy weeknight dish with a bunch of flavor. It is also good for those who can't eat the gluten-filled dough of a pizza - it's a dough-less pizza! 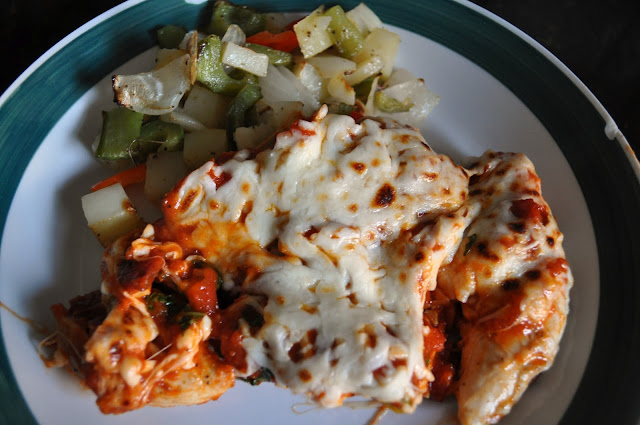