When we moved to DC I worried that I would miss out on the local produce that is so abundant in Vermont, and that there would be no farmer's markets in the area. Geesh, what a dorkus I was. My worry was put to rest during our first weekend in the city, when we ran by a great market in Dupont Circle. It wasn't until yesterday that Tom and I finally had a chance to check it out.

The day greeted us with cooler temperatures, blue skies, and plenty of places along the way to stop and eat our goodies. One woman remarked that it felt like September. It was a perfect day. 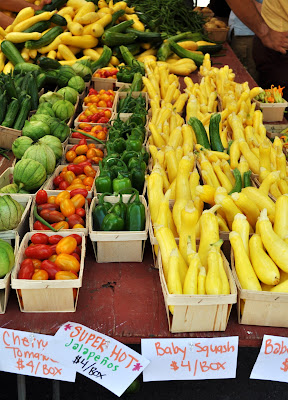 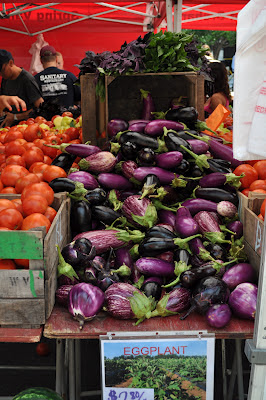 Free samples of peaches, nectarines, watermelon, and cantaloupe were served at every stall, and some vendors even welcomed customers to taste the berries before purchasing. We fell in love with the peaches and snagged a few at one stand, then purchased a box of organic raspberries at another. Farm-fresh fruit is so much more flavorful than supermarket fruit, and I love being able to see the farmers (or at least their staff) that I am supporting. 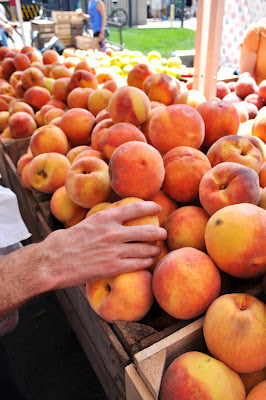 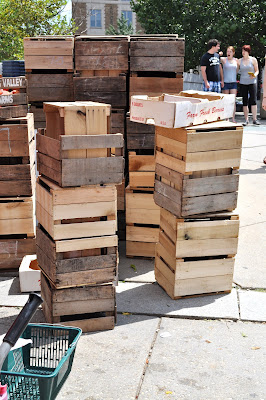 Tomatoes are definitely in season and there were a wide variety of tomatoes found at each stall. We decided not to buy any since we're leaving for VT this week. It would be a shame to have veggies go bad while we're gone. 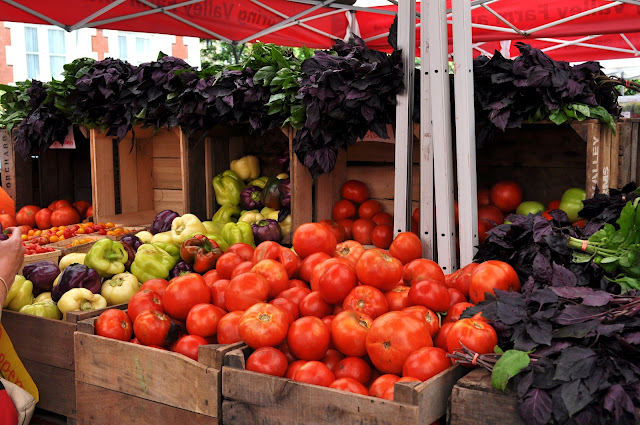 Tom lucked out. He's been without Rosie's Beef Jerky for a few weeks and found this Buffalo Jerky to hold him over until we can get back to Vermont to replenish his stock. 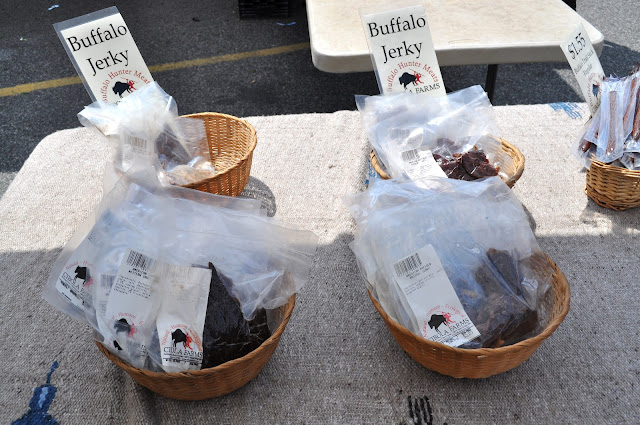 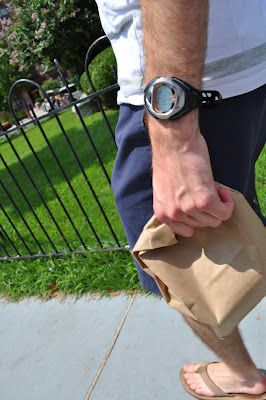 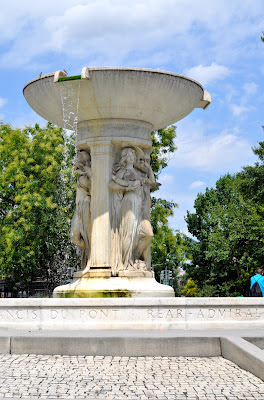 We stopped by the fountain to enjoy the jerky and peaches, and to soak up the sun. 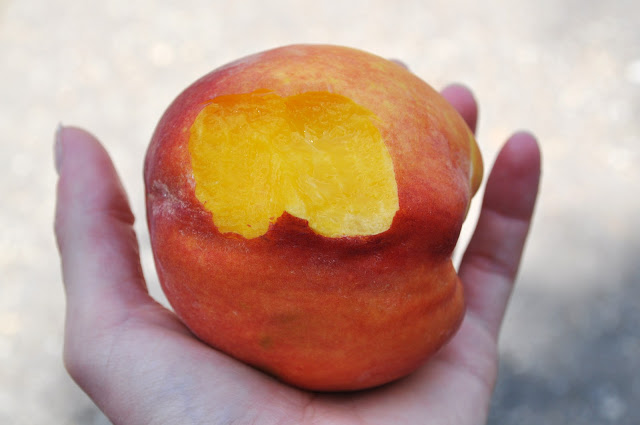 We also stopped at Hello Cupcake's Dupont Circle location for an afternoon pick-me-up. I mean, if Tom can get beef jerky, then I certainly need a cupcake. It took me a while to decide between the strawberry lemonade cake and a more traditional, vanilla cake and chocolate frosting. Ultimately I went with the classic. I'm trying to find one that is just as good as the my little cupcake version, and after this one, I am still looking.

We stopped at a mini-park on our walk back home to enjoy the cupcakes. Note: If you want to make sure that I have fun and am in a good mood on a 1.7 mile walk, then be sure to give me a cupcake half way through. They were a little melted by this point, but were still just as effective! 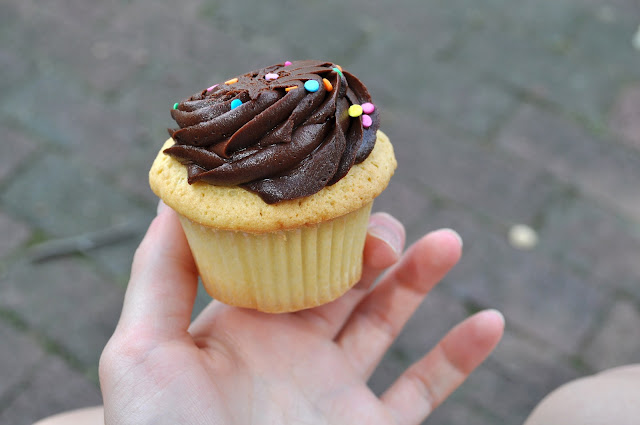 The frosting tasted great, but the cake was lacking some flavor. It was a nice, fluffy cake, but it did not taste like vanilla. Yikes! I'm starting to sound like a cupcake snob. Anyway, I enjoyed the cupcake, but have had more delicious ones. Will I go back? Yes! I need to try the strawberry lemonade. 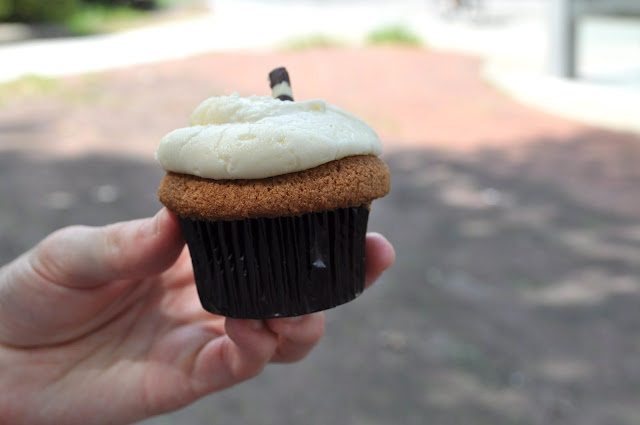 Tom opted for the Root Beer Float cupcake. At first it tasted like a gingerbread cupcake. It wasn't until I was done eating it that I could really taste the root beer. It's funny how he always goes for unique flavors and I tend to hit somewhat boring chocolate and vanilla combos. 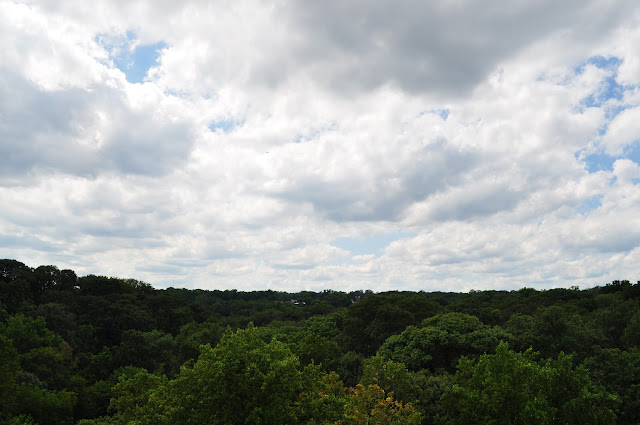 That evening we enjoyed some of our farmer's market finds with our dinner. Tom found two great recipes on tastespotting.com and was the chef of the evening. He made really delicious corn on the cob, green beans with walnuts and balsamic, and honey-dijon glazed chicken. We'll definitely be using those recipes again in the future! 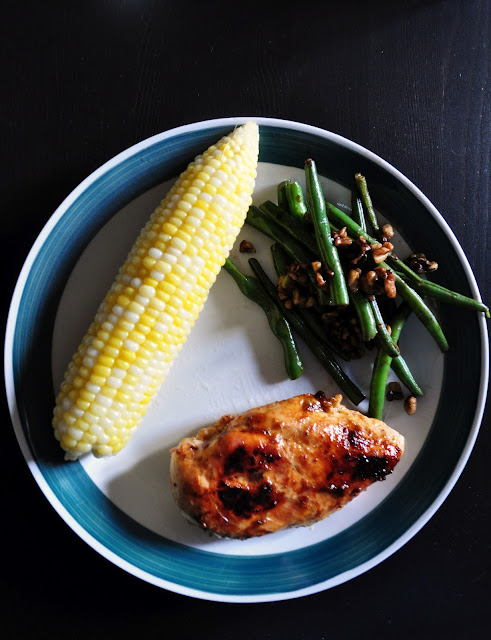