Have I really only completed 7 weeks of training? I swear, it feels like it has been a lot more. I don't mean that in a bad way, but I'm feeling too good (*knockonwood*) for only 7 weeks.

Monday: Two workouts that equaled a combined 5 miles.
I love being able to do errands (go to the bank, post office, library, grocery shop, etc.) while running, and today ended up being one of those days. We brought the car to the garage in the morning to recharge the AC and I ran to the garage in the afternoon to pick it up. That gave me 2 miles, and the other 3 miles came that evening at the first XC practice of the season. They were a very easy 3 miles and I was extremely thankful for an easier day of running.

Tuesday: Speed Workout, 8.6 miles total.
I ran a 2.5 mile warm-up before tackling my track workout. Once again, I was running faster than target pace. I really need to focus on pace and slow myself during the workout, but it's hard when the entire women's soccer team is out practicing and there's a guy on the track running speedy 400s. The plan was to run 6 x 800m, but since the first four 800s were so quick, I decided to combine the last two into a 1600m and "take it slower". I almost succeeded, but barely slowed down. The cool-down was a 2.5 mile run back home. I would love to focus on more consistent intervals next time. I used to be awesome at consistent 200s in college, but not so much anymore. 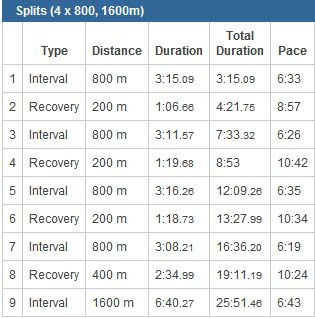 Tuesday night we boarded JetBlue and flew to VT! Perhaps my excitement of the trip was also a factor in the speedy and uneven 800s.

Thursday: 7.2 miles, 7:46 min/mile pace. I loooooved running back on my old running routes. I combined two high school routes to make for a 7 miler, and couldn't believe how much easier the run felt now than it did back in 2004/2005. I was very excited to be out on the run and tried to soak in as much fresh VT air as possible. It was also amazing how quiet it was compared to DC runs. My favorite running is rolling hills that pass through open fields and have great views of the Green Mountains, and this run provided that.

Friday: 7.2 miles, 8:06 min/mile pace. Tom and I went to a wedding the night before and had a blast dancing to the music for a few hours Needless to say, the legs were a little tired in the morning so I took the run a bit slower. It was a good 20 degrees cooler than in DC, which meant that by the time I finished running I was barely sweating. I ran the same route as the day before since I didn't think I got enough of it on Thrusday.

Saturday: 7.2 miles at 7:56 min/mile pace.
This was one of those Vermont days that you never want to end. When I headed out the door for my run, I did something I normally don't do: I ran on an empty stomach. I needed to run as soon as I woke up and thought that I could make it for the 7 miles. I felt fine on the run, but wouldn't want to go any longer without food. 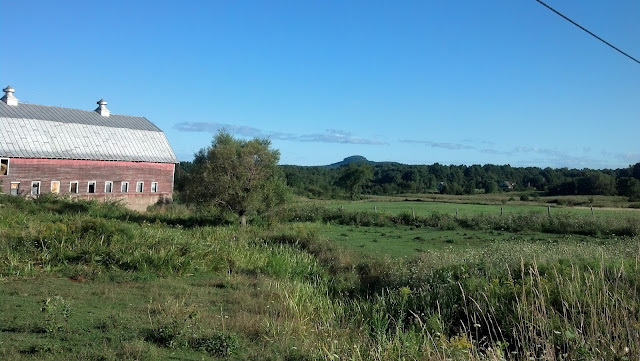 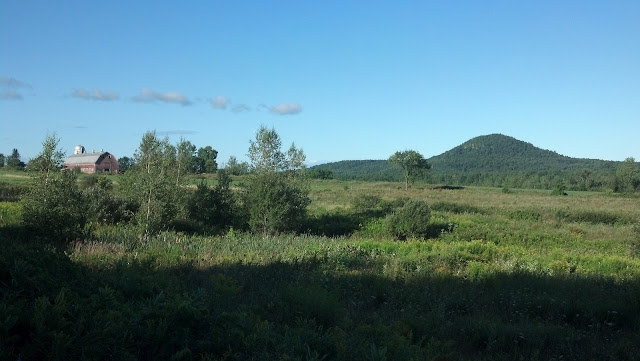 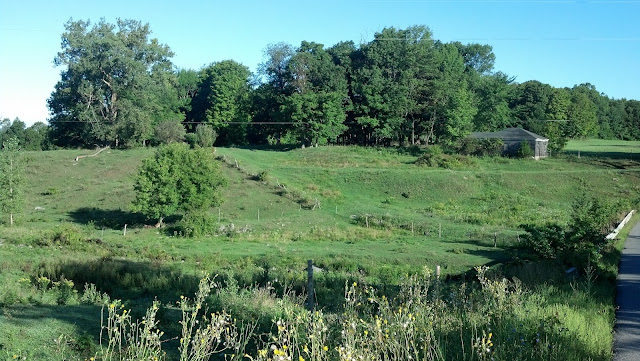 It may be possible that I talked to some of the cows that grazed along this hill during 2 out of the 3 of my runs. I hope that doesn't make me a crazy person... 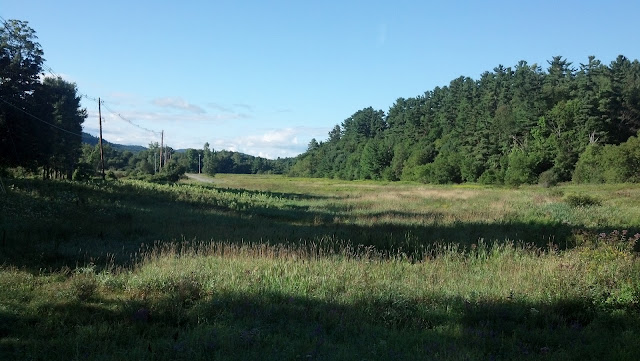 I took the phone along to take photos, but wished it could capture sounds and smells besides just the visuals (which still don't look as good as the real thing). The crickets served as my "ipod" and I listened to their music along the way. The sky was so blue and the morning felt so crisp. It was the most beautiful day I could have asked for for my last day in VT.

Sunday: 14 miles at 8:01 min/mile pace.
I was almost dreading this run: I had 4.5 hours of sleep last night because we had to wake up at 4am and board a 6 am flight. However, I managed to snooze for 45 minutes when we got home, waiting for the rain to pass by, and by the time I left for the run it had stopped raining and I had more energy.

The run went surprisingly well for no sleep. I think the few days of VT running did something to my legs and they felt really great. The hills that normally bother me here felt alright, and I wasn't tired until mile 11, when my belly starting to get hunger pains.

I had to remind myself to run slow, but I did not run as slow as I should have. The longer runs should be at a more relaxed pace and I will need to continue to work on that. Perhaps that will be next week's goal.

New Shoes!
I completed my goal for last week: to buy new shoes. I got them on Tuesday, right before we left for VT. I like to change my shoes after about 400 miles, but my most recent pair had over 500. I was starting to feel shin splints and knew I needed new ones ASAP!

I asked the girl at the store to help me out. She pulled out at least 5 different shoes and had me test them all on the treadmill. Turns out that the reason I was getting bad blisters in my Asics shoes was.... drumroll please.... I was being stupid and buying shoes that were too small. I definitely think that 7.5 is a much cooler number than 8, but 8 it is.

It took me a good 10 minutes to decide between the pair of Mizunos and Brooks. Ultimately, I went with Mizuno, but when I left the store I felt bad that I left the Brooks behind. They looked way cooler ( black, yellow, and silver), and actually felt wonderful. I thought that the Mizunos felt more like the Asics (wider in the front) and that perhaps it wouldn't be much of a transition for my feet and legs to get used to. I suppose we'll find out a in a few days or weeks if my body likes the shoes.

I probably would have gone back to Asics if they had had my size at the store. They could have ordered it but I wanted new shoes for the trip home. Apparently Mizuno runs small, because I ended up getting 8.5, which is a whole size larger than my old running shoes. 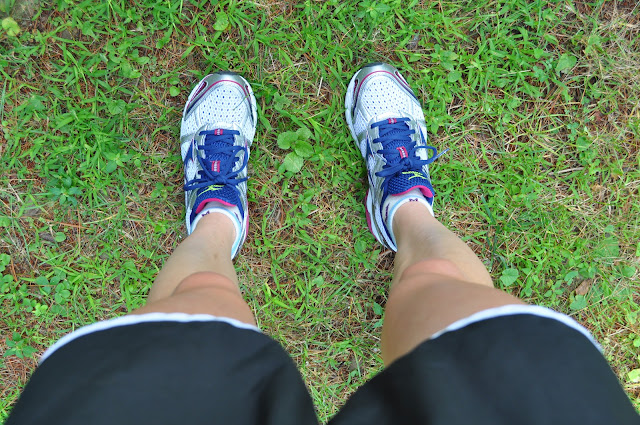 It felt odd on the first run to have so much space, and I am curious to see what happens when the shoes are fully broken in.

The other new piece of information that I learned is that I am way overdue on getting new orthotics. I haven't had new ones since 2006. Apparently you need them every year. Oops! Yet another thing to add to my list of to-do's for this fall.