Tom and I headed out to the Nike Expotique this morning to pick up my packet, and we ran into two former UVM teammates! I knew they were both running tomorrow, but wasn't expecting to be able to catch up with them randomly at the Expo. It was really great to see them again! 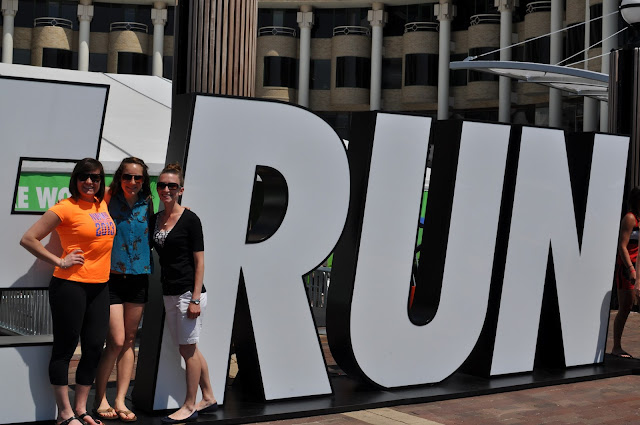 The Expo was pretty cramped due to the 15,000 (mostly) women that are running tomorrow. The expo was not like others I've been to. Clearly Nike is the center of attention, but there were free samples from Bare Essentials and Luna as well. There was a "Nuun lounge" where I was able to finally try some. They'll be handing out Nuun on the course tomorrow instead of the usual Gatorade and I'm excited for the change. After the Nuun, we entered to win some Nike shoes but didn't win any. I was hoping to catch Shalane Flanagan but we left right before she was scheduled to arrive. 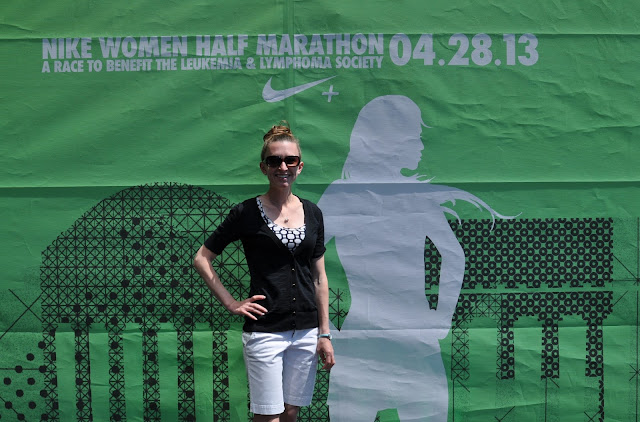 We ate dinner at Thunder Burger in Georgetown last night with some friends (best burger of my life!) and it was then that we discovered the GIANT Nike wall of names. We headed back there after the expo to get a daytime shot of my name, and to check out the Nike store. It. was. packed. 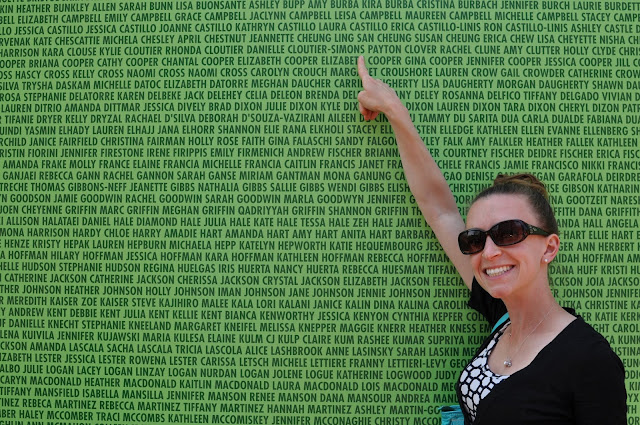 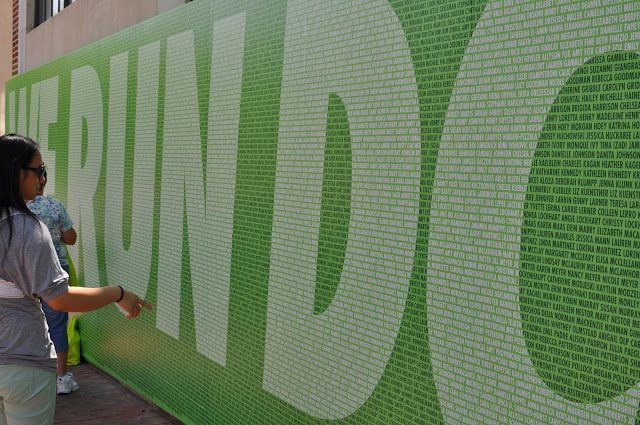 I really wanted to buy something, but talked myself out of it. I get caught up in the event excitement easily and have to remind myself that a t-shirt is not a necessity and that life will go on if I don't get one. 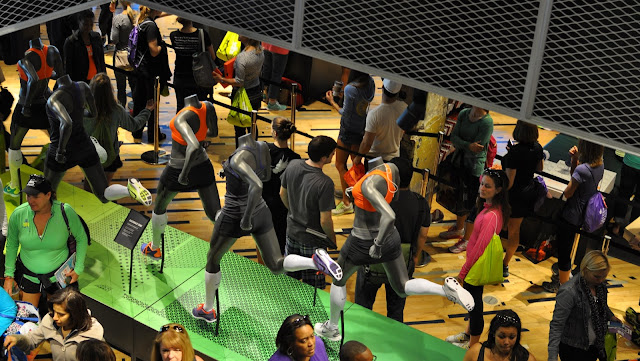 In terms of running tomorrow, I have no idea what to expect. I ran for 20 minutes this morning. The hamstring pain subsided after 5 minutes, but the foot pain lasted throughout. I'll ice some more tonight, foam roll a little more, and hope that some miracle can happen tomorrow that will get me to the finish in one piece.
at 5:40 PM