We're on our FIFTH snow day of this winter! I swear - we have  had more of them down here in DC than we did in two years of school in Vermont! It's been a crazy (and cold) winter. 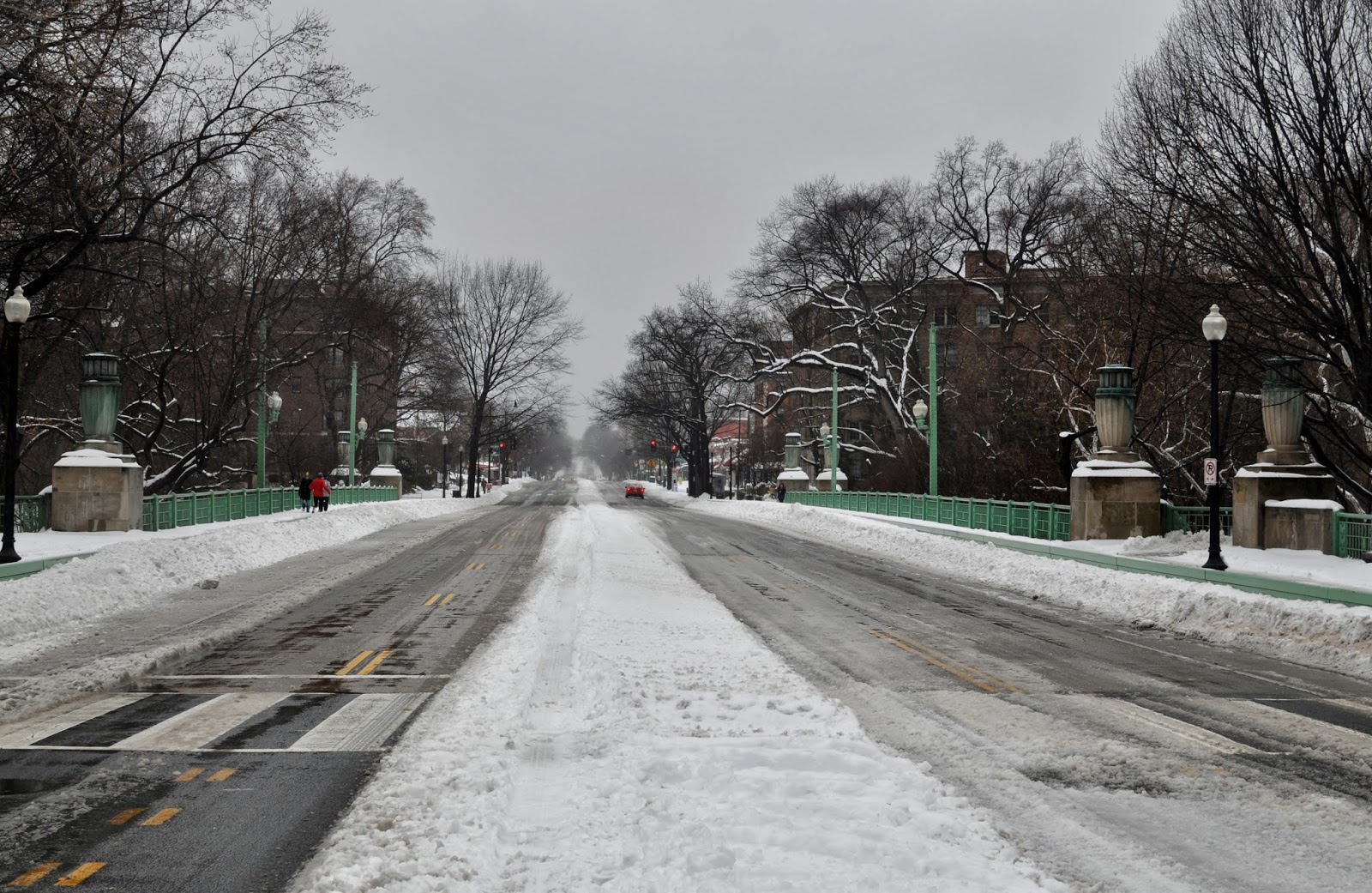 Tom woke up excited to get out into the snow. We bundled up and made our way to a local bakery to enjoy warm drinks and a cinnamon bun. Not a lot was open, so the bakery became like a little meeting spot for local folks. 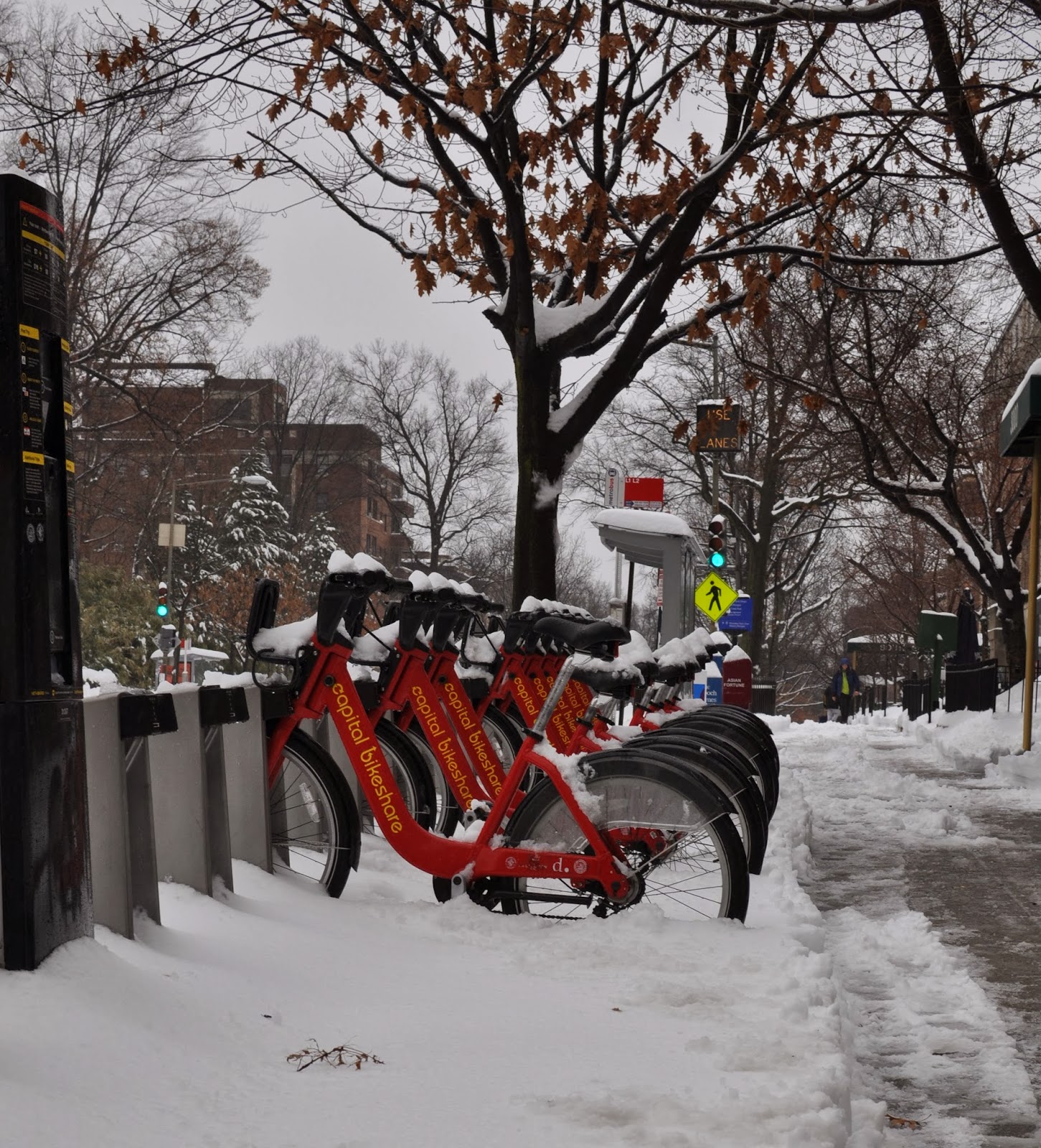 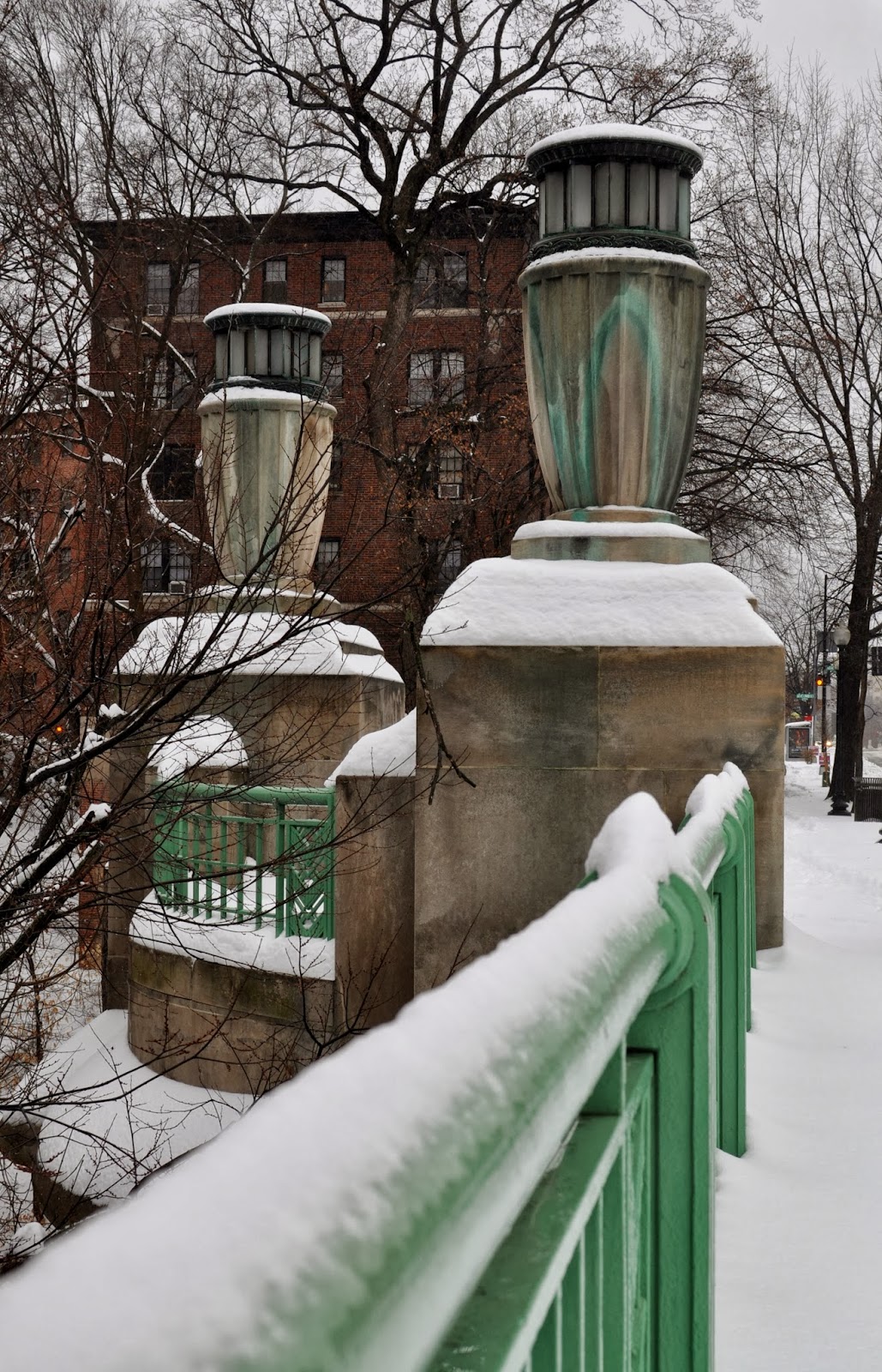 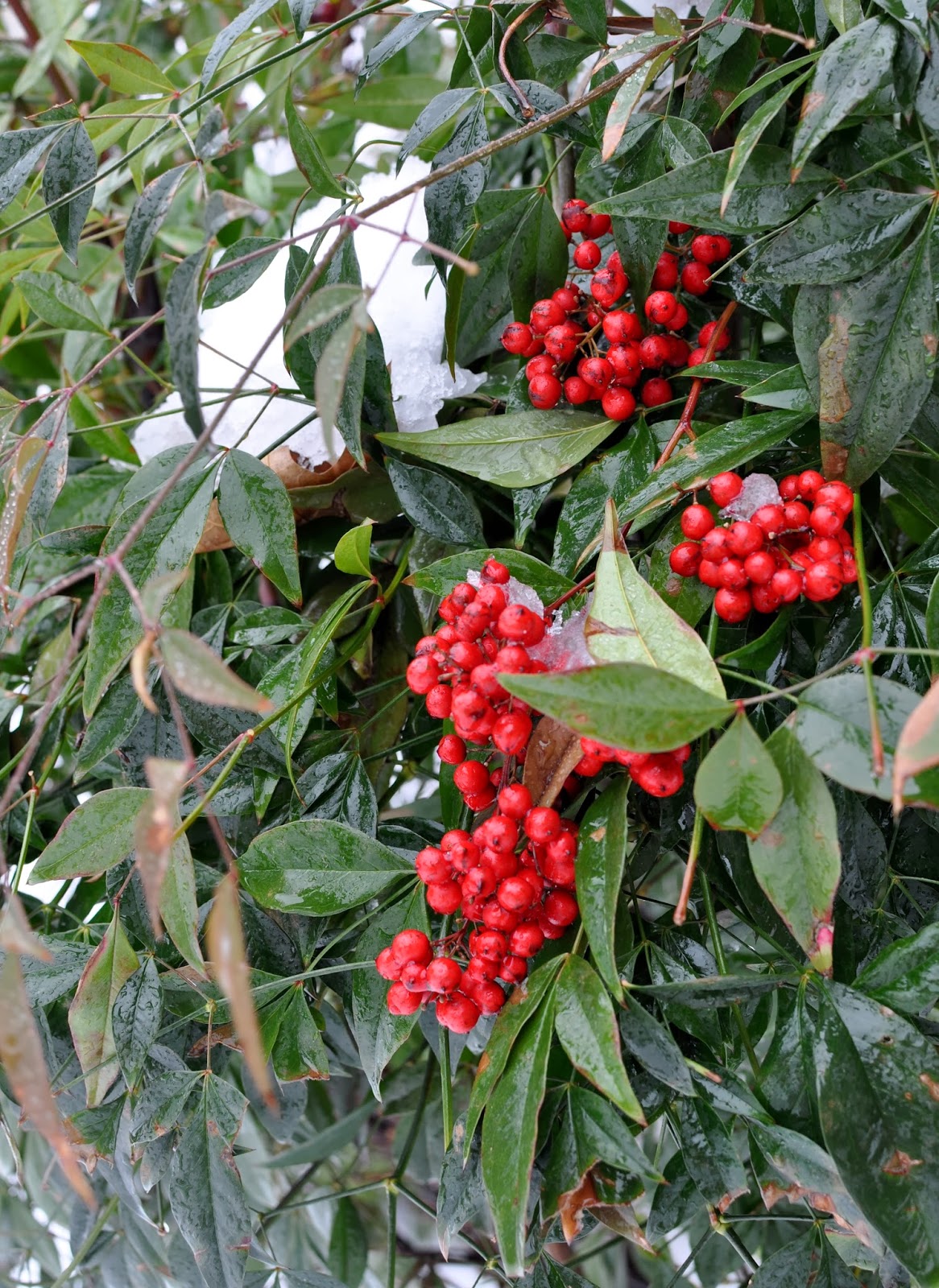 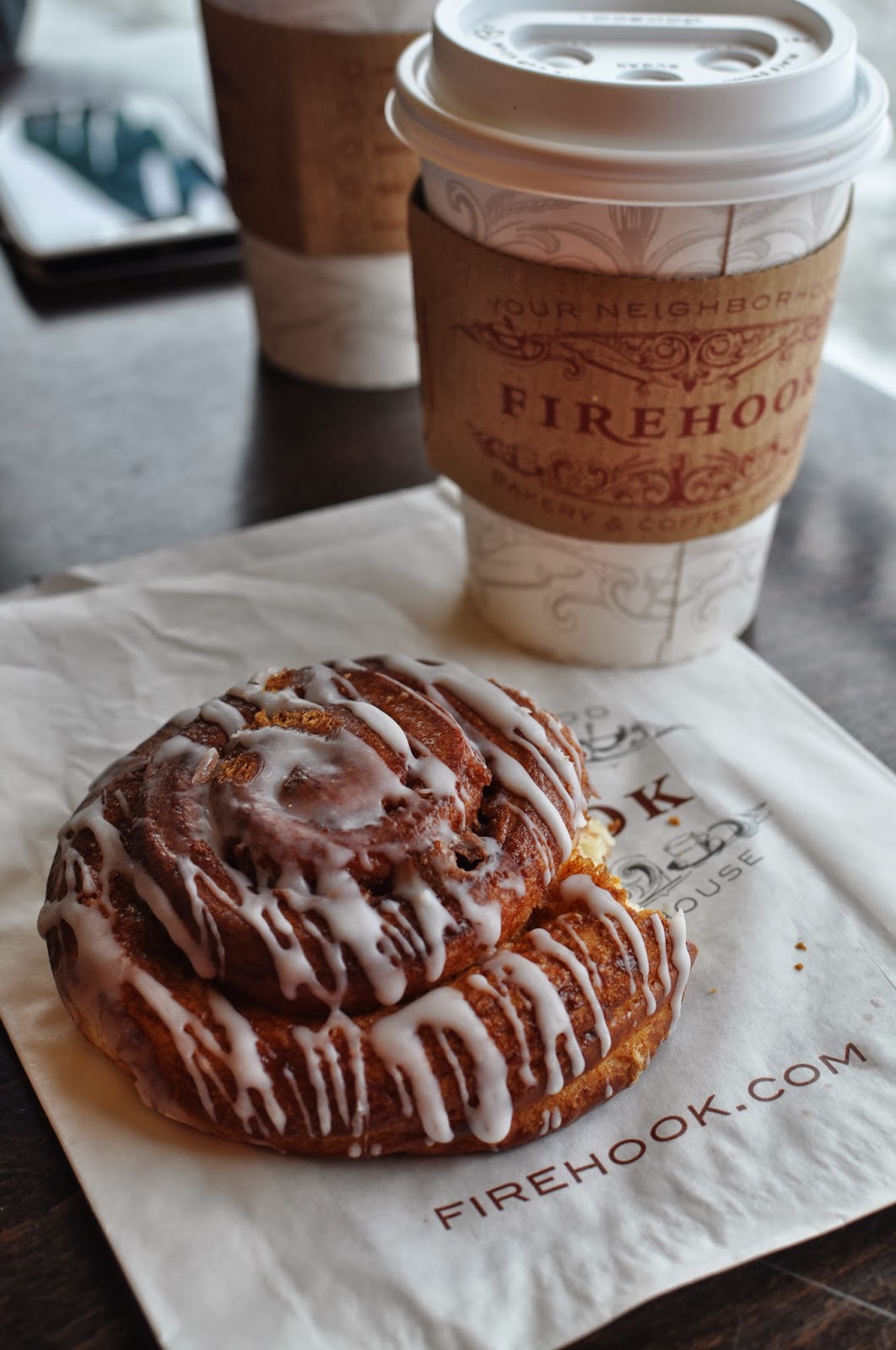 This afternoon we met up with a friend and ran down to the monuments. I knew that friends and monuments would be the only way to get me out the door today. Since the roads were cleaner than the sidewalks, we found ourselves running right in the street at times. Today is probably the only day you can run in the streets near Dupont and NOT get killed by doing so! Few people were out on the roads and the streets were still pretty messy.

It's been interesting to compare the differences in winter storm preparation between DC and VT. While downtown, we saw a parade of 5 dump truck-plows drive by to plow one street. If there's ever a snow warning the sidewalks are coated with salt beforehand. And I mean, absolutely coated to the point where they are now white sidewalks.

Only a few folks had ventured out to the monuments - which made it incredibly peaceful and allowed the guys to have snow ball fights when they pleased. 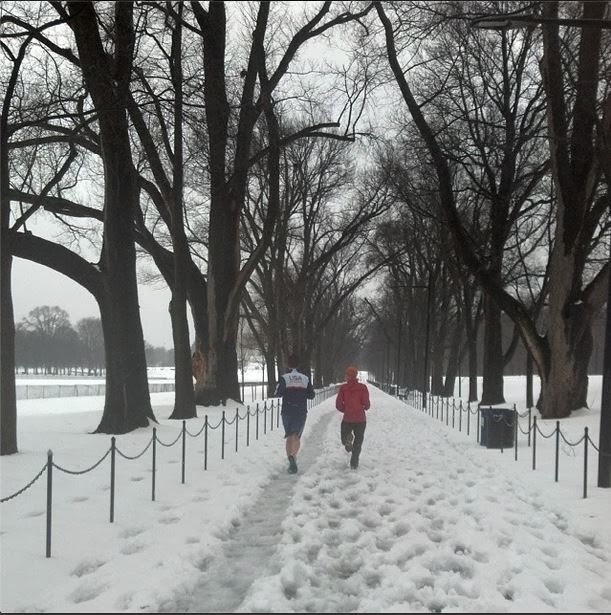 The snow is wet and there's a lot of water on the streets. After getting our shoes wet enough times on the way down we gave up on trying to avoid puddles and began to jump through everything. 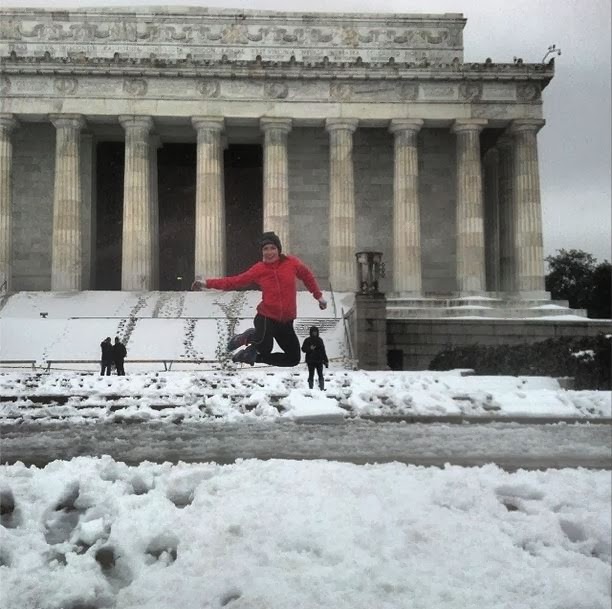 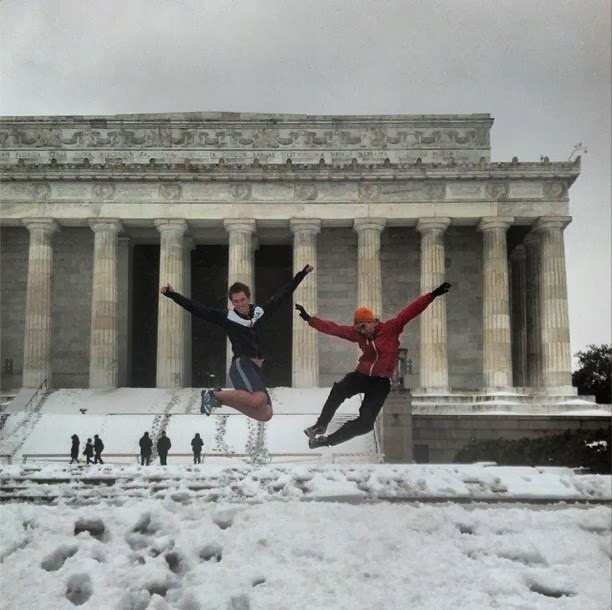 Our way back home Rock Creek was a bit more challenging. We had to make our own path at times but it was beautiful nonetheless. 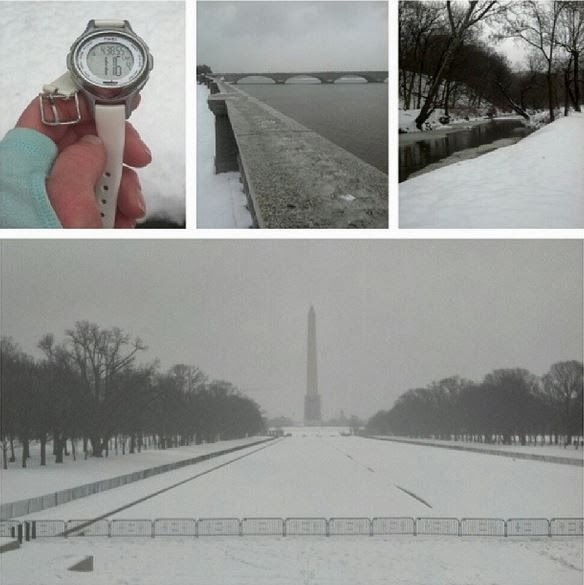 This was EXACTLY the type of run I needed to break away from the mid-winter funk I've felt over the last few weeks. We had fun and got to explore like kids and forget about any training cycle! We're supposed to get a few more inches tonight so who knows what tomorrow's run may bring!
at 3:23 PM