During my first year of teaching I made a bet with a student that if we ran a race I would beat him. He was an 8th grader back then, and at the time I figured we wouldn't actually race each other. Little did I know that he would come out to join the cross country team the following year. Nor did I know that I would get a chance to race him this year, as we both ran the Walk (I say RUN) to End HIV 5K two weekends ago. 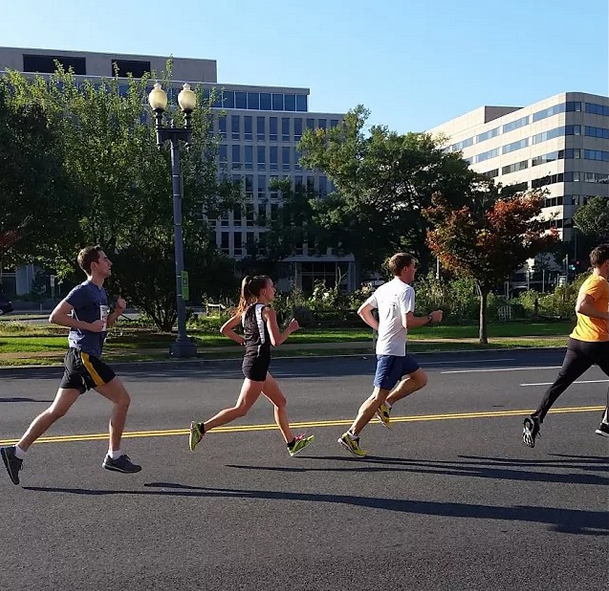 Race Morning:
It was really fun to be able to run in a race with all of my cross country kids for the first time. They were excited to be running a flat road race instead of the hilly and grassy courses they are used to. They were also really cute at the start when they did their traditional pre-race cheer, and made sure to change up the cheer to shout "Coach Svetlana", their nickname they gave me last year.

They all knew about the bet, of course, and it was awesome when the athlete I had the bet with walked up to the front of the line saying "If we're going to race then I need to start up here with you."

A few of the boys on our team went out ahead of me. I let them. I knew how to run my own race. I also thought that the boys would slow a little later in the race which would allow me to catch up. A few women also sprinted ahead of me at the start. I felt off and couldn't stay up with the, nor did I want to ruin the 6:10 that I knew I needed to hit. I didn't feel energized like my last few races, so I had no clue what was in store for me. 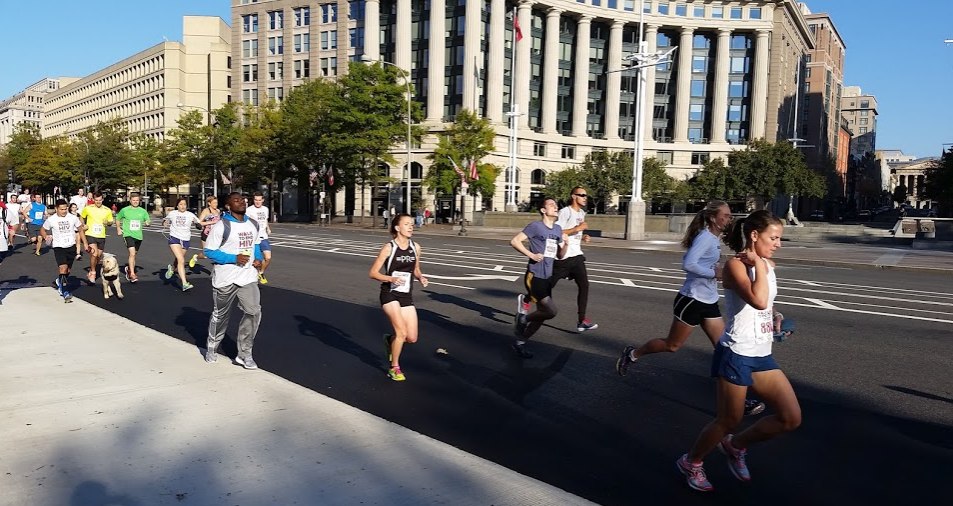 We got to the first mile marker: 6:14. Good. I was OK with being slower than 6:10. It gave me the confidence that I wouldn't die, but I knew that I also needed to push over the next two miles. Two of our kids were ahead of me still at this point.

After mile 1, the course took us in a new direction and the wind was blowing against us. Luckily I was able to get behind a few guys to draft for that portion of the race. Sometimes it comes in handy to be a female and the shortest one around.

The course was an out and back which allowed us to see everyone behind us as we made our way through the second half of the race. A lot of our athletes cheered for us, but I was way too focused to cheer back. I felt so bad for doing that. I could barely breath at that point, let alone shout out to them, and I was way too focused on the boys ahead of me.

I caught up to one of our athletes, the boy I made the bet with, at this time and together we made our way to mile two. We hit it at 12:25 - a 6:10 mile. GOOD! It was a good time for me, but an even better time for the kid I was running with, who hadn't run that fast of a this season. I was super excited to see our kids racing their way to a PR, but couldn't form a coherent sentence to tell them. 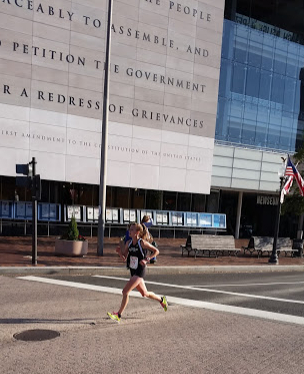 I eventually pulled away and set my sites ahead of me to another boy on our team that was running with the two women ahead of me. I was afraid of pushing too hard at this point in the race to make myself throw up, but now know that I should have pushed harder. I kept getting closer to the lead ladies, but not fast enough. At some point I realized that I was totally letting myself trail behind them and that I wasn't actually in Race Mode. I needed to work, and this was my last chance.

With about 40 seconds left of the race I passed the two women ahead of me at the same time. Not having seen the any other females for some time, I starting to think I was in the lead - but definitely not positive. I saw the clock hit 19:01 just before I made it to the end and my first thought was that our lead boy was going to get over a minute PR for the day! I also realized that he was going to beat me and become the first boy on our team to beat me in a few years!

I also realized that I had made some mistakes in the race that cost me breaking 19:00, which has been my goal time this summer. The whole time I was racing I felt like crap and thought that I was going to get a 20:00. Everyone in front of me looked slow. I felt slow. I just thought 20:00 would be it for the day, NOT a low 19. I believe I could have pushed harder but didn't do it until it was too late. You live and you learn.

I ended up winning the bet, but I am confident that if (or when) we race again, I will lose. This kid can beat me in every distance shorter than a 5K and by next fall, he'll take that honor as well! While I hate losing, this will be a bet I will be happy to see him win.

Thoughts:
This race was a PR, but am I happy with it? Not 100%. I was stupid:
The good news, however, is that every one of our athletes got a PR and some kids got HUGE PRs! It was so much fun to end my race and to turn around and watch our athletes finish their races with huge smiles on their faces. All of their hard work from the year paid off and it was fun to reward them with a fast PR on a fast course.

Also, I secretly really like running 5ks and 10ks in the city. It's fun to run the streets, in between the large buildings, and to see the sites like the Capitol.
at 9:42 AM