It's becoming the same story with races now: Too little sleep and too little running during the work week. The week leading up to this 10k was hectic. Crazy hectic. It was the end of the quarter, which meant comments for 110 students needed to be written, I played my saxophone in the jazz band during the Fall Concert on Wednesday, and then we had our Fall Sports Banquet on Thursday. I love it all while I'm doing it, but then I get home at 9:00 and there's no chance for a run.

A co-worker posted this race in our faculty room in October and after hearing that it was a fast course I decided to sign up. For the last month this race was my focus on all of my runs. I wanted to break 40:00. I had good speed leading up to it and had just raced a new 5k PR two weeks before. However, after the crazy work week, I had to reevaluate what my goal for the race would be. On race morning I decided that finishing would be enough. A PR would be great, but I couldn't expect it, nor did I want to put my body in the pain that would be required to get it.

I'm not a professional so I don't have the time to dedicate to running. Sometimes I have to be OK with 12 or 17 mile weeks. When those weeks happen to fall in the week leading up to a race then I have to try my hardest to talk myself into racing by convincing my mind that I'm in better shape than I am.


Race morning started off in the low 40's, but it was sunny and not windy. This was a relief, especially since we were racing on Hains Point. Tom and I volunteered at a 10K there the weekend before and the wind was horrible. I would have cried if I had to race with the wind, and the weather for this 10k was just about perfect.

We met up with a few co-workers of mine before the start. It was awesome to see and be with familiar faces at the start!

The Race:
I did an extra long run for warm up by accident and didn't get in the drills in that I normally do. I was OK with this, considering everything else had worked out better than could be asked that morning. The gun went off and we were out. I knew I was cruising and was not surprised to see 6:15 on my watch for the mile 1 marker. A little too fast, but nothing to freak out about.

I stayed right behind two girls starting at the second mile, which I went through at 6:28. When mile 3 came (6:26) I was bummed that it wasn't a 5k. 5Ks feel so nice now and I would have been very excited to be done racing. This was my third 10K ever and I still didn't know how to race it.

I passed the two girls in front of me at this point. My fourth mile was strong. I felt strong and it flew by in 6:23. I started to feel the race a little more during the 5th mile, but held on, finishing that mile in 6:29. Tom was at the 5th mile marker and that is when two girls came out of no where from behind me. Good strategy, chicas. They knew just how to throw me off my focus. They looked strong and I wasn't feeling strong. I kept counting down the tenths of a mile, which is not a great way to stay calm.

I got to mile 6 with 0.2 to go (6:31) and felt the 10k-urge to vomit. So did one of the girls in front of me who suddenly stopped and pulled off to the side. I shut my eyes knowing that if I saw anything come up I'd lose my cookies too. She saw me at that moment and decided that finishing was more important than vomiting and hopped back into the race.

Once again, like the last race, I saw the clock tick its way closer and closer to 40:00 and could not make my legs get to the finish any sooner.

I'm a little frustrated, but I know that a 39 will come with better training, more speed work on the track, and a better work week. 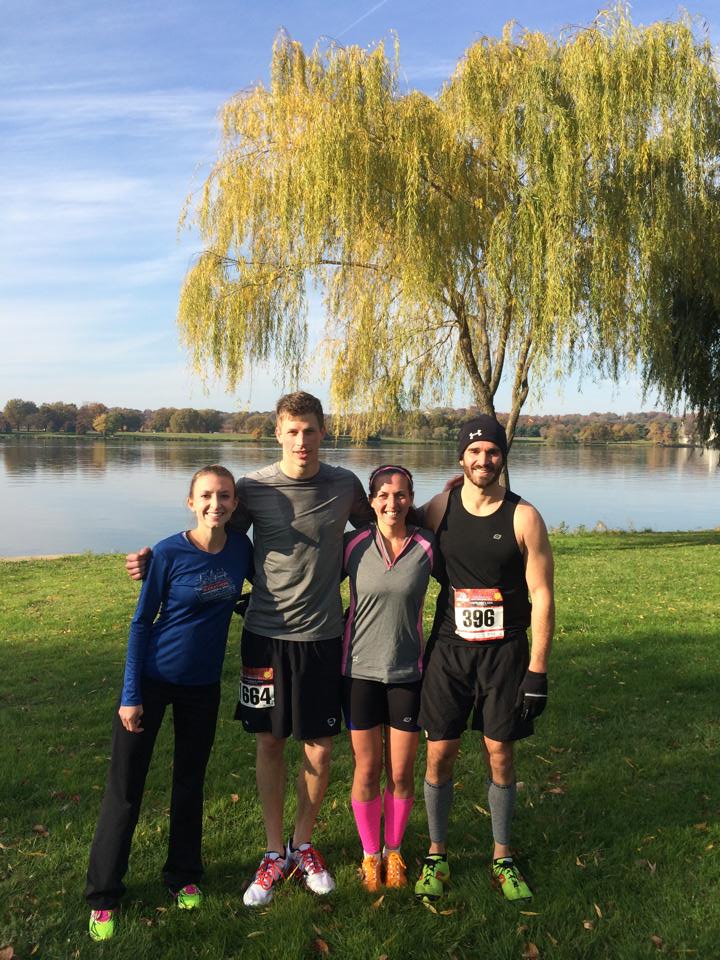 We hung out at the finish for some time and it was fun to be with friends. After the awards, Tom and I paid a visit to Thomas Jefferson.We had fun enjoying the peacefulness of DC at that hour in the morning. 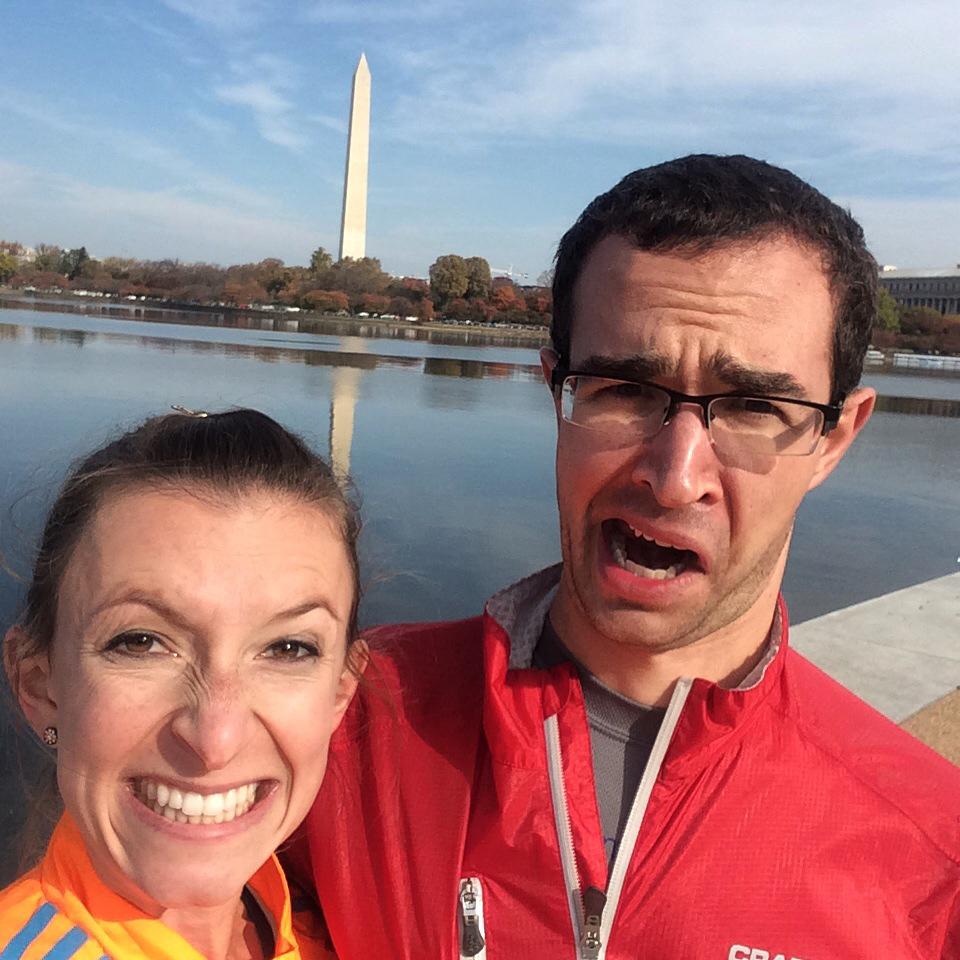 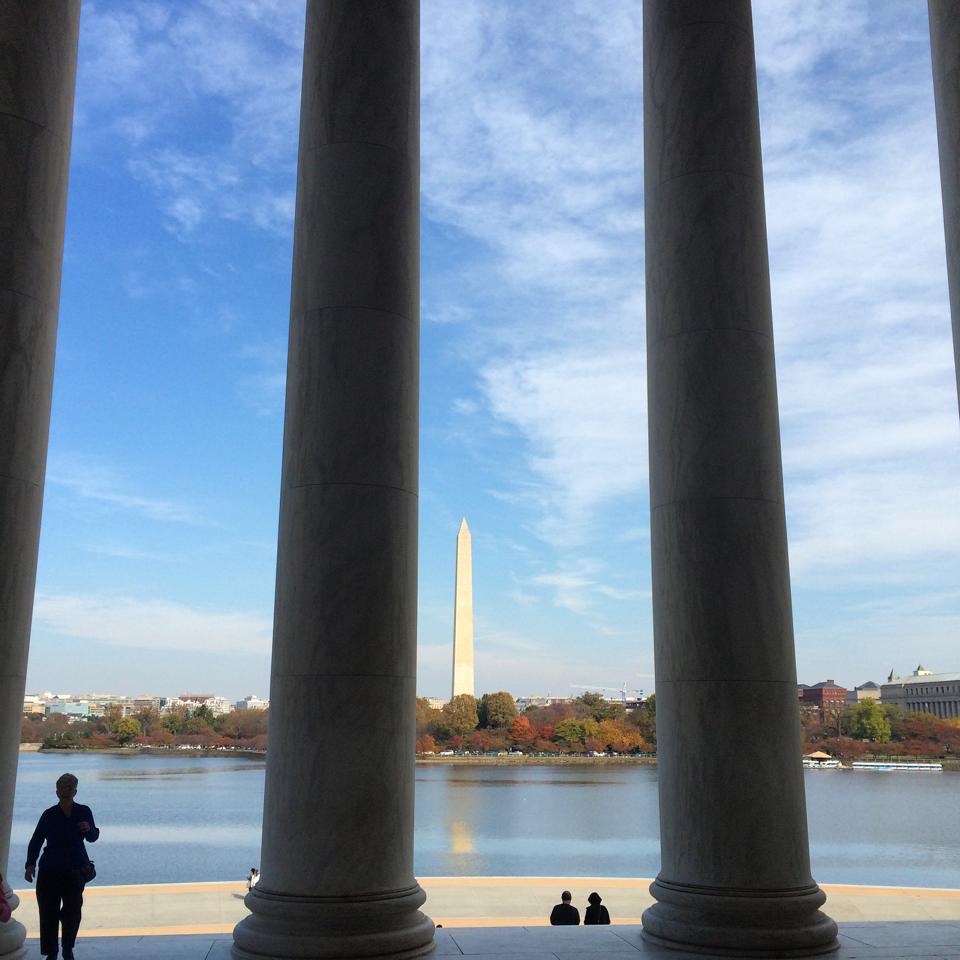 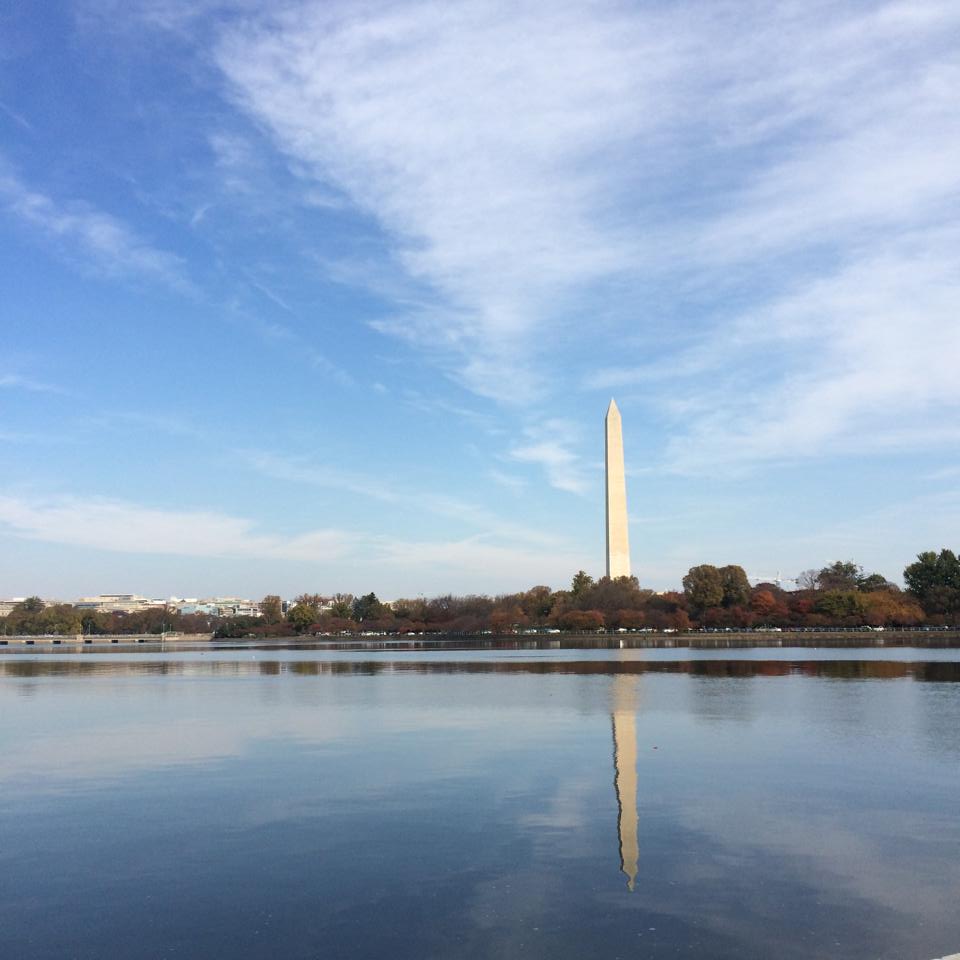 It looks like the next race is a Turkey Trot on Thanksgiving morning. Hopefully I'll get in some quality runs between now and then. It's nice not having to worry about a training program yet. That will come at the end of December as Tom and I both begin to prepare for Boston.