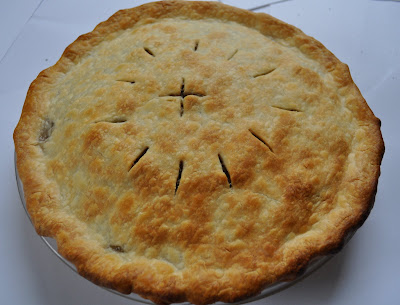 *Disclaimer* Before you read further, I totally understand that this is normally made during the winter months, usually around Christmas, but sometimes you can't help having cravings*


When I think about food from my childhood, one of the dishes that pops into my head immediately is meat pie.


If you have never had meat pie, you're missing out. Especially if it is my mom's. Her meat pies were incredible. Every now and then I'll smell something that reminds me of it. After doing research, I discovered that it is a French-Canadian dish, which would explain why the recipe was passed down from my Grandmother on my dad's side. His family was definitely French Canadian.

In fifth grade I made a cookbook not realizing how thankful I would be for it today. At the time I thought that I would always have my mom around to make me delicious food. Had I known differently, I would have asked her how to make everything she made, including her potato salad and egg salad - two dishes that I miss a lot and don't think I'll ever eat again unless the recipe is somewhere hidden in our house. 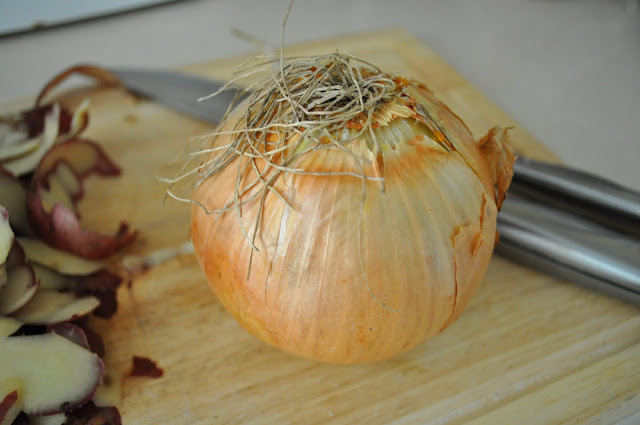 I am very fortunate that my 5th grade self asked my mom how to make meat pie so that I could include the recipe in my cookbook. I'm pretty sure she didn't use a recipe the entire time I was alive, she just threw it together as she cooked. The recipe that I wrote down was pretty basic. It said to add water, but didn't say how much. And it had a range for the amount of spices to use.

My brother has been asking for it for a year, and my dad talks about it all the time. We needed our meat pie fix. I bought potatoes at the farmer's market yesterday, had an onion from last week's market, and bought the meat at Hannaford. This afternoon, after planting herbs and peppers in containers on our porch, and after running my final long run before my marathon next week, I  began the cooking process. 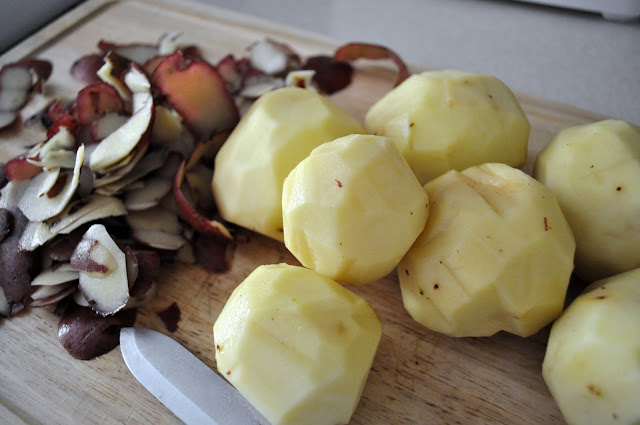 *The spices are used to suit your taste. I used slightly more than the recipe called for.

Wash and peel potatoes. Cut in half and grind using a course meat grinder. This part may be altered. My mom always used a meat grinder, and so I did as well when making the recipe. After peeling the onion, cut it in half and place this in the meat grinder as well. 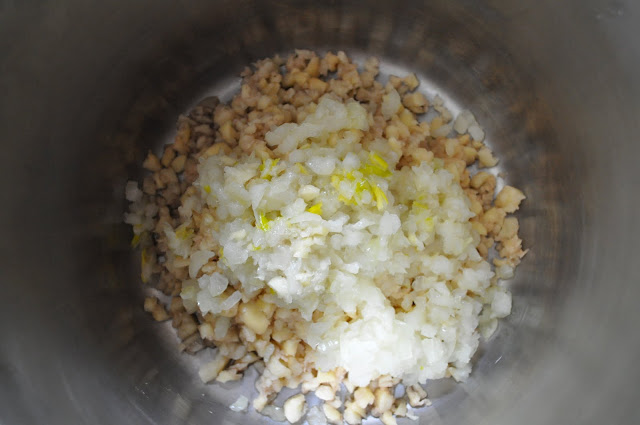 In a large pot (I used a 10 quart but it doesn't need to be that big), put in potatoes and onion. Add 1.5 cups of water to begin with, then add the ground pork and beef. Add spices and cook on medium low until the meat is no longer pink. Drain the liquid from the pan. At this time, do a little taste test of the meat. You may want to add more salt or pepper, maybe even more of the cloves or nutmeg. Some of the flavor may have left the meat when the liquid was drained. Flavor to your liking. My advice, don't add too many cloves, and you can't have enough salt and pepper.

While the meat is cooking, prepare two glass pie dishes with the bottom pie crust. Preheat the oven to 450 degrees Fahrenheit. Once the meat is fully cooked, scoop the mixture into the prepared pie dish. Lay the second crust on top of the meat and fold the edges around. Trim off excess crust. Cut slits in the crust to let out air. 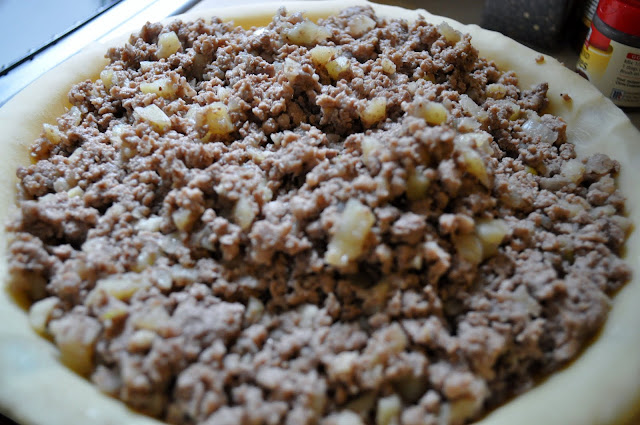 Bake the pie for about 14 minutes. Let it cool for at least 10 minutes before serving.

My favorite memories are eating it cold for leftovers.
at 5:43 PM