If you know me then you most likely know my Lumy (aka. my 1992 Chevy Lumina). It was originally my grandmother's and it only had 8,000 miles when I got it 9 years ago it.  I learned to drive and master parallel parking with it. It got me through high school, college, in and out of 4 apartments, and even to Boston when I needed to get my visa for Spain. 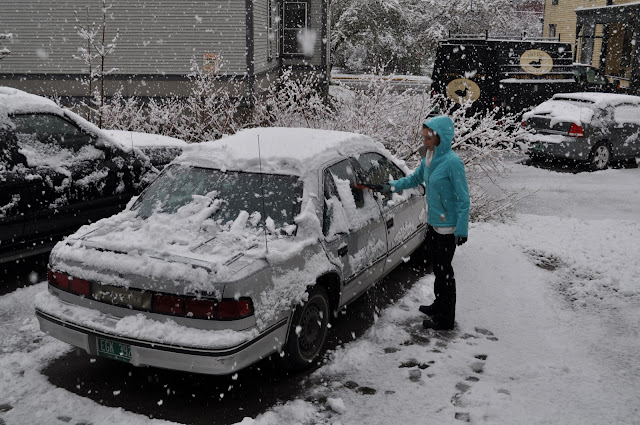 If it wasn't for a very embarrassing ordeal a week and a half ago involving the heat shield falling off, I wouldn't have known that the car needed $1400 in repairs. $1400 is almost 5 times more than what Kelley Blue book says it's worth, so sadly, it was time to say goodbye.

My dad and brother came down last Wednesday night to bring it back to Milton. They'll put some work into it and sell it. As I watched them drive it away, I couldn't help but think of the things that I had to put up with for the last four years - and I'm pretty sure I'm not going to miss any of them!
Now the car shopping begins! I'm probably one of the most indecisive people in the world so this could take a while.....
at 7:57 PM