Summer is in full swing which means we're starting to get the REALLY good veggies! I've been quite happy with the type of veggies we've gotten over the last two weeks, but we discovered that we've needed more than the CSA has been giving us. I found myself going to the farm stand at work or to Montpelier's farmer's market on Saturdays to get extra veggies. It seems odd to be going out for extra veggies instead of extra desserts!. I'ts been really neat to see new, random veggies, like purple carrots and purple peppers. 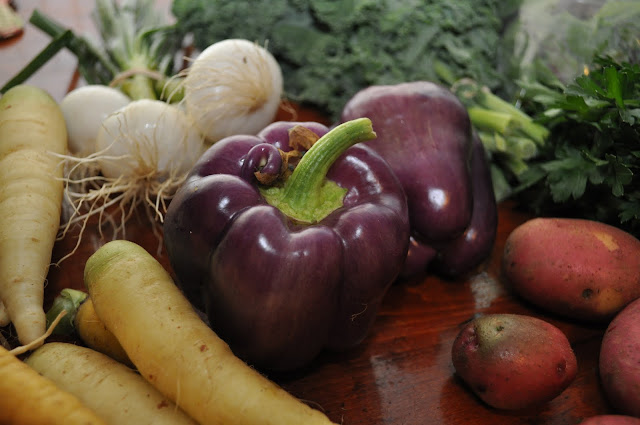 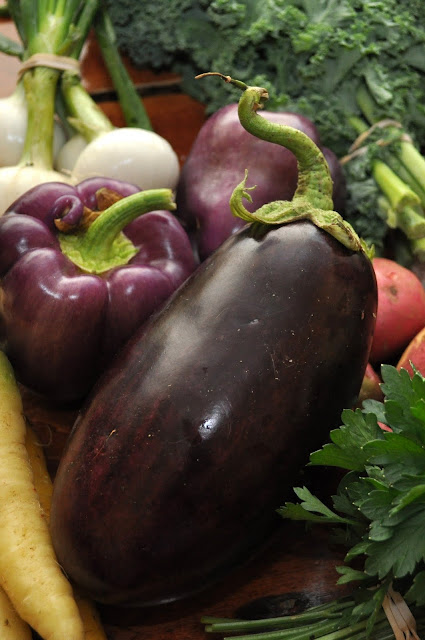 We've made a lot of dishes over the last two weeks. While they were good, none have looked appealing enough to take a photo. There's been baked haddock with peppers, onions, and tomatoes, as well as kale chips (which are super easy to make). We used the eggplant on Saturday night to make eggplant Parmesan with fresh basil. A safety dish that's always delicious is oven roasted potatoes. Last night I threw in the carrots, onions, and parsley to jazz up the dish.

My most favorite thing to make this time of year is bruschetta. Actually, I could eat it all year round. Tom's become the master bruschetta maker: He chops up a tomato, adds some garlic, olive oil, and basil, then adds it to the top of fresh bread. Next he adds Mozzarella cheese before putting it in the oven to broil. He went a little overboard with the garlic last Wednesday.There's no way either of us were getting close enough for a kiss after that meal! 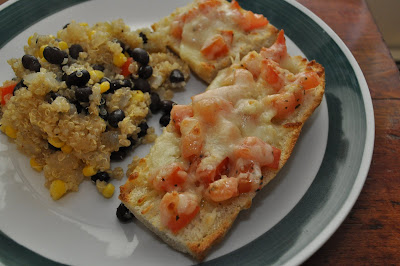