I hope everyone had a great Christmas. It was wonderful to spend time with family (both mine and Tom's). It is a little sad that the Christmas carols aren't playing on the radio, and I feel like something is missing now that I no longer have something big to look forward to. However, I can finally take a breather now that my Christmas baking has come to a close.

Christmas always brings back memories of my mom standing over the oven, making batch after batch of old fashioned fudge. Every now and then a batch would come out bad. Either it wouldn't harden, or it would be rock solid. However, most of the time it came out with a rich, chocolate creaminess and it was hard to keep my brother, Mike, and I away. 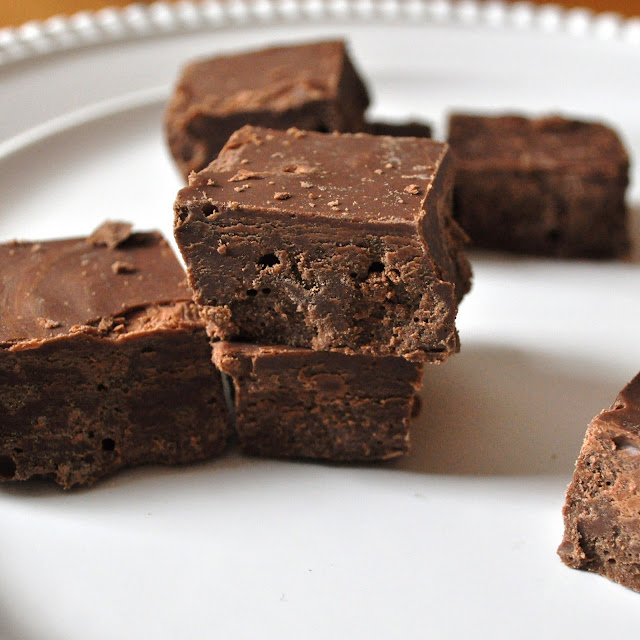 She made it for teachers, for co-workers, for Mike and I to give to friends, and she even sent it to family members living in Florida. It was quite popular and to this day I am unable to eat any other fudge (unless it's peanut butter). In my world, marshmallows would be banned from all fudge. Unless they were added on top of my mom's fudge, toasted, and sprinkled with graham crackers to make S'mores fudge. Hey! Maybe I will actually try that next year.

This year I was a fudge-making factory, making six batches in total. I've posted the recipe below, for those adventurous bakers out there. I will warn you that it takes over an hour to make including the cooking, cooling, and beating process. And even though you get quite an arm workout during the beating process, just think of it as burning calories to make room for those that you're about to consume. 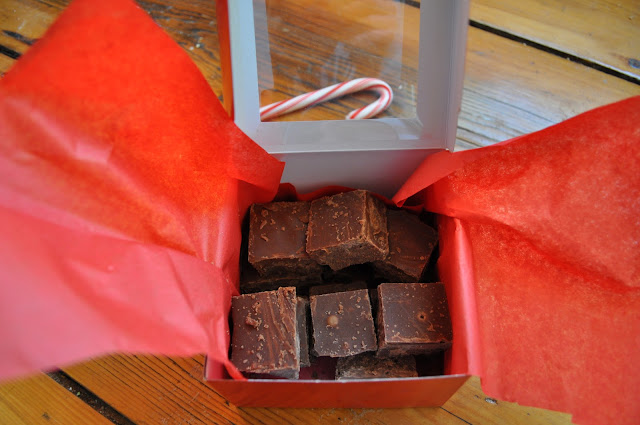 Add the butter to the fudge and allow to melt for one minute. Add the vanilla onto the butter so it doesn't boil off. Do NOT stir the fudge! Let fudge cool to 110 degrees. In order to speed up the cooling process, fill kitchen sink with a few inches of cold water. Place saucepan in the water. Be careful not to get any drops of water into the fudge.

Line an 8x8 inch pan with foil and butter. Butter an additional spreader/knife, and metal spoon (to scrape the bowl).

Once fudge has reached 110 degrees, beat with a wooden spoon until fudge looses it's shine. This can take any where fro 5-20 minutes. Pour it immediately into the pan, spreading with the knife. There may be a lot of fudge remaining in the pan, which is where the metal spoon comes in handy. Scrape the sides of the pan. If fudge is still soft, add it to the final pan, otherwise, place left over fudge into a separate bowl (for you to test once hardened!) Allow to harden before cutting into it and serving. Should be stored in an air tight container.