The city of Madrid smells like perfume in the morning. How odd! It was the first thing Tom and I noticed as we stepped out of our hotel to go for a morning run at 8:30 am.

We ran to a nearby park that was 7 minutes away. While the city smells like perfume, the parks usually smell like, well, animal urine.

Our post-run breakfast consisted of a baguette (I love Spanish bread!) and raspberry jam. We were going cheap for breakfast in order to enjoy meals at restaurants later in the day. 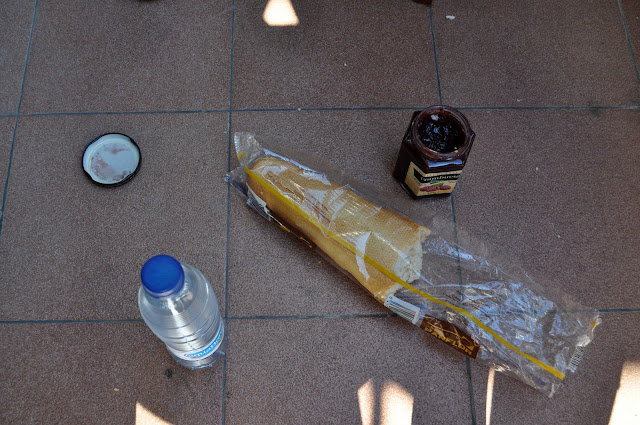 An awesome thing about our hotel (besides being directly across the street from a Zara's on Gran Via) was the balcony right outside our room. It was neat to watch the city wake up while we ate. 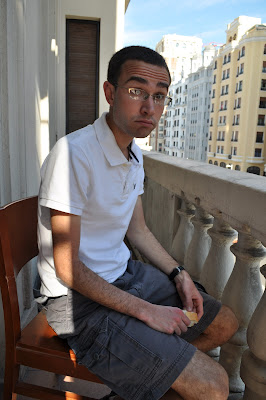 Our day started off with a trip to the train station. We needed to buy our tickets to Granada.

Advice tip #3: be patient when you're waiting in any line in Spain. You aren't in America anymore.

The wait in line gave us time to talk about our day. Our goal was to make it to the botanical garden and to then hit up el Museo del Prado, the art museum. 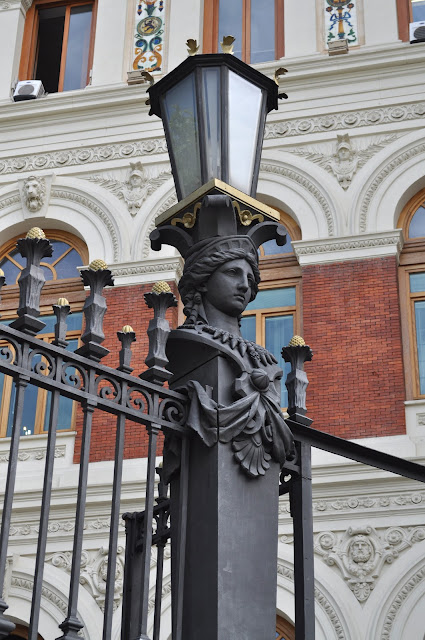 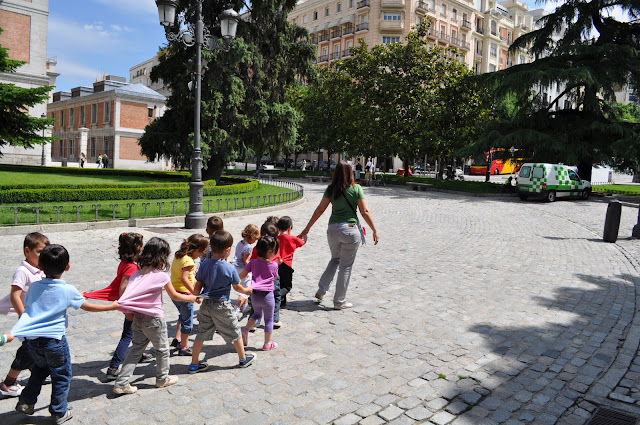 We saw this line of kids walking out of the botanical gardens. They were so cute! 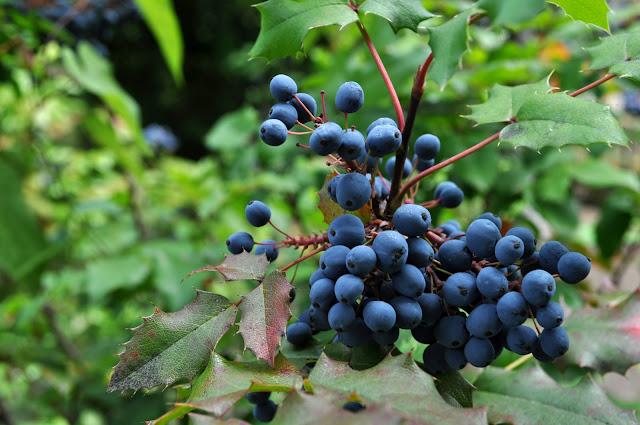 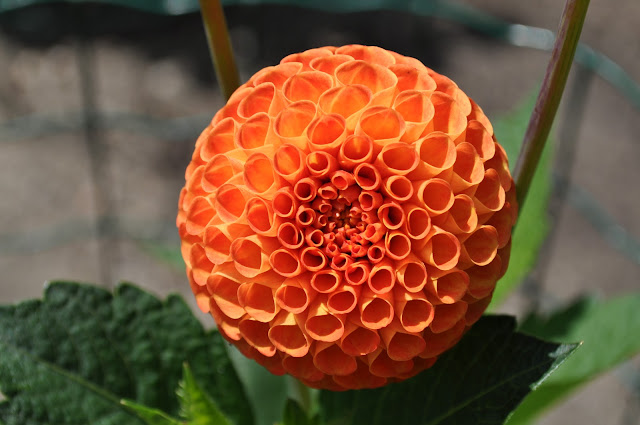 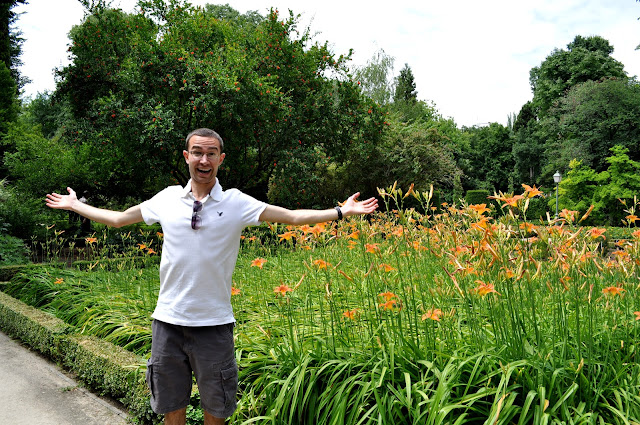 One could easily spend a few hours looking at all of the plants in the garden. But our stomachs were empty (maybe we should have had a bigger breakfast) so we went on the search for food. 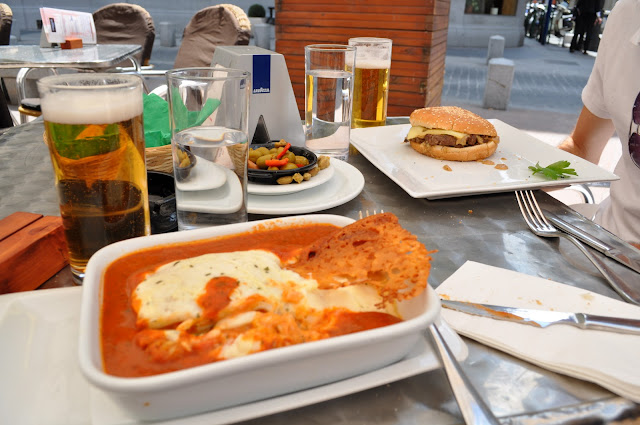 I sooo, so, so, love the cafes in the center of plazas. It's wonderful to be able to eat, people watch, and not have to worry about being rushed away by the waiter. Tom ordered a hamburguesa (which are made out of pork, not beef) and I had a pasta dish. Our cervezas (beers) came with olives which Tom tried ON HIS OWN! He HATES olives with a passion, but they're so much better in Spain than in the US. It was so relaxing that neither of us wanted to leave our seats once we were finished. 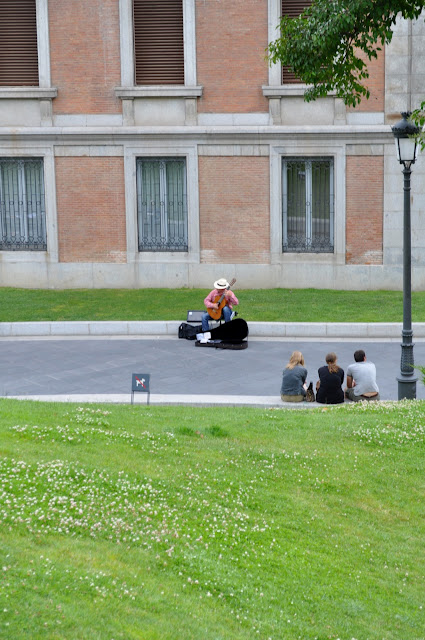 After lunch we spent a few hours in el Museo del Prado. I think we needed a few days to really see everything the museum had to offer. Outside, we were greeted by a guitarista, and many people had stopped to sit on the hill nearby and listen. 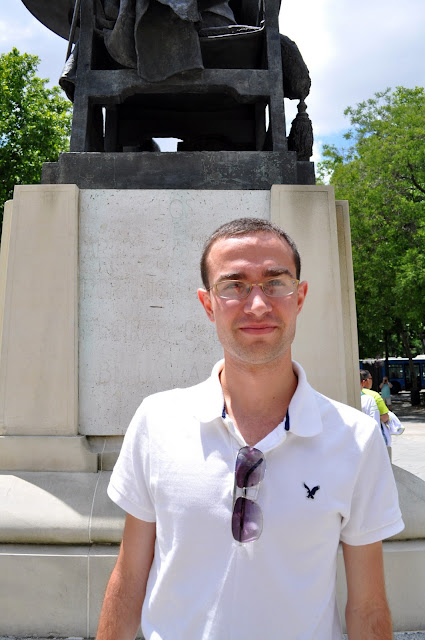 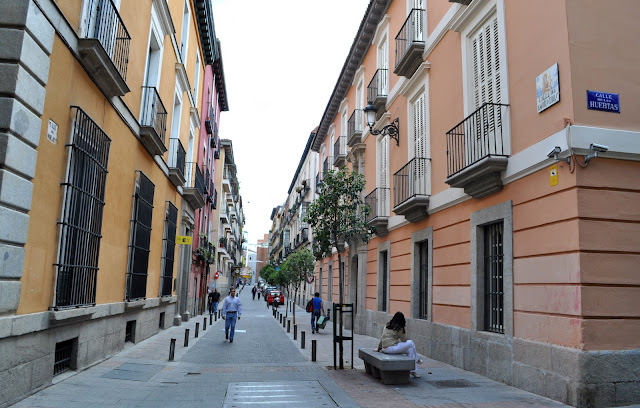 One of my favorite parts of Madrid is walking through all of the backstreets and the window shopping. We took our time heading back in the direction of our hotel. 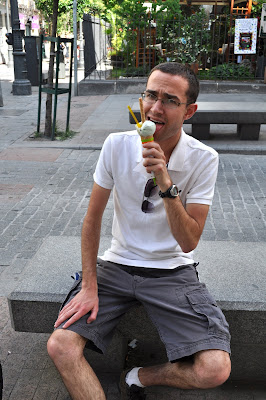 With all of our walking we worked up quite the appetite for Gelato. 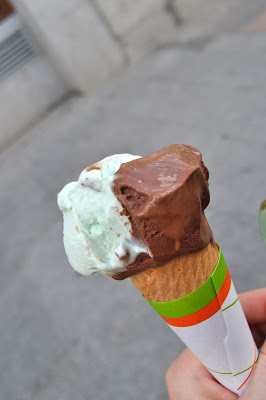 This was Gelato stop #1 of our Spain trip. Trust me, there will be plenty more to come.  I tried the menta (mint) and chocolate combo while Tom had menta and mojito. Menta and mojito was not the best flavor combo.

We went back to the hotel to rest a little and force ourselves to wait until 8 for dinner. It was hard. I took a nap, and Tom read Born to Run. 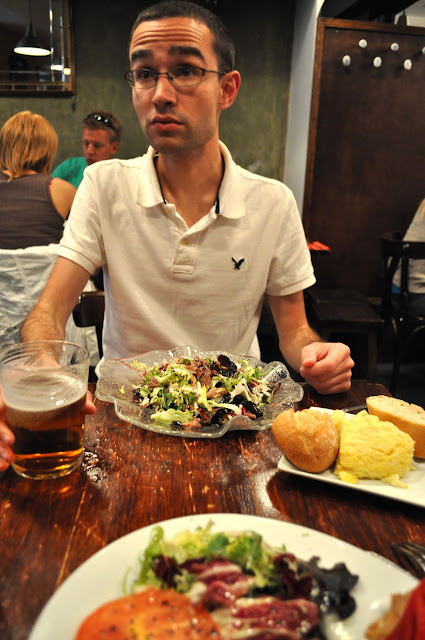 We found a really awesome bar/restaurant for dinner near Plaza del Sol. The food was muy delicioso and our waiter was fun. He gave us two free shots after our meal.

For dinner we decided to give their tortilla a try since the tortilla in our breakfast on day one was so horrible. It was a good decision on our part, and we regained our faith in the Spanish tortilla. Both of us were craving some vegetables so we both ordered salads. My salad was so good: salad greens, tomatoes, tuna, olive oil and vinegar, and salt and pepper. Just like the olives, the tuna in Spain seems so much tastier than ours. 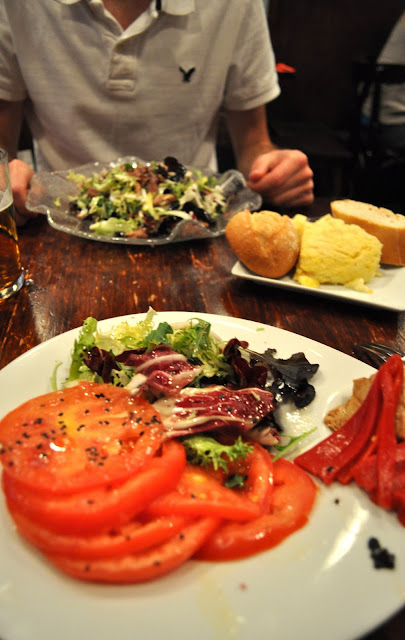 The night was young (maybe 9pm?) so we headed back to Plaza Mayor. 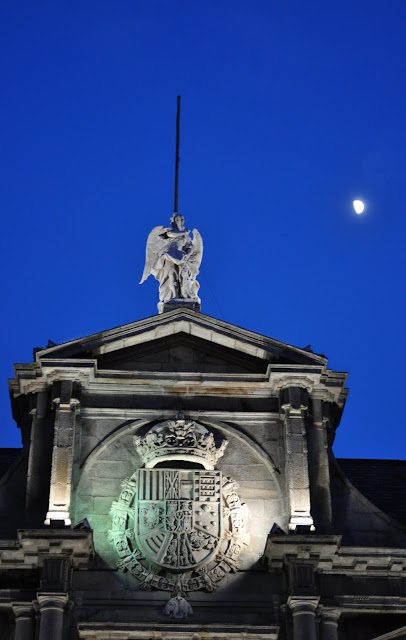 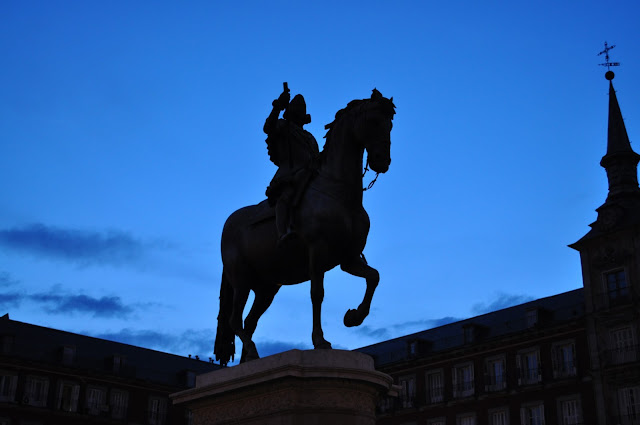 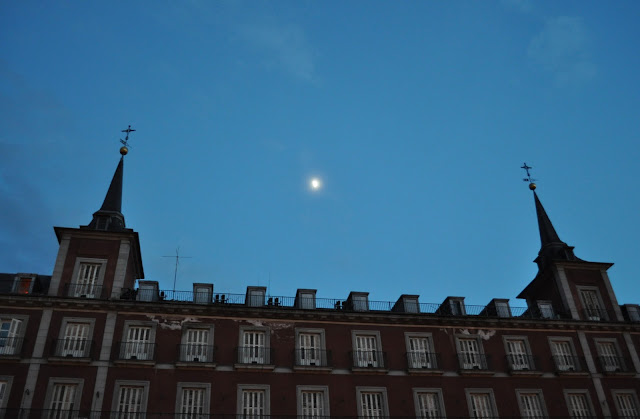 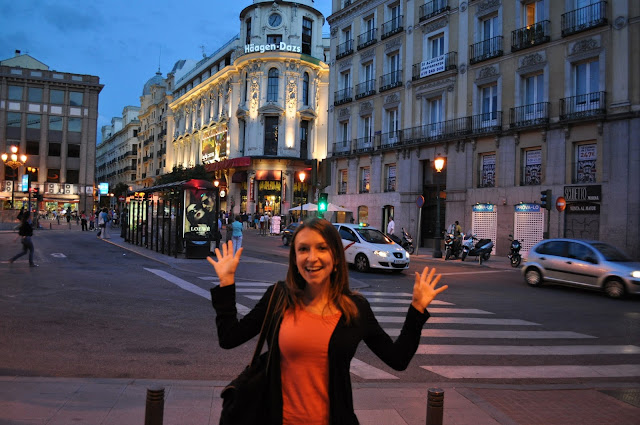 And although we were quite full from dinner, there was no way we were going to skip out on churros con chocolate. Tom had never had these before! 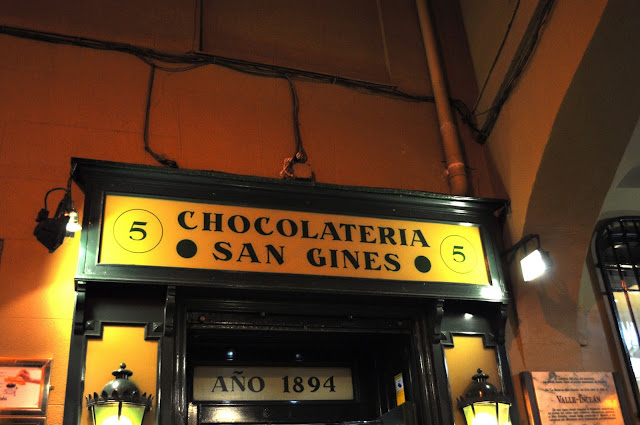 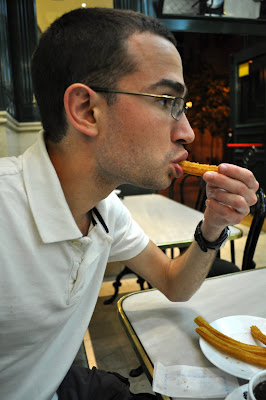 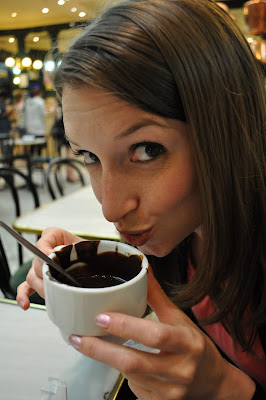 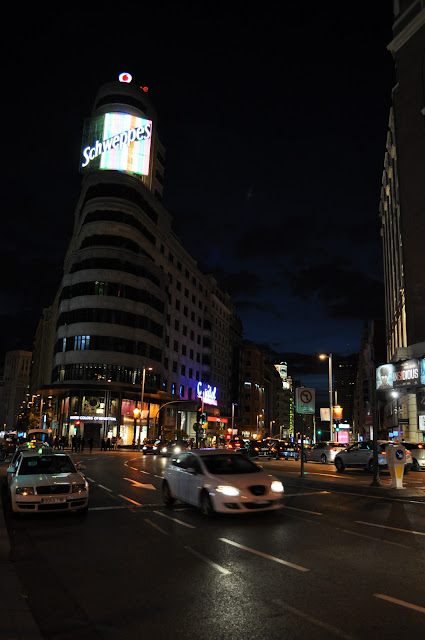 The last stop of our night was el Palacio Royal. We wanted one final look before we said adios to Madrid 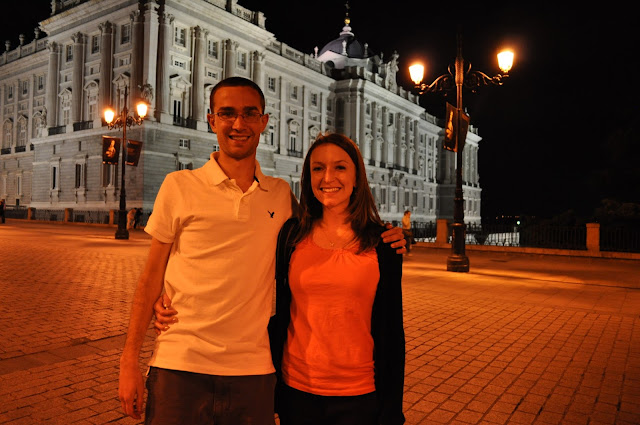 Did you miss our Adventures en Madrid: Day 1?