Last June Tom and I took a somewhat spontaneous trip to Spain. We had been talking about it for months, but tickets had been too expensive. A week before my vacation from work I got an email alert. Tickets were $500 cheaper! I finally decided that it's way past time for me to write up our adventure before I forget the details that made it so much fun.

We landed in Madrid on June 9th, around 7 am. We took the metro into the city and made our way to the hotel, Hotel Regente. Fortunately, they let us check our bags so we could begin our sleep-deprived tour of the city. It was early. Few people were out except for the trucks that were making their deliveries to stores and restaurants. It was so peaceful. 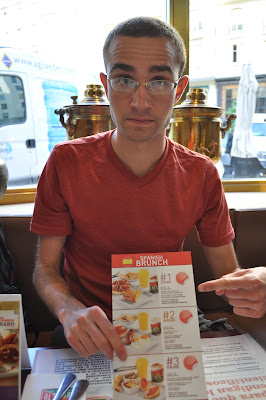 We stopped at Café y Té and ordered a protein-rich breakfast that included eggs and jamón. You can't go to Spain and not have either. It was at this point when I realized just how much talking I would be doing on the trip. Poor Tom didn't know any Spanish. He's made strides since our trip and currently knows hamburguesa, queso, and cebolla. You'll find out why, later. 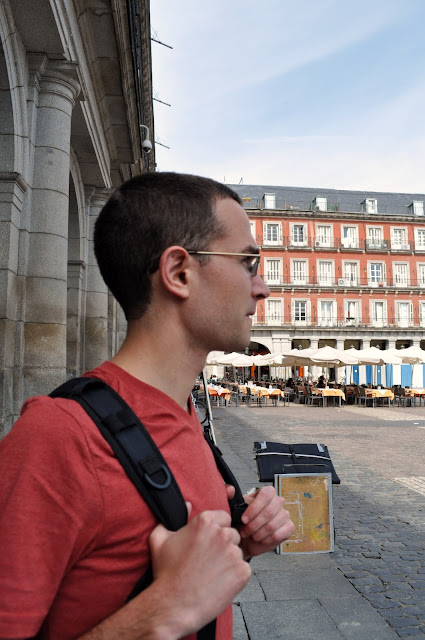 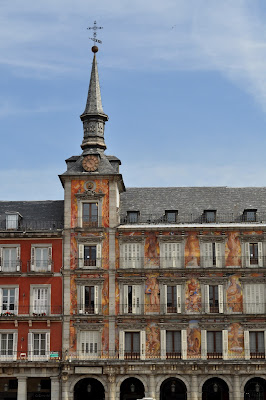 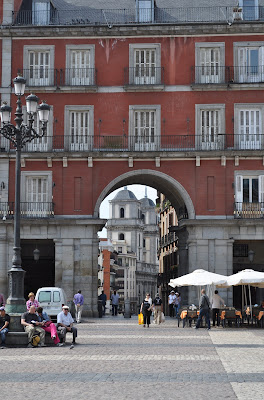 Plaza Mayor was our next stop. This is one of my favorite, but busiest plazas in Spain. The architecture here is what made me fall in love with Spain back in 2004 during a high school trip. The plaza is surrounded by shops and restaurants, and within the plaza you can find street entertainers or sit and watch kids play. Believe it or not, there was actually a Ben & Jerry's when I last visited in 2008, but it was no longer there this time around. 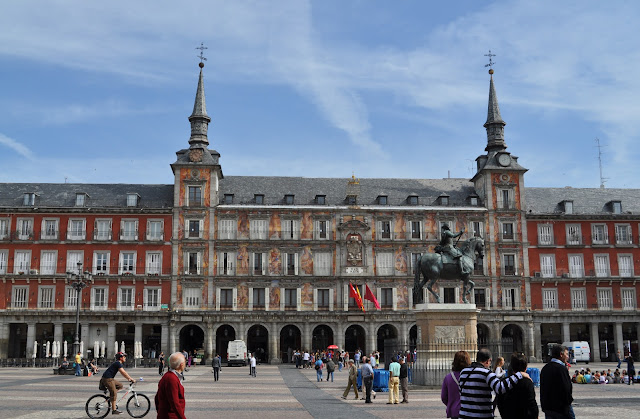 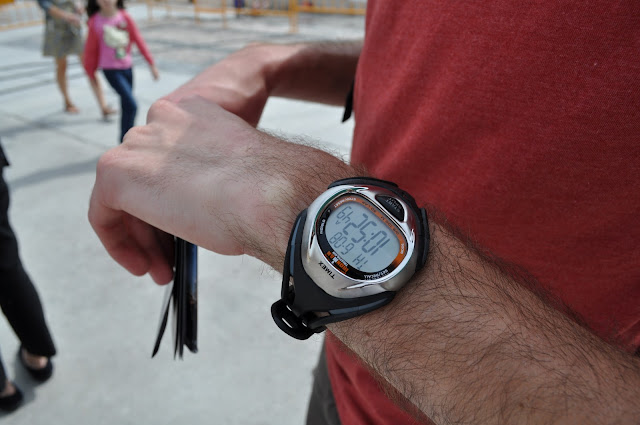 Guess what. We both forgot to pack a watch! Could you imagine trying to go for a run or even waking up on time in a foreign country without a watch?! Thank goodness El Corte Ingles was open early. We could stop in and get one before our adventures really began. Too bad the exchange rate is not in our favor... 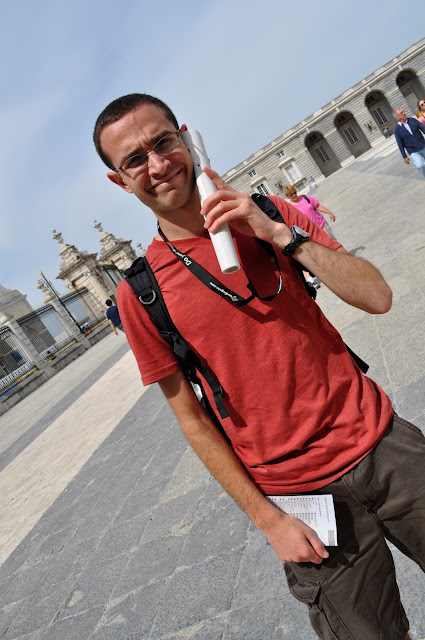 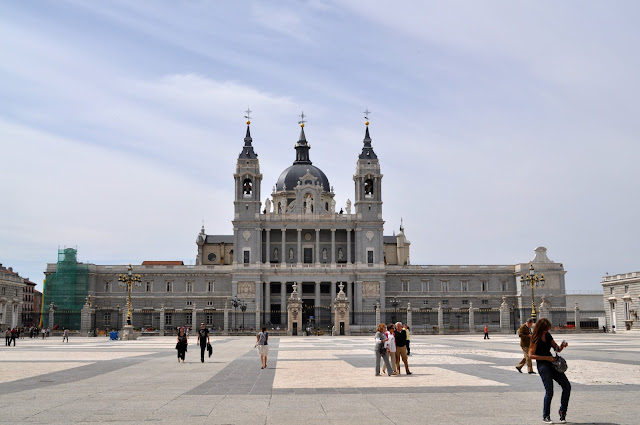 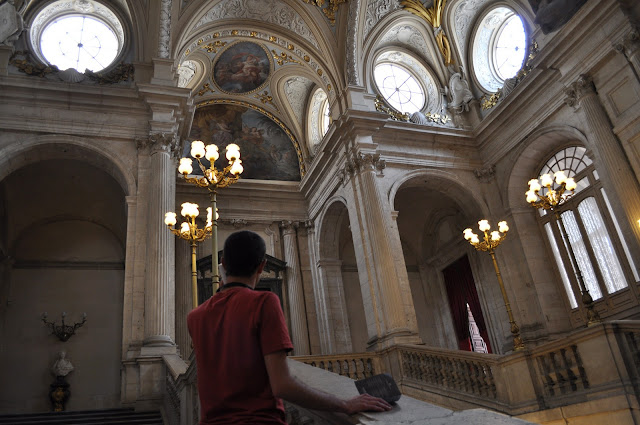 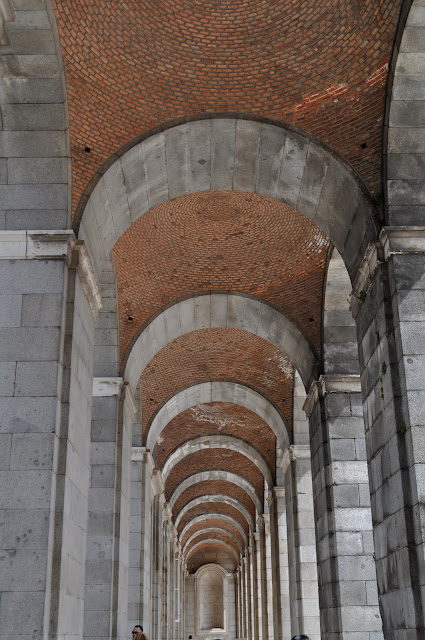 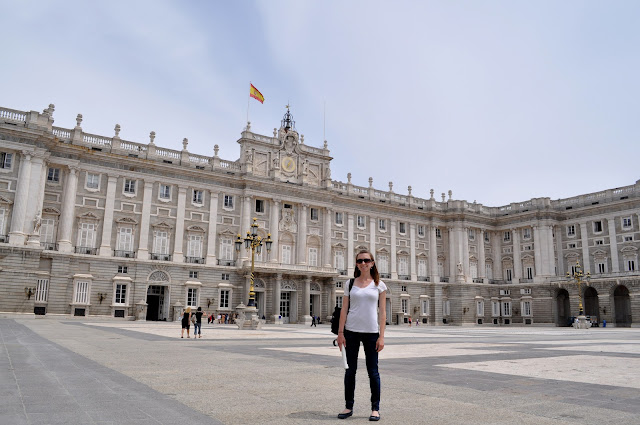 It was mid-afternoon by the time we finished our tour of the palacio. A call to our families was in order, followed by checking-in at the hotel. Our check in immediately turned into nap time, or as the Spaniards like to say - siesta. 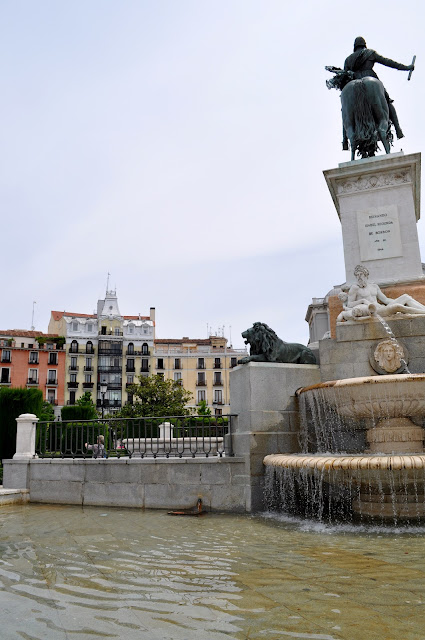 We headed back out to the city around 3:30 to do some shopping! It was bright and Tom needed some sunglasses so off we went in search of some. 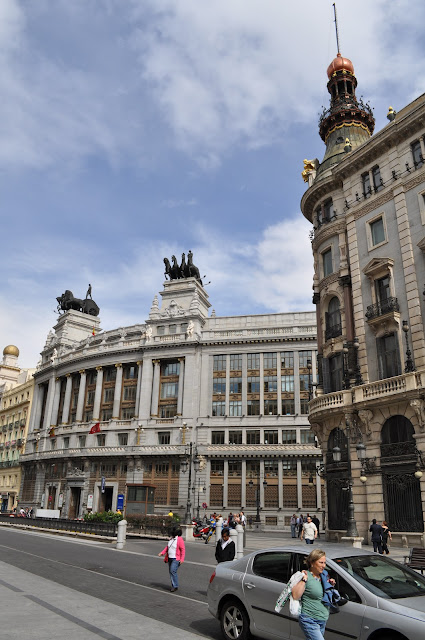 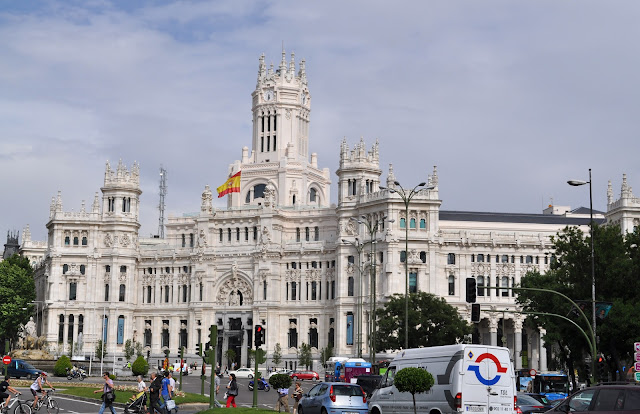 I do believe that it was around this point of the afternoon that I realized my flats I had brought were not good enough for the walking we were doing in the city. My feet were getting a little sore.

We made our way to Plaza Mayor for some dinner: tapas and tinto de verano. For those who don't know what a tinto is, it's usually red wine with lemon fanta. Es muy delicioso in the summer! 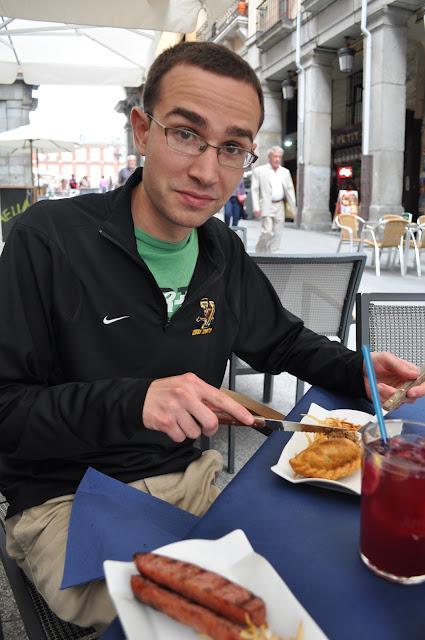 Advice tip for a tourist in Madrid #1: Do not eat at the restaurants near Plaza Mayor. Head onto side streets or away from major tourist attractions. Our first dinner was a sad representation of the delicious food of Spain.

Advice tip #2: Try to eat as late as possible. When I mean late, I mean dinner doesn't start until 8-9-or 10pm. We ate at 6 because we were still on American time. 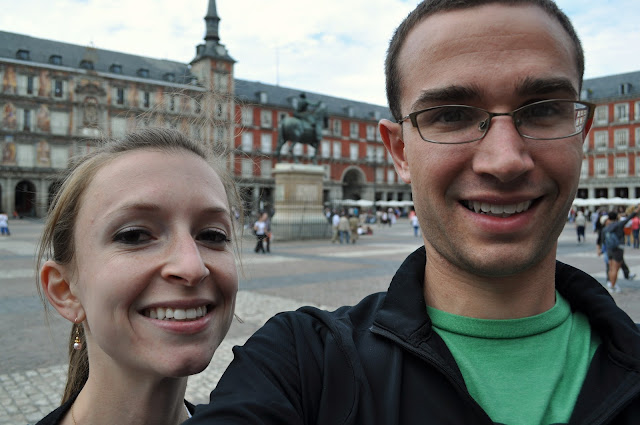 After dinner we walked through Plaza Mayor once more and watched a few street performers. We made sure to stop at the supermercado at a Corte Ingles to pick up some snacks and breakfast for the next day. We were exhausted by the time we reached our hotel (9 pm) and slept like babies that night! 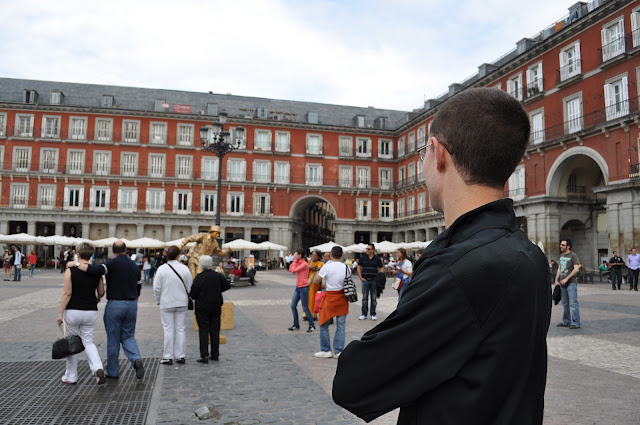