Tom and I packed our bags for Spain last June. I'm finally getting around to documenting it.
You can catch the first two days of our trip Here and Here

We woke up super early on June 11th to catch the train to Granada. Having arrived at the station early, we decided to grab some orange juice at a cafe. Orange juice is made fresh each day. Most cafes have their own juicer, so it's incredibly hard to pass up such a refreshing drink.

The ride took four and a half hours and we enjoyed bocadillos (sandwiches) on the train. I absolutely love the warm, toasted bocadillos with jamón serrano and Machengo cheese. MMmmm 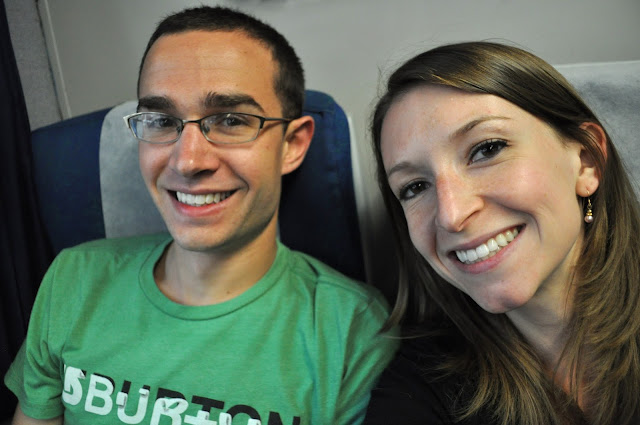 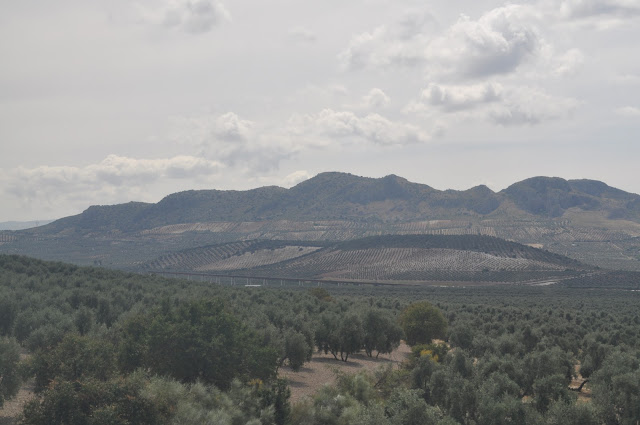 Tom was blown away by the number of olive trees during our train ride. These trees dominate the landscape of Spain.

We arrived in Granada and I immediately forgot which direction we needed to head. I didn't have a map, thinking that I knew the city well enough from 2008. We  followed some other travelers from the train and eventually found our way to recognizable streets.


We were sweating by the time we got to our hotel in Plaza Nueva, one of the main plazas of Granada. Our hotel's name? Hotel Plaza Nueva.

It was so cute inside!! The wood furniture was beautiful and we had an amazing view of the Alhambra and the plaza below us. 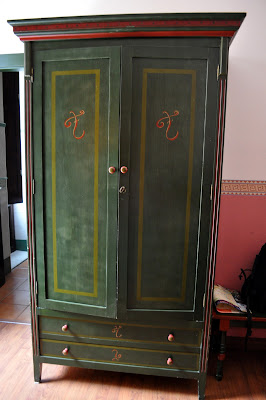 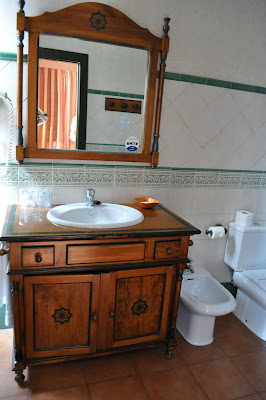 It's was neat and weird at the same time to see all of the changes that had happened in the three years since I was there. There were more Gelaterias in the city (which I was very OKay with), and an H&M had finally moved in. The street poles that used to be down my street, Jardines, had been removed. Construction that had been going on while I was there was finally finished. And there was no dog poop on the street!

The best way to explore any new city is to run through it. Tom and I dropped our bags and headed toward El Parque de Garcia Lorca. We stopped to play on the in-ground trampolines, do a swing thing, and test out the exercise equipment.  Tom fell in love with the park, which is full of beautiful rose bushes.

After the run we were off for a walking tour of the city, with stops at tapas bars along the way. 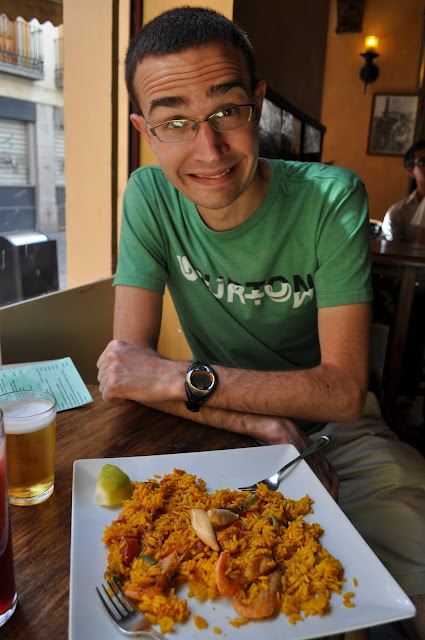 Our first stop was so perfect for a welcome-to-Granada meal. For less than 2 Euros you get a small cerveza (beer) or tinto (wine with fanta) AND this plate of delicious seafood paella. There was no complaining here. Just two very happy tummies. I think we ordered one more drink and tapa before starting the walking portion of our tour. 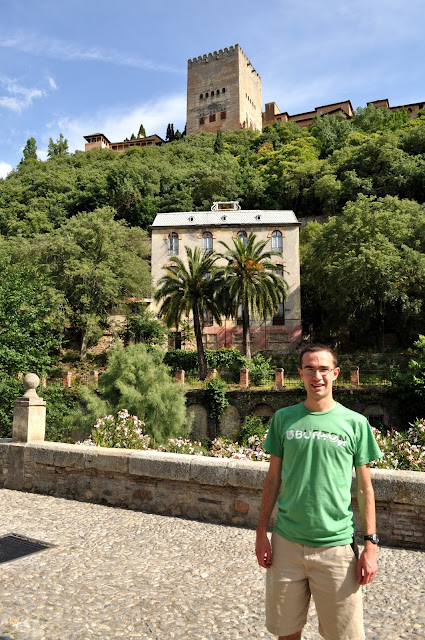 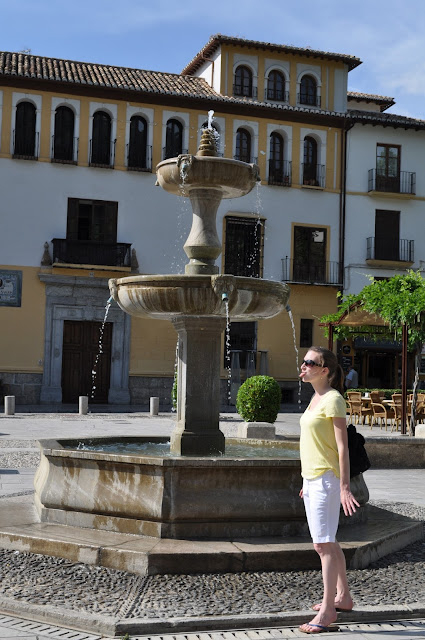 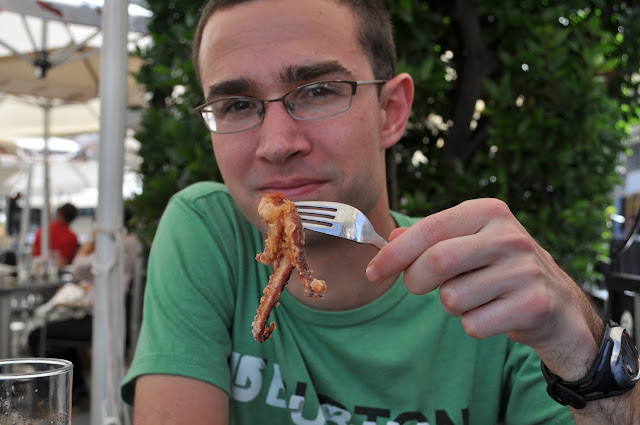 The fun part about tapas is that you never know what you're going to get for food. Each restaurant/bar has it's own lineup of food. At most, each round of drinks comes with a different round of food. At our second stop we were surprised to get squid. I passed on this round. 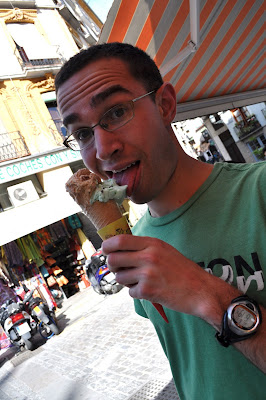 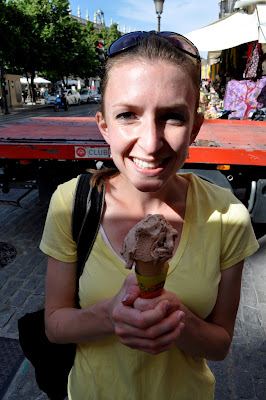 A lot of people may associate 5 pm with drinks. We associated it with ice cream while we were in Spain. We went to my favorite gelateria for Gelato stop #2. I got the most delicious flavor ever - Rocher (Ferrero Rocher)! 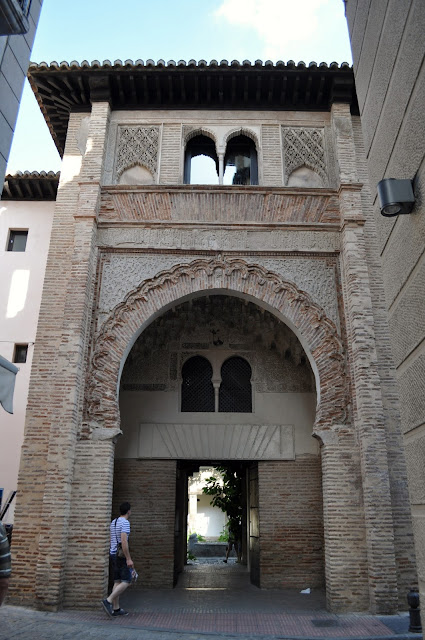 We did a little more site seeing around town, but left out the Albaizin and Alahmbra for the remaining days. 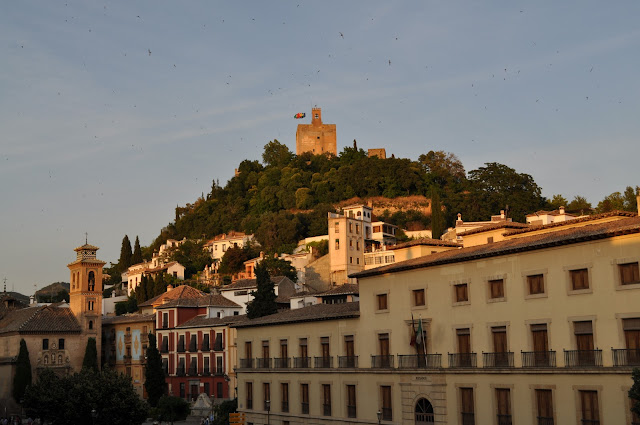 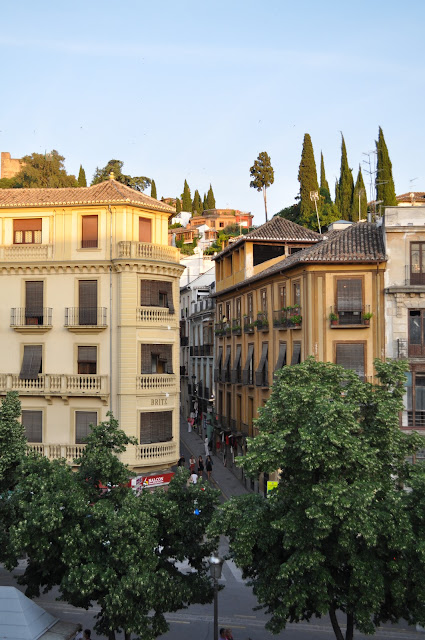 Dinner was a lot of fun. We stopped at a modern gastro pub and joined in on some Spaniards that were watching a fútbol game. Granada was playing and the whole city was watching.

I wish I could remember the name of the place we went to because the food was great. We ordered three rounds of drinks and tapas and it was at this point that I tried to teach Tom how to say hamburger and the fixings (onion, cheese). He could say it while we were there, but forgot immediately when we left the bar. It took a few months of practice but he finally has them in memory.

On our walk home people were running in and out of the bars to catch the ending to the soccer game. Cheers were heard throughout the streets. If I remember correctly, Granada won. It was a fantastic way to end our first day in Granada.
at 6:37 AM