Strawberry season comes much sooner down here than in VT. We went picking three weeks ago at Butler's Orchard in Maryland and I'm guessing that the berry season is just underway in Vermont. We picked 12 pounds of berries that we either froze (for smoothies or yogurt) or ate fresh. 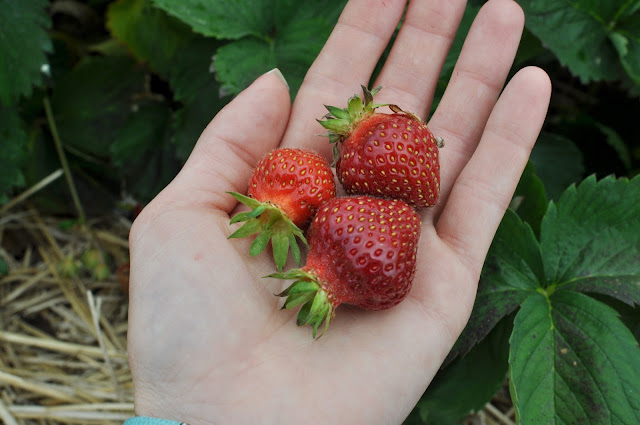 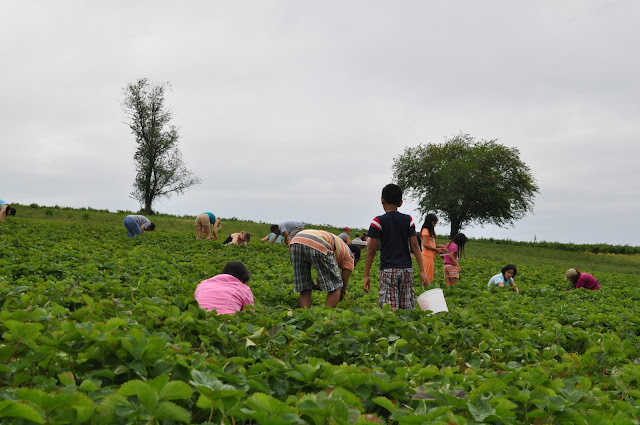 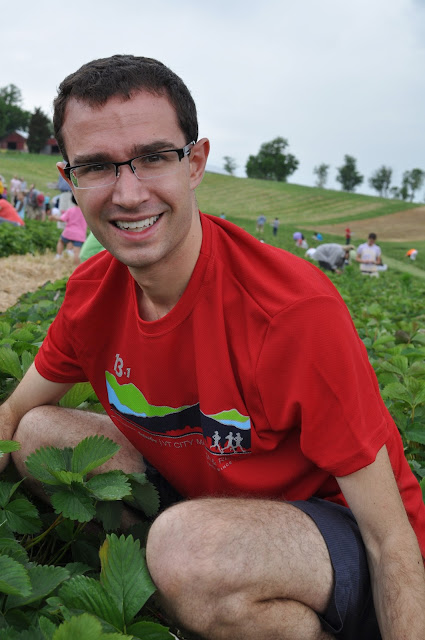 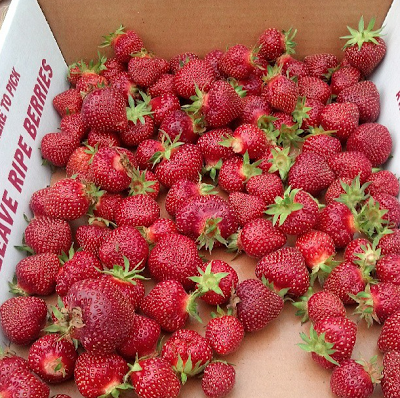 Berry picking is one of my most favorite summer activities. For one, the flavor of the berries is so much stronger. I would rather spend more money on these berries than to go to Giant and waste $3-4 on berries that have somehow already started to rot on the shelf and don't have any flavor.

I also think there is something to say for actually going out to pick your berries and seeing directly where they come from. I enjoy being out there searching the plants for the perfect berries, no matter how hot it is or if it starts to rain.

The treats that you make with these berries are even more delicious. Tom baked up some angel food cake that night when we returned and it was heavenly. Get it? Heaven? Angel Food? Oh I'm good, aren't I? 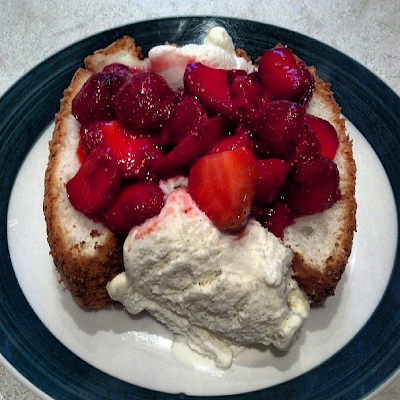 I went back last Friday and picked another 10 pounds of berries. I quickly discovered that picking the day after a rain storm isn't the best idea. Most berries were rotting and were beyond ripe due to the few days of rain. We were directed to a different patch from the first time, and the berries at this one were much larger than the first patch. They also didn't have as sweet of a flavor. 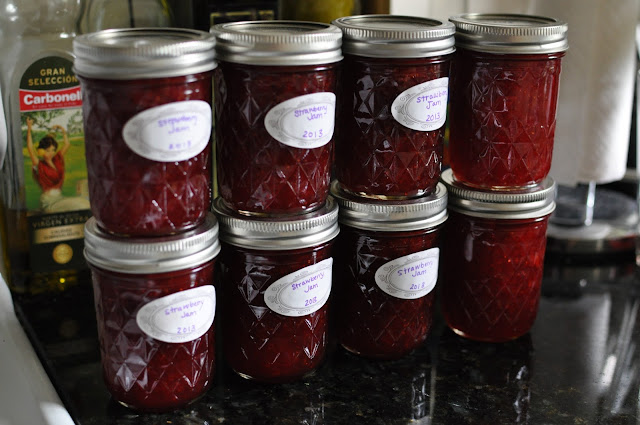 Over the years I have wanted to make strawberry jam with all of the berries I have picked, but never took the time to do it. Now that I'm on vacation I have more than enough time on my hands. I had to do a little research to learn what to do and found the very helpful sites below:

I've heard that you want to get canning right to prevent any bacteria from getting in and surviving. I think I would have tried it much sooner if I hadn't taken microbiology during my senior year in college and learned about botulism.

The result: The jam came out delicious and the canning process was very easy. I canned only two jars during my first batch, afraid that I would mess it up somehow. But it worked! The following day I did another 6 jars, then saved the rest of the berries to eat fresh.

You better believe that I'll be back out to the berry patch in a few days. Blueberry season is heading here very quickly and blueberries are by far my most favorite fruit.

If anyone has any suggestions for flavor-combos of blueberry jam I'd love to hear them!
at 11:53 AM