I'm going to be humming/whistling/singing Beatles songs for the next week. 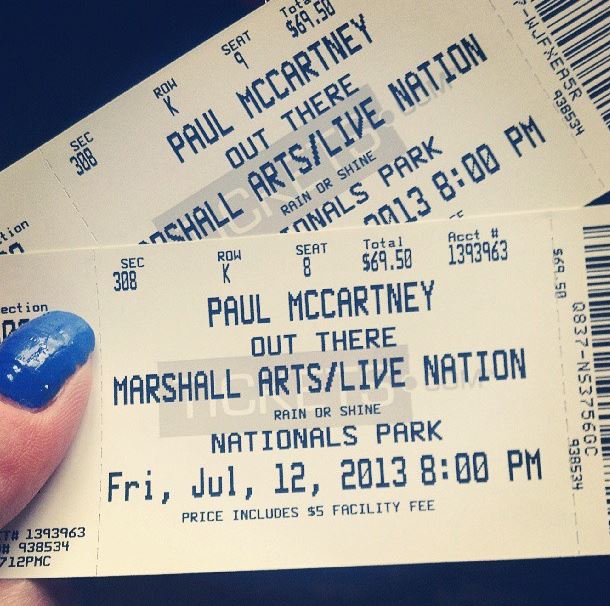 We saw Paul McCartney play at Nationals stadium last night and it was a GA-REAT concert. I seriously can't believe he's able to Rock out like he did. He's a machine. His British accent was awesome and I was so in love with his British jacket and pants. Sometimes I really really really really wish I was born in London. 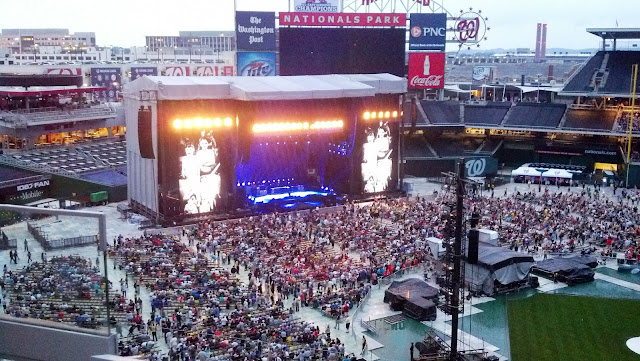 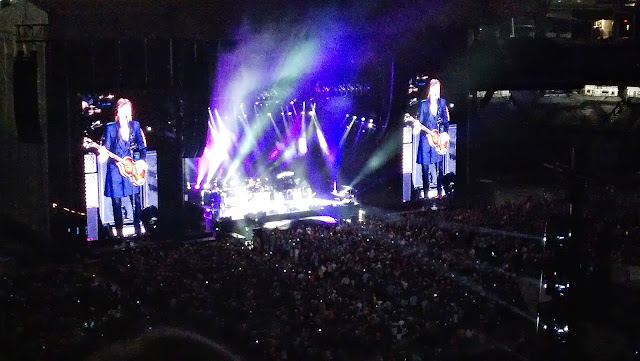 The best part was when he played Live and Let Die. First, it's an awesome song. But it's even better with fire and fireworks.

He played for over two hours without a break and had a 35 minute encore. Now THAT is how a concert should be. He also told stories in between songs (to give himself a break) which were either funny, provided insight to the song, or went back to a time when he was playing with the Beatles. All were great to hear.

All of my videos have me singing in them and therefore will not be uploaded!! It's hard not to sing when you've grown up with these songs. 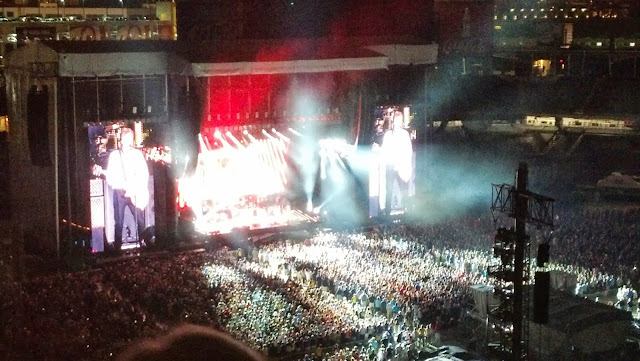 We're super happy we got to catch him down here. Yet another perk of city life and another item checked off the Life Bucket List. 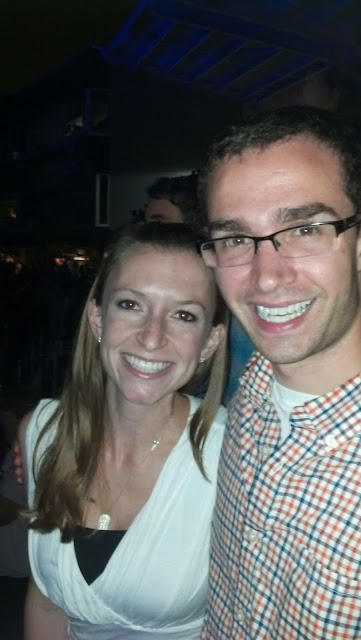