One Year in DC

A year ago today Tom and I drove down to DC in 95 degree weather. I had Wilson in the car and he had most of our belongings in the U-Haul. Unfortunately, the AC did NOT work in our car so it was quite a hot trip. 13 hours later we arrived tired and hungry in DC. On a Sunday. At 10:00 pm. Nothing close to us was open for dinner except for Subway...

The next day we unloaded the U-Haul. It was 100+ degrees for our first week in DC. Welcome to the city!

I immediately started training for NYC (which turned into Philly) two days after we arrived. Somehow I always start training for a marathon immediately after moving somewhere drastic (Spain 2008 was a fine example).

For the next few weeks I unpacked our place while Tom was at work. I looked for a job and found one: I was to teach 8th grade Science and coach high school cross country.

School started at the end of August. I kept training and found my way in teaching. I began to enjoy teaching and getting to know my 8th graders. I started to understand how to coach high schoolers in running.

We went on field trips, which were so much better than in Vermont (Gettysburg and Williamsburg - what historical meaning these two places have). 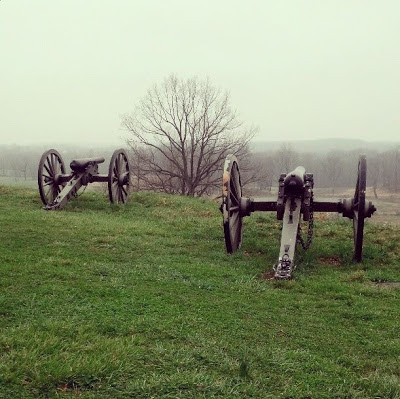 Tom and I ventured into Virginia to explore the Space Museum and Mount Vernon. 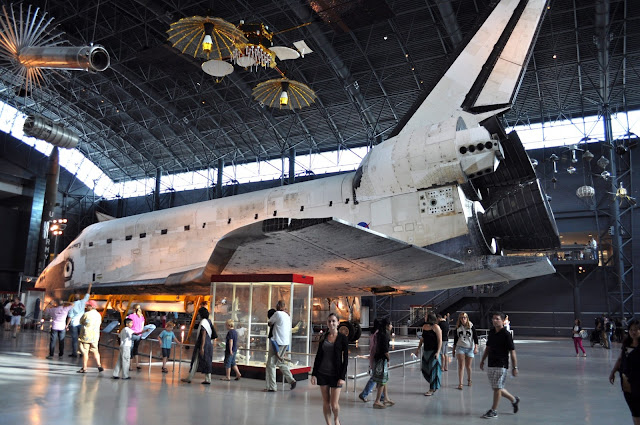 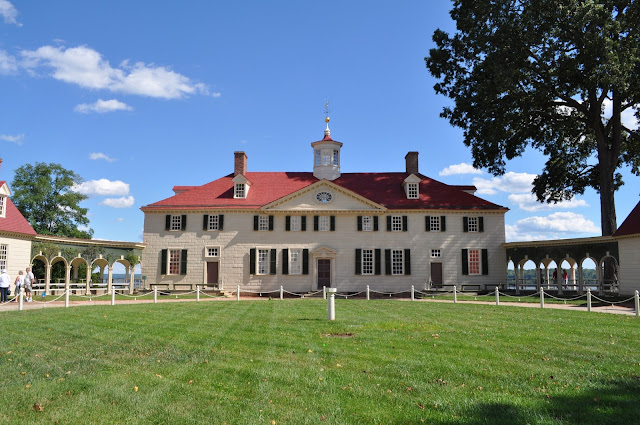 I learned that snow days do exist down here. I had more here than the previous winter in Vermont. Sometimes our "snow days" were called "Hurricane Days", thanks to Sandy. In both cases, Wilson was on the lookout for us. 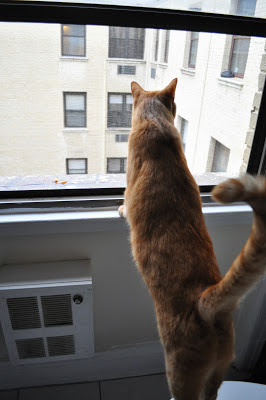 As the months passed, I became more adventurous in my running, going faster and exploring new areas. I gained a greater sense around the city and relied less on my GPS when driving around. 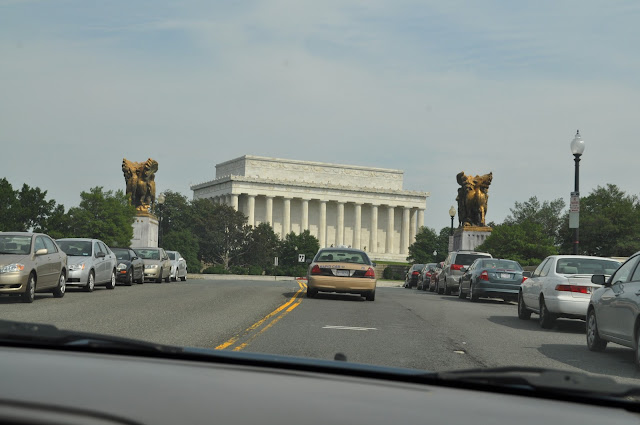 At some point Tom and I discovered Ikea. And Chipotle. And Target.

That was the start of something dangerous...

Tom and I kept trying new restaurants and cuisines from around the world. Just this weekend I FINALLY tried Vietnamese (why did I wait so long to try pho?). My love for cupcakes quickly faded while my love for froyo, milkshakes,  homemade ice cream, and gelato increased. 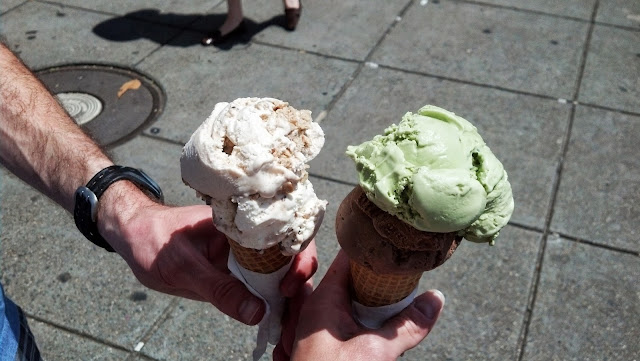 By December, I was a little worried about returning to Vermont for Christmas. I was really enjoying the city. How would my feelings for it change when I came back after being in Vermont?

I am still awed by the Capitol, the White House, and the monuments. 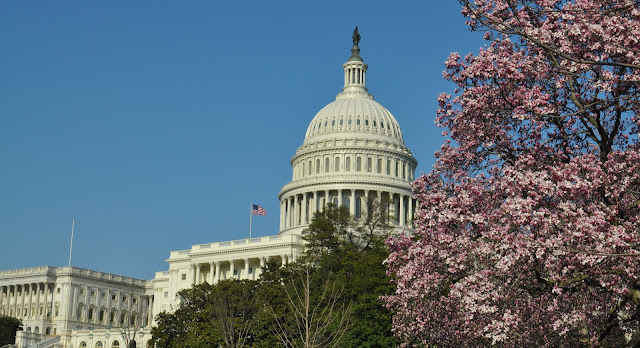 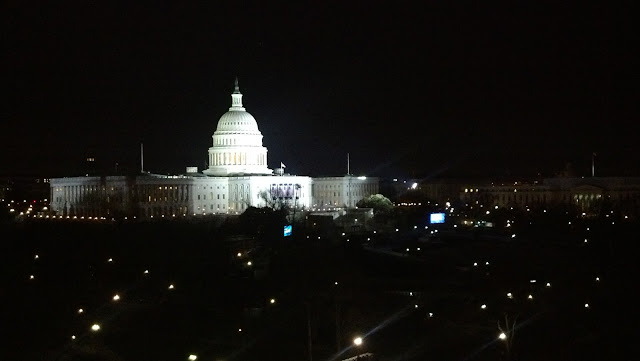 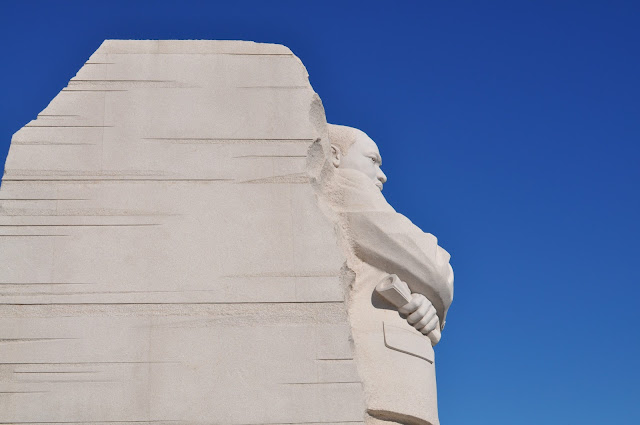 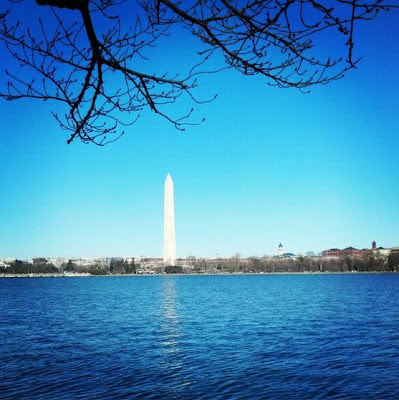 I still run to the window when I hear a motorcade coming down the road. I say hi to Joe (in my head - of course) when I run by his "house" at the Naval Observatory. And I still get excited when we do "White House Runs" in cross country - which entails us running down to the White House and then catching the bus back to the school. 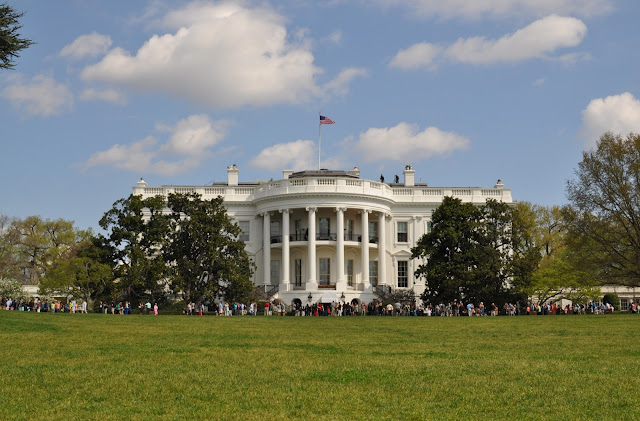 I started to love running down here more than in Vermont. Oh yes. I just said that. The trails - Awesome. Rock Creek is my most favorite. Every time I run on it I get 1) happy and 2) sad at the thought that someday I will not be running on it. I also enjoy running around the neighborhoods and eyeing the beautiful houses. Winter running no longer means freezing my butt off and dodging ice and snowbanks. 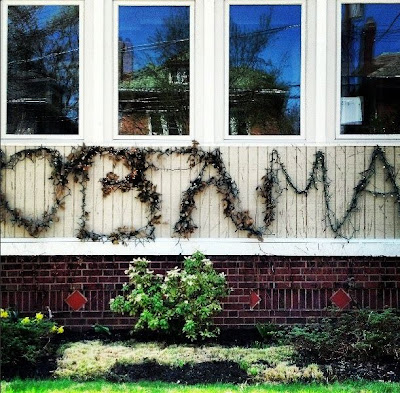 Then there are the races. Oh my. To run with such amazing runners. To see run with stars (Shalene!). Being in a large city, especially this large city, has given me opportunities I wouldn't have thought about in Vermont. 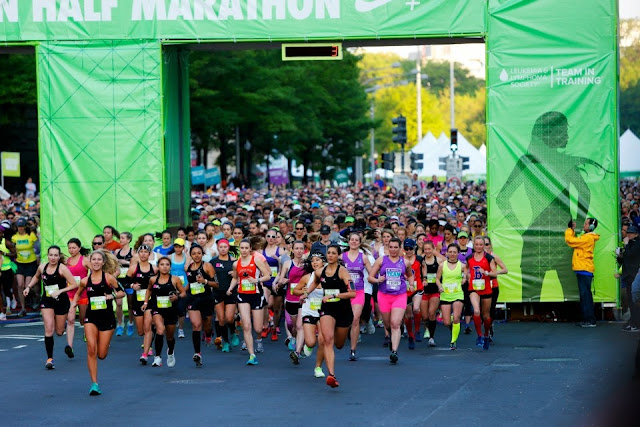 And somehow I began to enjoy baseball games.... 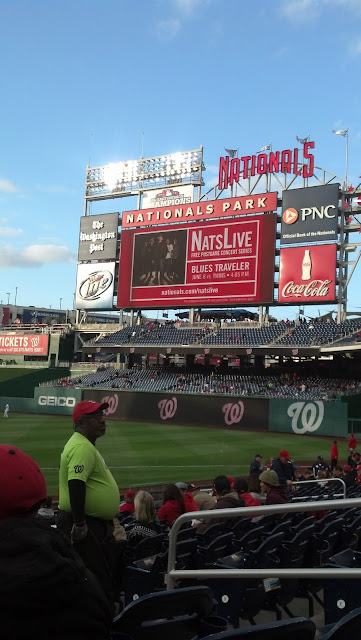 Being in this larger city means we get to enjoy better concerts than in VT. We just saw Bruno Mars and get to see F.U.N. and Paul McCartney later this summer.

Then there are the awesome people I have met down here. The people I knew prior to moving down here as well as the ones I have come to know, whether it be my co-workers (who are really great people) or Tom's.

I love where we live. I love how easy the public transportation is. It is wonderful to always have something to do in this city even if it is unexpected. You can never go bored in a city like this - museums, festivals, concerts, plays, and just plain ol' people watching. 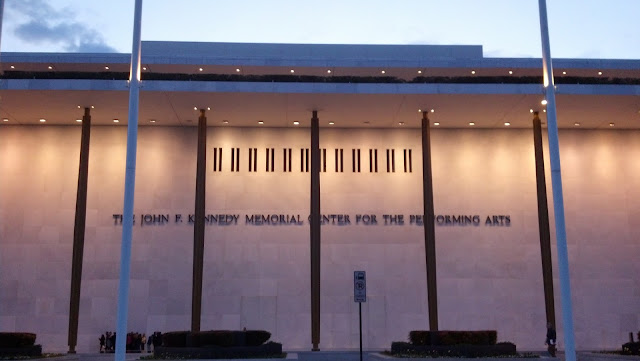 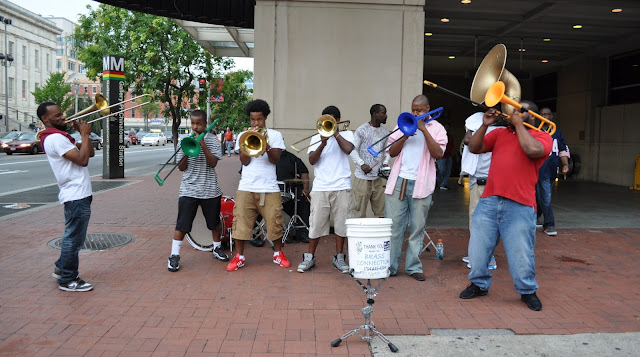 And the HOUSES! I can't get enough of roaming around to look at houses. They are gorgeous with their doors, landscaping, and even their brickwork. I have developed an obsession for the doors in Georgetown. Everything down here is beautiful. 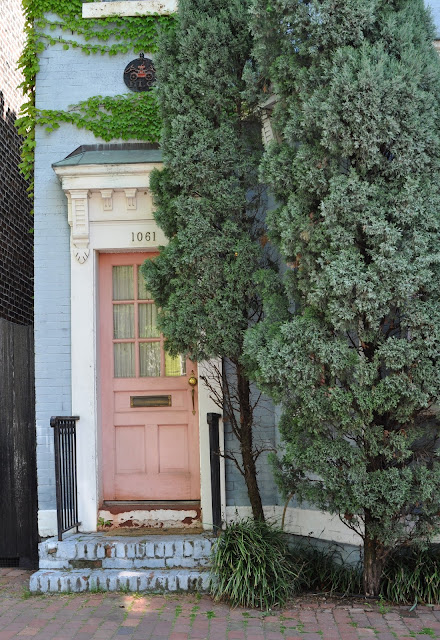 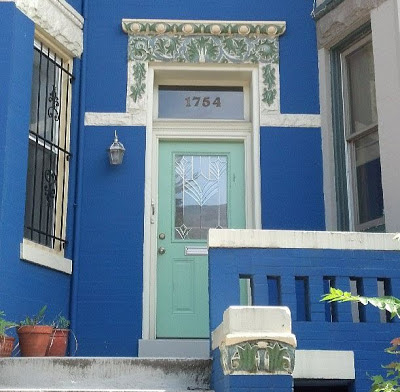 Oh - and shopping. Can't forget that one. I have absolutely no problem finding something I like. It's quite the opposite. I have problems deciding what I want to get. That will be one aspect of DC I'll miss when we return to Vermont. I'll also miss how dressed up people are. I have quite enjoyed having to dress up to go out and I love seeing what others are wearing too.

Yes, it has been more expensive to live down here than in Vermont, but DC has been a lovely city to get to know. Tom and I have a bucket list going and will keep adding to it. We want to make sure we can experience all that we can.

And about that heat we encountered upon our arrival.... it hasn't reached that high this year (*knockonwood*), but I can already say that I have adjusted to the higher temperatures.


One might think that with all of these positive things to say about DC that I might like it more than Vermont. That isn't true, but each have their own pros and cons. Each time I return to Vermont I don't want to leave. It's my home and will always be so. But for now, I'll fully live up this city we're in.
at 9:17 PM