This turned out to be quite an exciting weekend for me. It all goes back to last Tuesday. I got an email from careerbuilder.com with jobs that I might be interested in. One stood out; a job as a receptionist at a primary care office. I applied and wasn't expecting anything considering I've applied to like 30 jobs with no luck. Well, I got a response a few hours later, asking to get back in touch with them if I was still interested. I was, so I replied. And I waited.

Thursday morning I decided to be persistent. I emailed them back and said that I was still interested. Went to class, and 2 hours after I sent the email, I had a response. "Can you come in for an interview today?"

Well...um...sure? I guess. AHHH!!!!! What!?! An Interview. Wasn't expecting this. Hadn't studied for my micro lab quiz that was later that day, but a job interview was way more important. Off I went. I was so nervous because the last time I had an interview was for Hannaford, like 6 years ago, and back then I knew I'd be getting the job.

But it went well. He said he'd make up his mind and call me Friday to let me know.

Friday morning came. No call. Noon came. No call. I was about to walk out the door to get on my bike and go to class. There was the call. I had gotten it!!!

I was so freakin excited!! Can't tell you how happy I was. Yet now there's a tiny bit of saddness in me since I'll have to tell Hannaford that I'll be leaving them. I'm trying to decide if I want to stay there and work like one day a month. I'm going to miss all of the gossip! But..yes...I now have a full time job with benefits. And it's in a doctor's office - one step closer to physician assistant school. What more could I ask for?

Oh but more came. That night I went with Tom to his induction into the sociology honor society on campus. It was really good, and I was impressed with how well the sociology department treated their inductees. The inductees didn't have to pay a $35 dollar fee, they were given a LOT of food during the reception, professors actually came to watch the ceremony, and they got cords for graduation that they didn't have to pay for. Lucky bums. 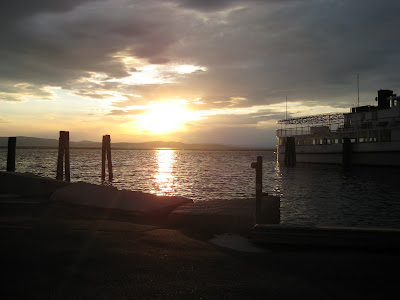 Tom and I rode our bikes down to the waterfront after the reception to enjoy the sunset. It was pretty, but a bit chilly. Back at my house later that night my roommate Meghan gave me a box of Lake Champlain chocolates to congratulate me on the job. She's freakin rocks. Most people might go out and have a drink, but she definitely knows me way too well and knows that chocolate is the way to my heart. 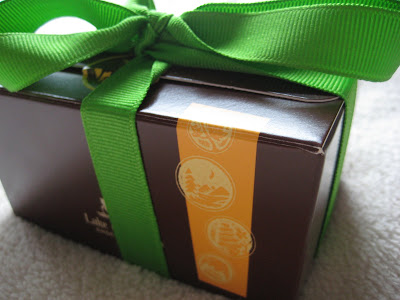 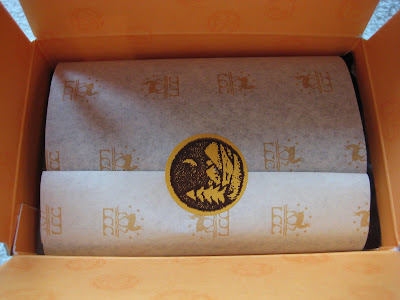 Aw now that's a nice little touch! Too bad it's in between me and the chocolate. 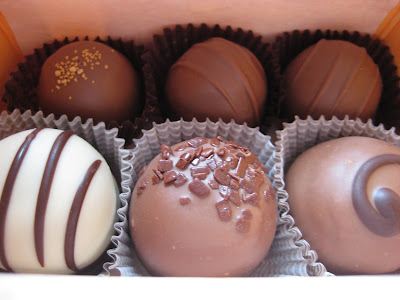 Saturday, yesterday, there was a 5K run that HOBY put on. Tom's part of HOBY so he was very involved with the organization of the run. I ran in it and was surprised when I finished with a time of 20:20. I'm not even training for a 5k and it was faster than what I ran most of my xc races last fall in. ]It's nice to know that I haven't lost my speed by gaining endurance. They raffled off a ton of prizes after the race. I walked home with a $25 gift certificate to Fleet Feet, 2 tickets to Essex Cinemas, and a running water belt (after losing my old one, running 20 miles without it last week, and then finding it a day later). It was sweet!

I'm really thankful for all of the great things that happened this weekend. I feel bad saying this, but I feel like something wrong must happen soon. Maybe the bad part will be when I get back my micro lab quiz and see the grade on it....

Oh one more thing...Thursday morning I checked the website for Lake Champlain Chocolates and saw that they were hiring for like EVERYTHING. I have been waiting for months to see this and was ready to apply. Seriously, working with chocolate IS MY DREAM JOB. I honestly want to do that for the rest of my life. But I guess a career in medicine might be wiser financially, so I had to take the receptionist job. BUT WHYYY??? Why was I forced to decide between these two. Maybe some day I'll just decide to get up and move to Belgium, and then I can be with all of the chocolate that I want.
at 5:50 PM