This is the last post of our trip to Spain-recap. You can check out the other posts by using the tab above labeled "Explore the World"

We woke up early and went for a run along the beach on June 15th. It was only around 8:00 am, but it was already super hot and foggy. We found our way to a run-down party hall along the beach. I can imagine that it used to be quite the happening place some years ago, but it certainly needed a little help now.

After the run we had a delicious breakfast at the hotel. The breakfast made our rooms a few Euros pricier per day, but it was so worth it. Fresh juice, fruit, bread and pastries, cheese and cured meats, yogurt and delicious granola. A super start to the day. An American breakfast, Spanish style.

Once our belly's were full we headed into the city. First stop: The Picasso Museum. Tom loved this place. It was fairly new, and millions of Euros had been put into the construction of it. What was fascinating to see was the Roman ruins that were in the "basement" of the museum. The entire building had been built over the ruins. Of course, it was also neat to see how Picasso's styles changed over the years in all of his paintings. 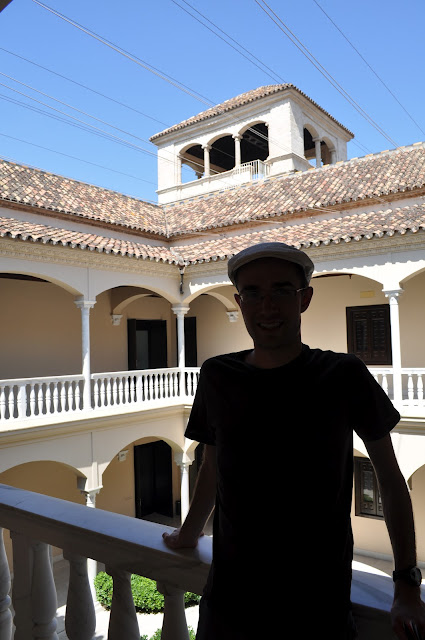 We strolled around the city after the museum, looking at shops and the cathedrals before heading to the Alcazaba (near the Castillo de Gibralfaro). The Alcazaba was built in the 11th century by the Moors and was used as a military fortress. It sits on a hill, but had its own elevator, so we didn't get a workout like we did the day before. 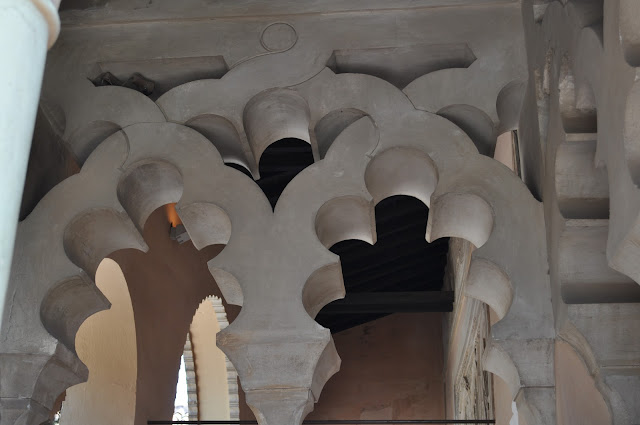 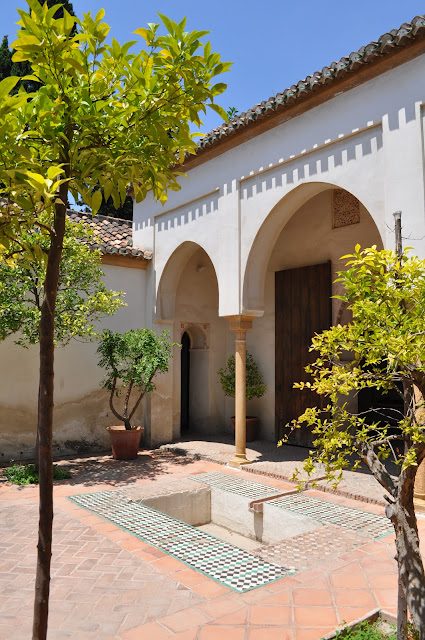 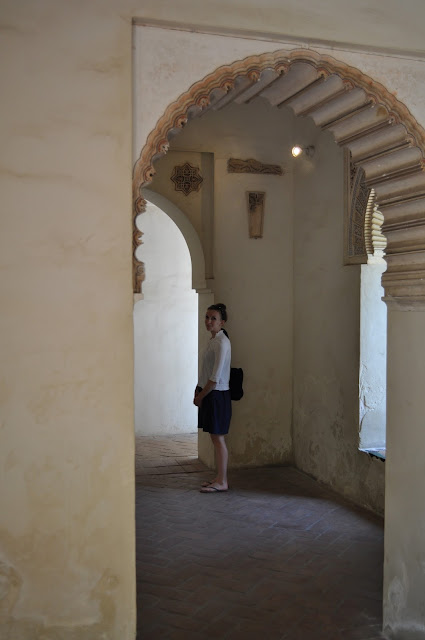 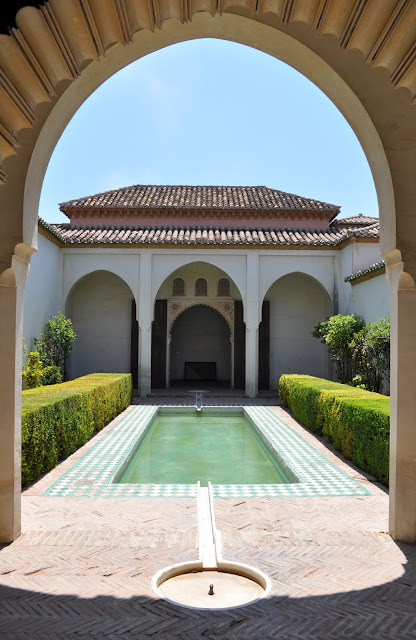 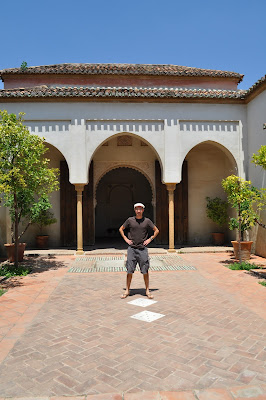 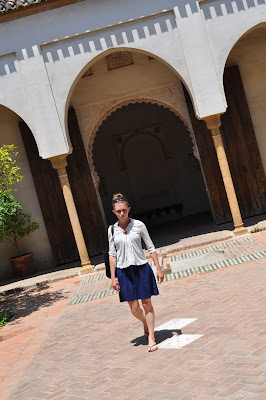 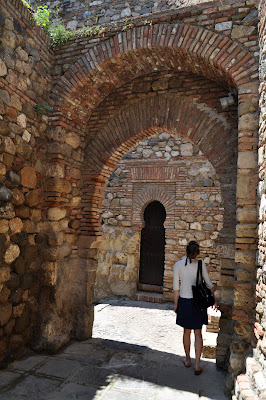 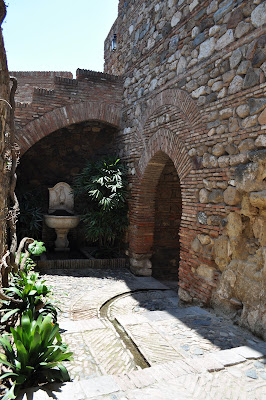 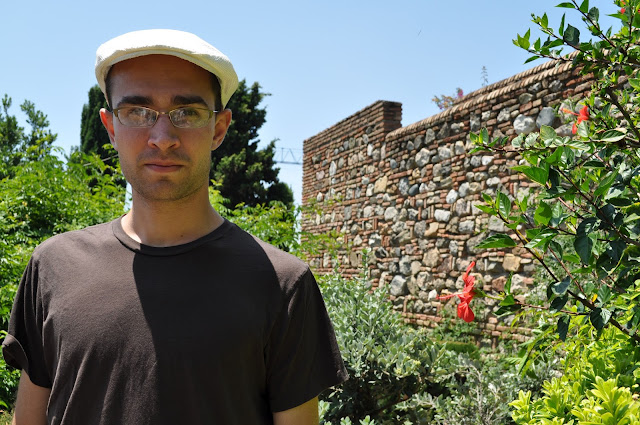 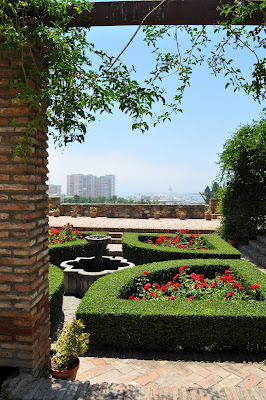 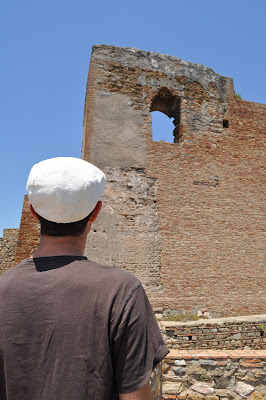 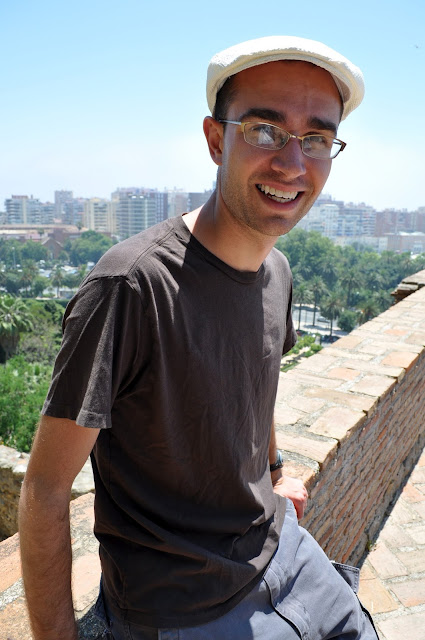 We spent the remaining afternoon hours at the BEACH! It was amazing to sit there and do NOTHING! Tom finished reading Born to Run, and I finished Life of Pi. We did a lot of people watching. Men with coolers kept coming by to try to sell us beverages, but we had stopped at the supermercado to pick up water and jamon (ham) chips before the trip down.

That night we went back into the city for some dinner. As always, it took us a while to figure out where we would end up eating. We needed an English menu and wanted to sit outside. We landed ourselves at the perfect restaurant and were finally on Spanish time! I do believe that we ate around 8:30 or 9:00. (Please notice how light it is in the photos below) 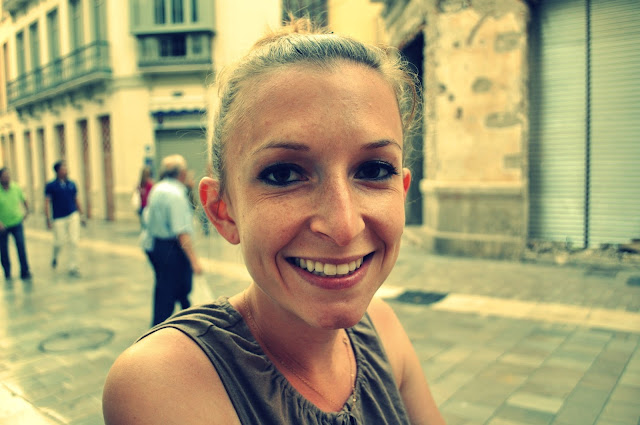 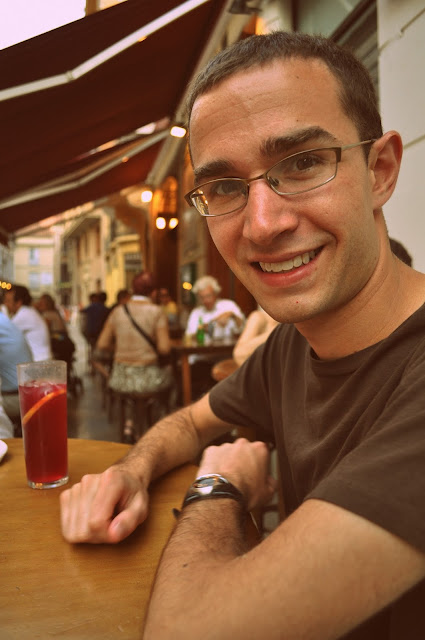 We ordered croquetas to start. And good thing! These were THE BEST croquetas of our trip, and the best I had ever eaten up to that point. Tom had some a white fish for dinner and I had chicken kebabs. 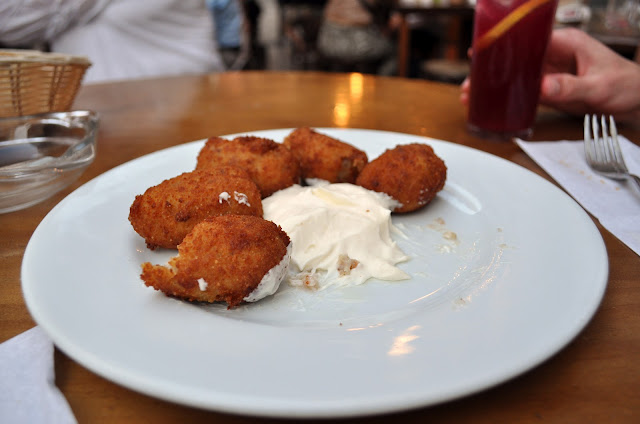 It was pretty amazing to watch the sun go down. It didn't get dark until after 10:00pm! I was not ready to head back to the hotel, especially knowing that when we woke up in the morning we would have to head to the airport.

So we didn't go to the hotel. We went for gelato. 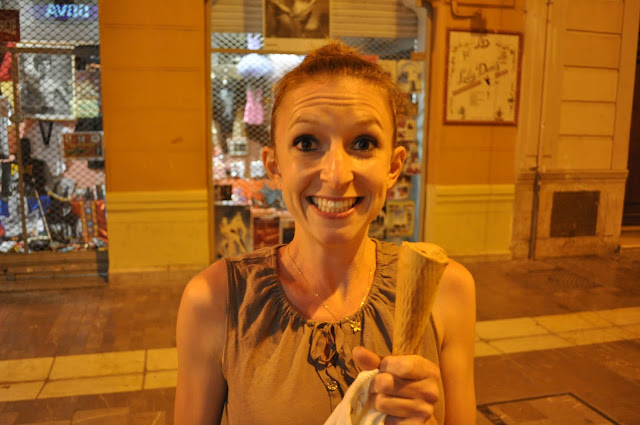 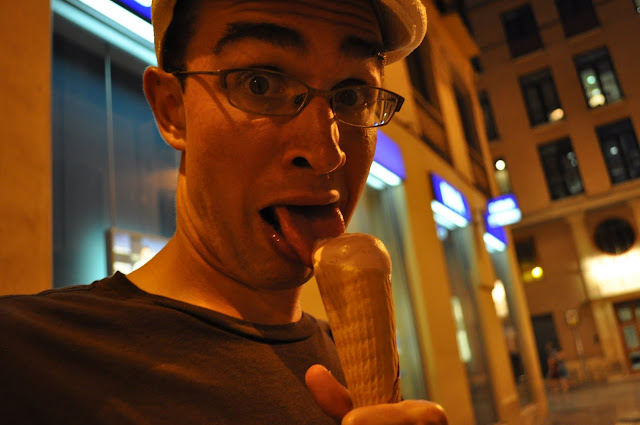 On our way back we walked by a construction site that was the home to a lot of cats! They made us a little excited to be heading home, only because we would be seeing The Will (Wilson) again. We went up to the roof of the hotel one final time when we got back and found something strange: An orange moon! There was a lunar eclipse and we hadn't heard anything about it! By the time we went to bed the eclipse was ending, but it was pretty neat (and spooky) to be seeing it in Spain


This is the end of our Spanish Adventure recap. We had an awesome time in Spain: great memories, new tans, and a more restful body and mind. Hopefully that isn't the only time we go, but who knows where our next adventure will take us. 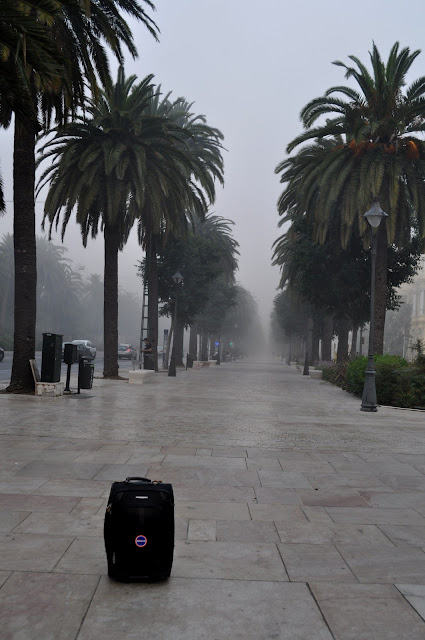