Did anyone see Spirit of the Marathon II last night? I first heard of the 1-night event on Monday. Thought about going and even inviting some friends, but hesitated - thinking that I would be too much of a running nerd if I did that.

Then I saw a "reminder" add on Facebook yesterday afternoon. I sent Tom an emailed titled "If you were bored...." and included a link to the movie. 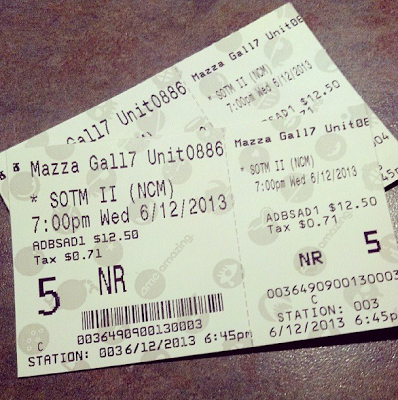 We went. And the biggest only reason I wanted to go was because it was about the Rome Marathon, which was my first ever. I now find it ironic that my first teaching job is at a school that is all about Latin. First marathon was in Rome. First job is making sure I bring up any connection to Rome/Latin in my teaching that I can. How appropriate, especially when one can consider teaching like a marathon.

As any marathoners out there knows - you always remember that first marathon that you ran.

I remember lining up to the Colosseum and thinking about all of the history those rocks had seen. My run was nothing compared to some of the events that had taken place, yet my run was about the biggest event in my life up to that point.

I remember thinking the same thoughts as one of the runners in the movie did that race morning, "What am I doing?" "Why am I here?" "Am I actually going to make it to the end?" It's scary to run your first race. Yes, you may have all the training in (I didn't), but there is always going to be doubt about finishing. You have major fear about the entire event since you haven't actually been there to experience it.

I remember the AWESOME sponges that Rome gives out, and those were in the movie. Why don't US races do this?!

I remember the section at 32 kilometers when I started to die. Races in Europe are measured in kilometers (42.2 for a marathon) which I liked much better than miles.

I also remember meeting Leonardo (on my side in the photo below), an Italian, around the 32 kilometer mark. He began to chat with me, just like one of the Italian runners, Mimmo, did to a younger woman in the movie. We ran together, just as they ran together. And helped each other along. The Italian are so friendly - and funny. The movie showed that quite well. 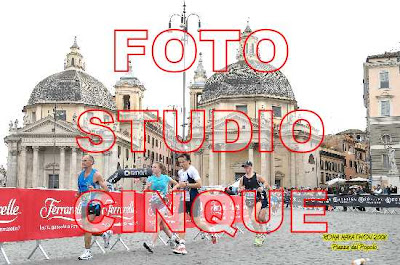 And of course, I remember that last turn around the Colosseum  The last 1000 meters. I. was. dying. Legs were toast. The end was so near. But my body kept slowing down.

All in all, the movie was good. I AM a running nerd. The awesome thing about runners is that we can easily relate to each other because we've been there. We have run a marathon and felt that "wall" and felt that amazing happiness and sense of accomplishment at the end.

What is also amazing is how thousands of runners can do this "peaceful" event and we all do it for different reasons. That was the main focus of this movie, which followed the training of 6 different athletes from around the world. Each had their own story and background, each had their own goal and reason for wanting to complete the marathon. One wanted to make it to the Olympics, while one wanted to raise $1 million for pancreatic cancer research.

The movie also taught some history of the marathon - from the beginning to present day, and from the struggle that women had to begin running in it to our present day numbers, where women runners outnumber men.

I keep thinking that my marathon days are going to be over soon. I don't particularly love that distance. But if given the chance to do it again, I would definitely fly back to Rome to run.