Adventures in Granada: Day 2 - The Albayzín

Life slows down a little when you're in Spain. We decided to take our time on June 12th and slept in until 9:30. Believe it or not, that really is sleeping in for me.

The first thing on our agenda was a run.

I so wish I had brought my camera. The run started with a trek up the hill to the Alhambra. That hill was more monstrous than I remembered . Apparently, I'm not as hard core as I used to be so we had to walk a portion of it. Once we got to the top we kept going, and soon found our way to a trail I used to run back in 2008. I even got to show Tom where I took an epic nose dive down the mountain. At the top we enjoyed the spectacular view of the city of Granada. It was so peaceful.

That run instantly became one of our favorite memories of the trip. 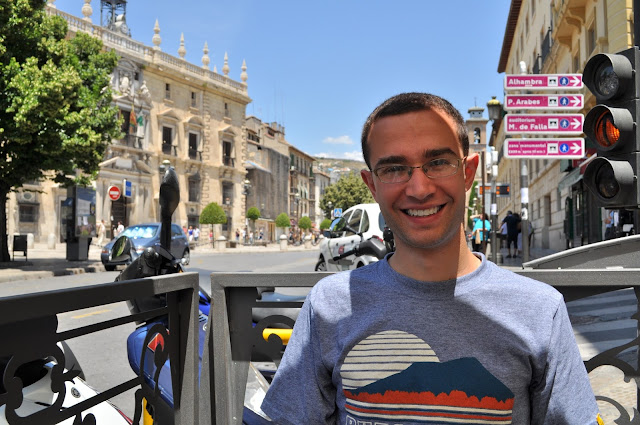 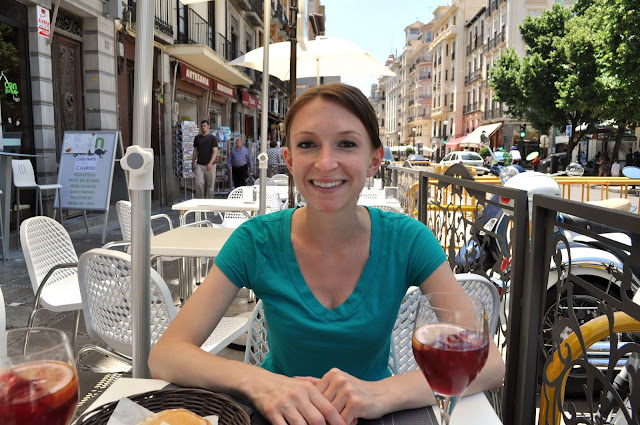 The run back down was so much easier (and quicker!) We showered and headed to an early lunch in Plaza Nueva. Tintos (red wine, fanta, lemon, and ice) hit the spot after such a run. Que delicioso! 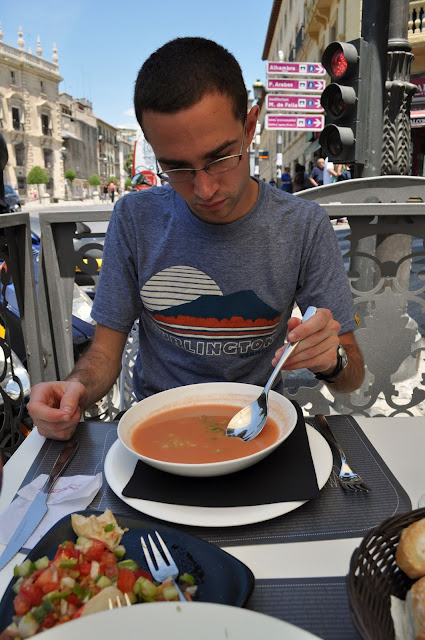 Tom got the gazpacho, a traditional dish of Andalucía... 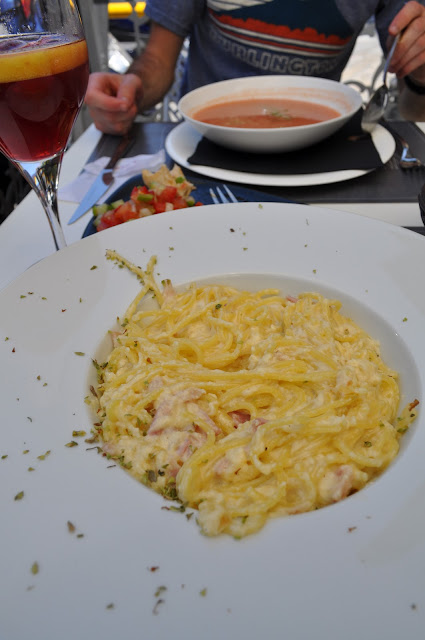 And I ordered pasta with a cream sauce and jamón. 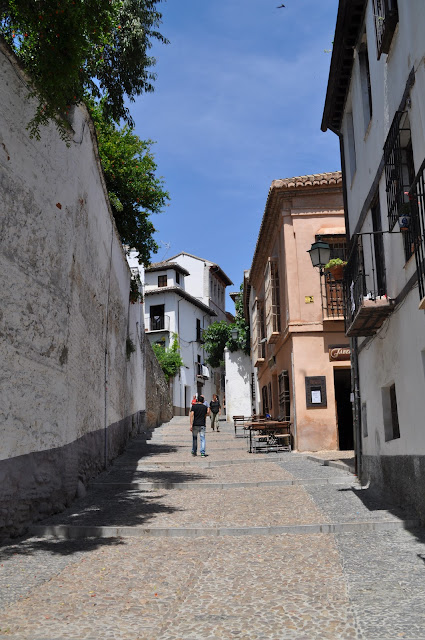 Our next item on the agenda was a stroll through the Albaizín . I was super excited to show Tom this part of the city. The houses are on a hill overlooking the Alhambra. They're very old, all white, and give Granada its magical feeling. 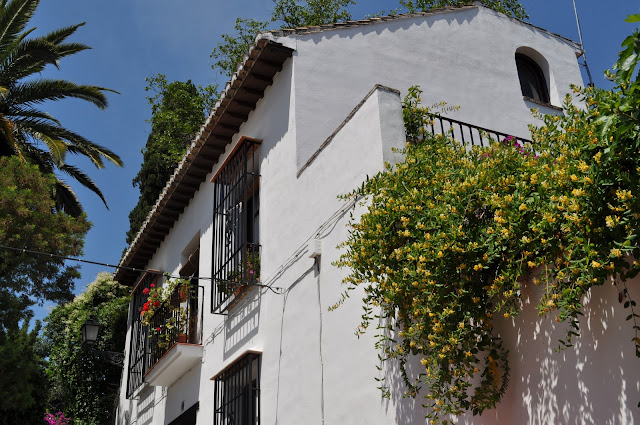 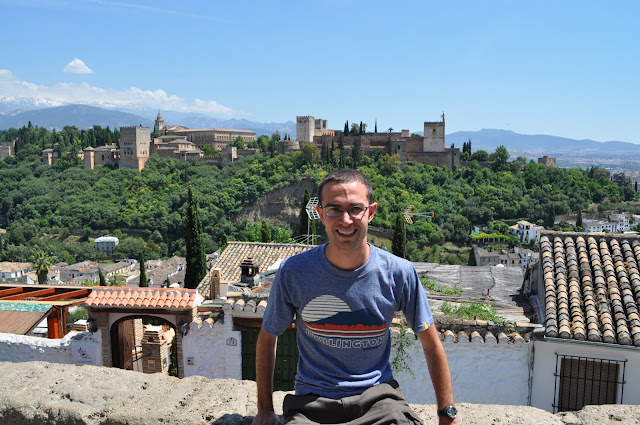 The best part about the Albaizín is reaching the top and seeing the view of the Alhambra for the first time. I swear it almost took my breath away back in 2008. I could spend hours sitting on the wall, just staring across the valley at the Moorish castle. It's walls have seen so much history! 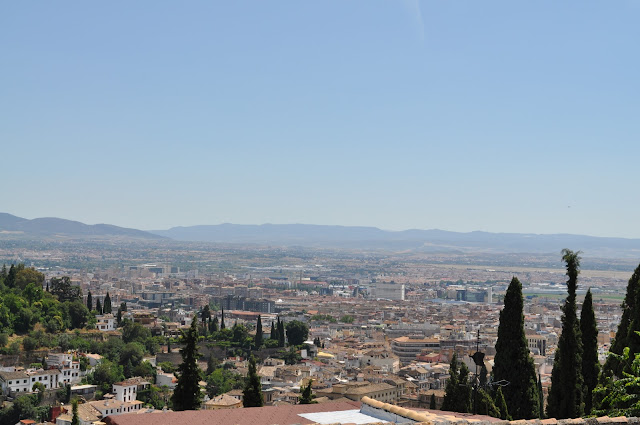 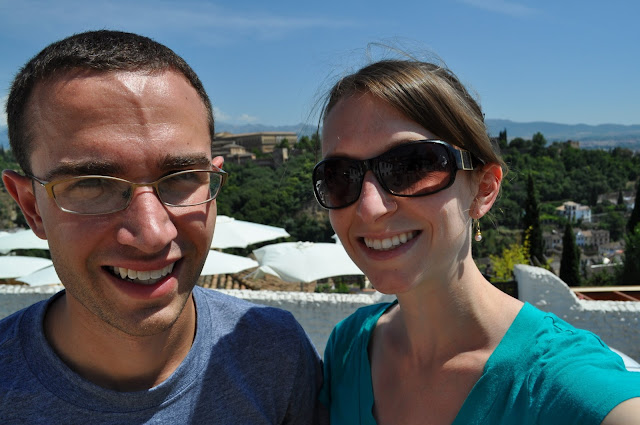 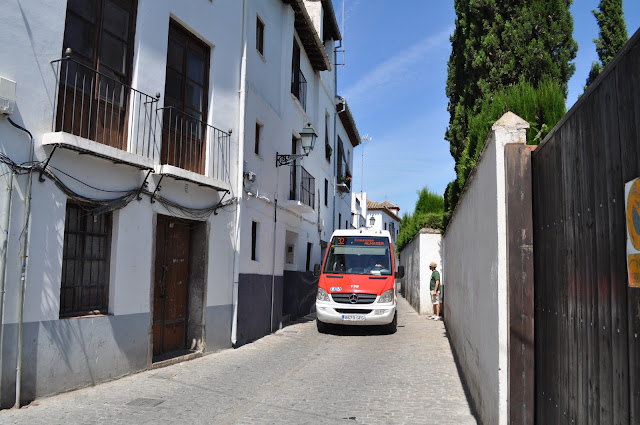 We took a different route back down to the city. No trip to the Albaizín would be complete without having to get out of the way for a bus. I've always been impressed by the drivers. There's no way I would be able to make it 100 meters before crashing into a wall on these narrow roads. 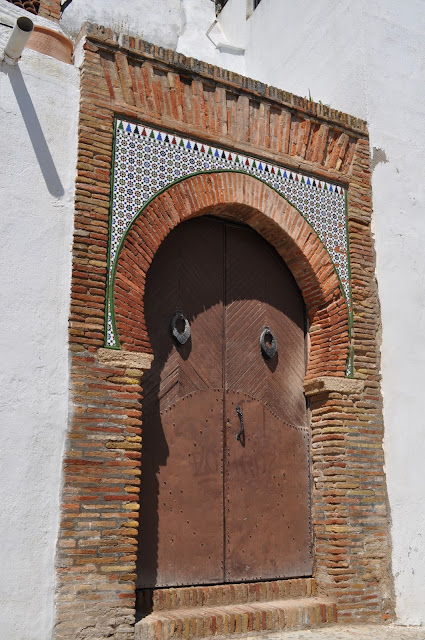 By the time we made our way back down it from the Albaizín is was mid afternoon. We had plenty of daylight ahead of us, but the rest of the day's aventure will come another day.