2012 Was a year of running success for me. It was also a year where I had to leave behind favorite running routes and training buddies in Vermont and had to explore new routes in DC. It was a year where I started to focus more on my training, tried a new training program, and saw success with it. And just like in years past, there is still plenty of room for improvement. I hope to have an even better 2013, especially when I get back to DC and away from this foot of snow that we received yesterday! 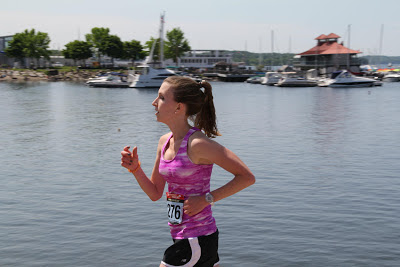 2012 was a slow racing year. I ran in only five races, but compared to last year, they were probably of higher quality.

Favorite 5k: The Corporate Cup, Montpelier, VT.
This is one of the largest races in Vermont and in order to get a good time, you need to position yourself near the front and go out strong. I wouldn't say that this is the best course to run on, but I had a really great experience in this race in May.

It was one of the last races that I knew I would run in Vermont before moving to DC. It was also in the town that I lived in and did my student teaching in. Throughout the race I heard people cheer for me including former co-workers and students. I got goose bumps thinking about all of the people I had met in the three years living there and how much I would miss them. I felt empowered knowing that they were there watching. Each time a student cheered for me ("Go Ms. Cloutier-Simons!") I would run a little harder. When there were no spectators around I replayed the cheers in my head to keep me going. I was also in the zone the whole time. I was not thinking about anything and I was in the moment. I was so relieved to cross the line and see that I was finally back down to a 20:30 finishing time.

Favorite Marathon: Philadelphia.
With only two marathon races to compare this year (Boston vs. Philly), Philadelphia easily won out. The people were great, the course was unique, and even though I had a four week taper, I felt very prepared for this race. I raced it smart, was consistent, and really enjoyed the entire experience. 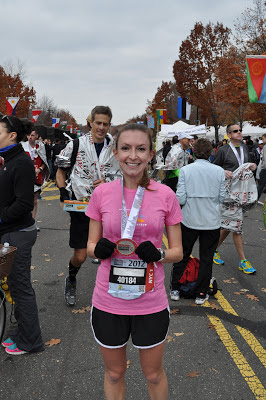 I actually loved the out and back portion of the race. It split the 26.2 miles into two separate races. Most of my training runs are out and back runs: go out to get to know your scenery then turn around and try to run the second half faster. 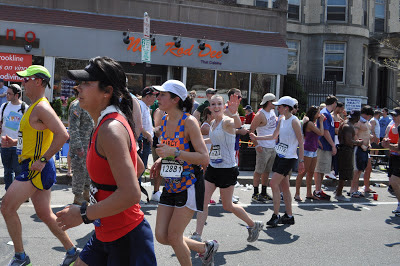 Ok... so it wasn't exactly the worst thing ever. Boston is a lot of fun and it was great to see friends all weekend. I was just not into running in such high temperatures.

Favorite Run: My birthday run!
I ran 20 miles with a friend on my birthday in March. It was a gorgeous morning and ended up being a warm spring day. I didn't tell my friend that was my birthday. Yes, I know, how weird. But it was my own secret on that gorgeous day and I loved it. I was cruising the whole time and felt really great.

Favorite Training Program: The Hansons Plan
I loved using this plan! You run higher weekly mileage and only do 16 miles for your long run. Why? Because your long run should only be 20-30% of your weekly mileage. Anything higher will totally drain your body and you'll spend days recovering instead of getting in good quality workouts.
I received Hansons Marathon Method for Christmas and  I'm half way through it already. Yes, I am so ready to try the plan again! As I read I am realizing that I still run my easy runs to fast, and that I need to pick up my pace for speed and tempo runs. Their book goes into great detail explaining the physiological benefits to their program. It is an interesting book to read through, especially if you are looking for a new training program. 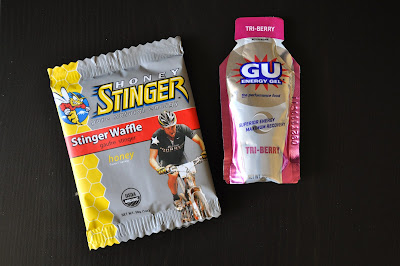 These babies are tasty! It's like a piece of dessert in every bite. And better yet, they're made from real ingredients. I didn't get to use them in any of my races, but they were great during training. The second best fuel: GU - but only the berry or citrus flavors. Although I am a chocoholic I cannot stand the chocolate or vanilla flavors while running.

Favorite Running Shoes: Asics GT-2000s
I've used Asics for the last 7, maybe 8 years, but for the last two years experienced blisters with them. As it turns out, I needed a half a size larger shoe and my problem was solved! But before trying the larger size I tested out Mizunos and quickly had to return them. They were not the shoe for me. My foot moved around too much and I was starting to get shin splints. So I came home with the correct sized Asics and guess what.... 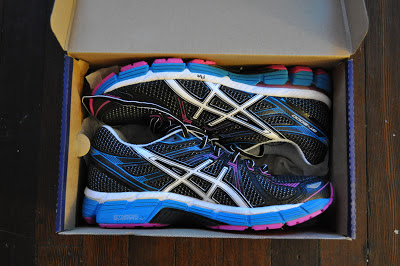 There were plenty of running moments throughout the year that brought smiles to my face, speed to my legs, moments of laughter with friends, and chances where were I proved myself wrong and did something I thought that I couldn't. These are but a few of the reasons why I run and I hope 2013 is just as good, if not better than the 2012 running year was.
at 10:21 AM