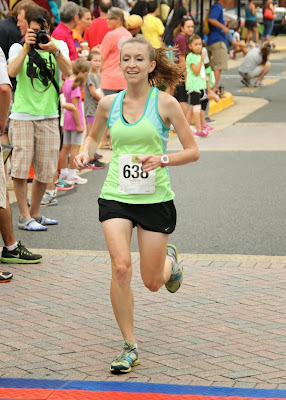 Favorite Race:
This is tough. I had a blast running the Nike Women's half - when will I ever be able to stand on a starting line with Shalane Flanagan again?! The atmosphere was awesome and I loved the race. However, physically I was not in shape at the end of it and it hurt.
NYC was a ton of fun, but I wouldn't call a marathon my favorite race yet.
The Parks Half Marathon won out because it was beautiful, felt like home (for DC), and I stepped up my mental game to reach the next level of racing. I pushed myself unlike before and found out I have more to give.

Favorite Training Runs:
For safety reasons, I'm not going to post where my favorite route is in DC. However, I do want to say that I LOVE running in DC.

And I love it more than in VT. 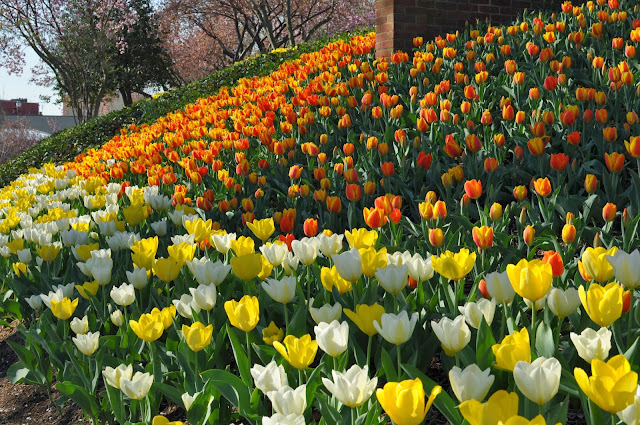 Yes. I said it. DC has better running routes than in VT. I love running in the woods, I love running by the million dollar homes, and I especially love winter training in DC on clear sidewalks. I actually feel safer here than in VT. The city is FULL of runners so drivers expect them. I can't get enough of the beautiful flowers in the spring time (but can get enough of the dumpster smells in the early summer mornings), and don't mind waking up early in the summer to get in the runs before the heat. I really think that my speed has improved because my training is of better quality in DC: more seasons to run through and more stable weather conditions. 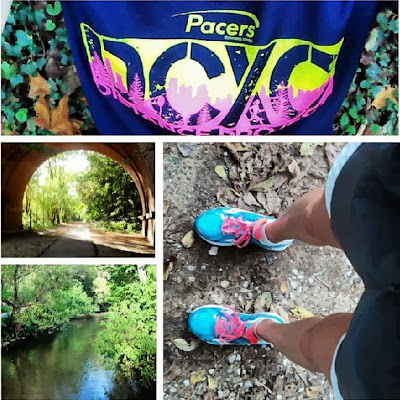 Favorite Shoes
I won a pair of Saucony shoes at a cross country coaching clinic down here and have been hooked ever since. My feet love them! 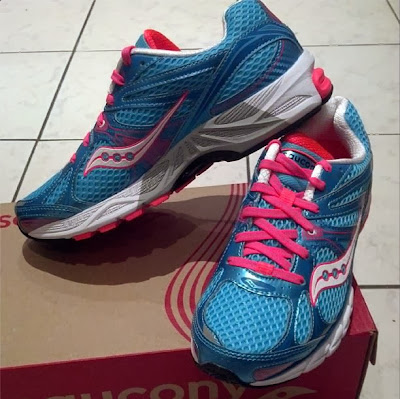 Favorite Recovery Fuel: Smoothies with Vega Recovery Protein
I had a smoothie after every run this summer: banana, blueberries, strawberries, pineapple, almond milk, and Vega Recovery Protein. Once school started I had them in the morning even though my runs were in the afternoon, but began to incorporate spinach into them. I am not at all a fruit or veggie girl but I LOVED the smoothies for their taste, and also loved how quickly I seemed to recover. It was also a very easy way to get in my fruit for the day. 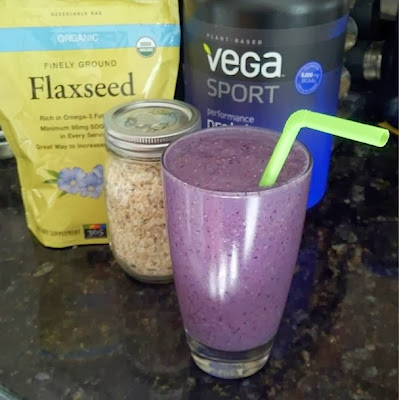 Favorite New Running Accessory: My foam roller
The foam roller easily won out over my Garmin. My legs crave the roller. I have a mini one at school and XC girls used to ask to use it. Get one. Use it. It's a miracle worker!

Favorite Strength Training
I started doing the 8-minute arms video twice a week that Hungry Runner Girl posted earlier in the year. I feel dorky for using it (if you watch it you'll know why) but it's been the only arm workout that I have ever stuck with. I also incorporated planks, squats, lunges, and single leg dumbell dead lifts into my weekly workouts. My form has improved and I could finally keep up  outdo the XC girls in push-ups.

Money Earned in 2013: $35 and $60 in gift certificates
Free money for running fast? Yes please! I'll never be able to make the big bucks like the pros do but I was happy to take home a little something. That's almost enough for a new pair of shoes!

What I look forward to in 2014:
Tom and I found out right before Christmas that we made the =PR= Running Race teams for our age groups. I'm super excited to be running for this company (I frequently go there to buy and oogle over new running shoes and clothes) and to be part of a team again. It will give me the chance to get involved in more races as well!
at 10:22 AM