Adventures in Granada: Day 3: The Alhambra

Alhambra /alˈhambrə/ 1. A fortified Moorish palace, the last stronghold of the Muslim kings of Granada, built between 1248 and 1354 near Granada in Spain (dictionary.com).

Some may consider it the 8th wonder of the world.

Tom and I woke up early on June 13th. We had tickets for the Alhambra for 7:30am. 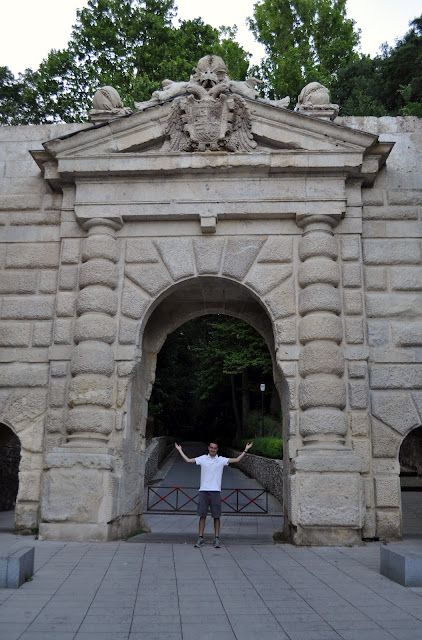 An early morning hike up the hill certainly got our blood pumping. No need for a run today! 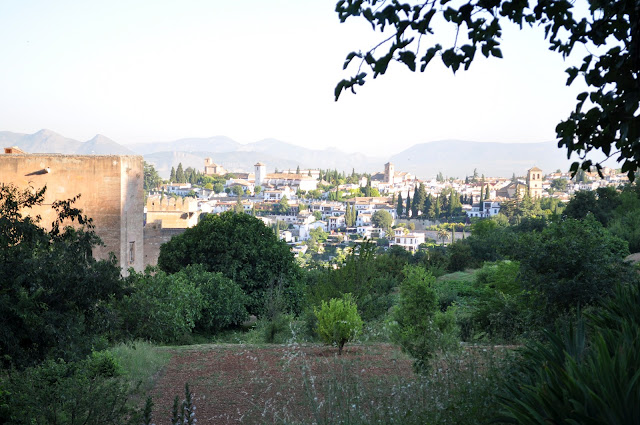 The air was cool and the city was quiet. I couldn't think of a better way to start a day than a stroll through the gardens of the Alhambra.

We rented audio guides and began our tour of the beautiful palace. 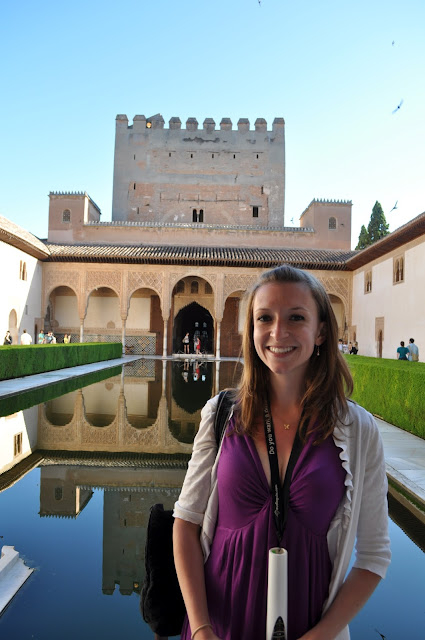 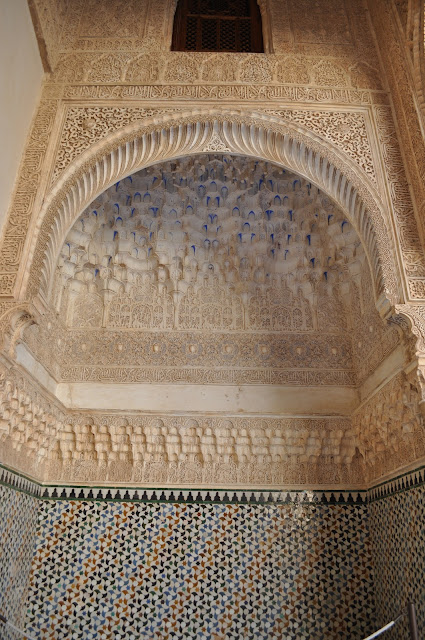 I would give anything to live in the palace and wake up to this view every morning. Too bad I was born in the wrong country and at the wrong time. 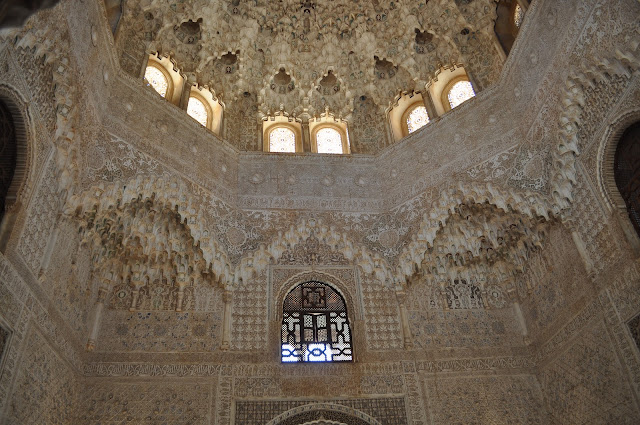 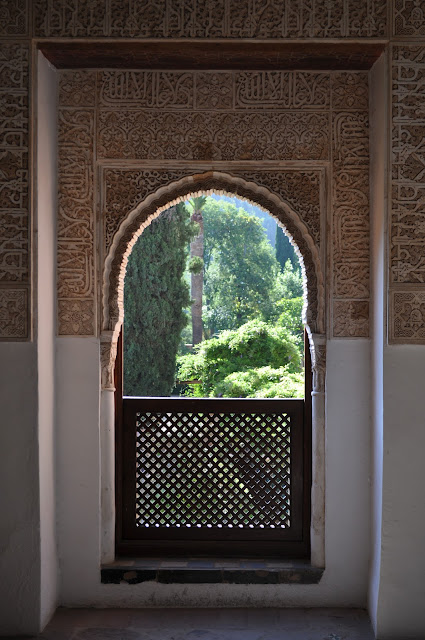 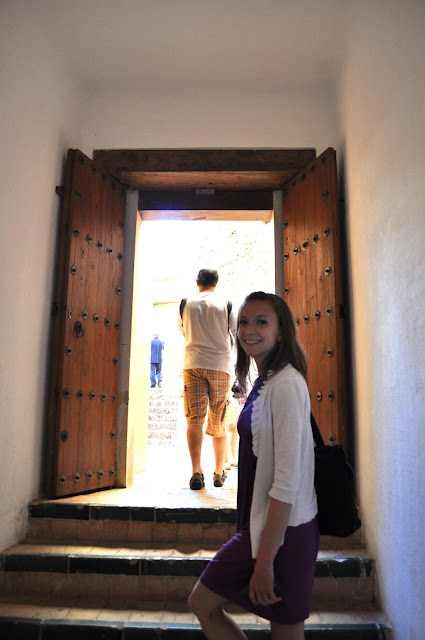 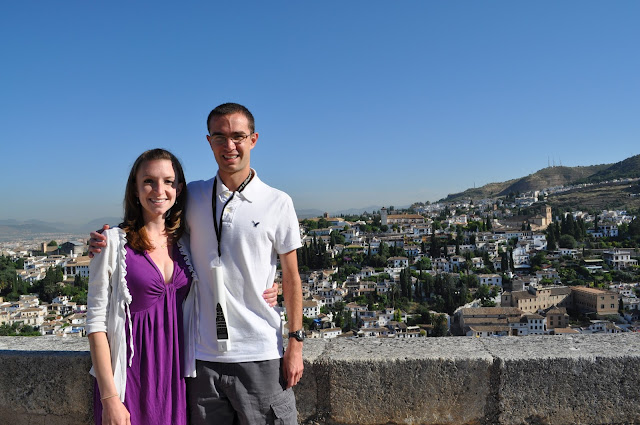 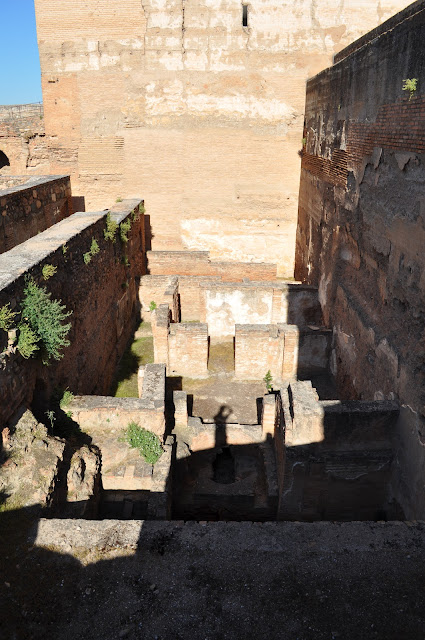 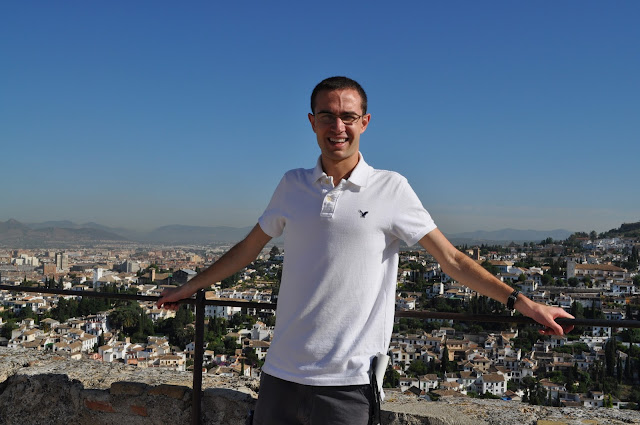 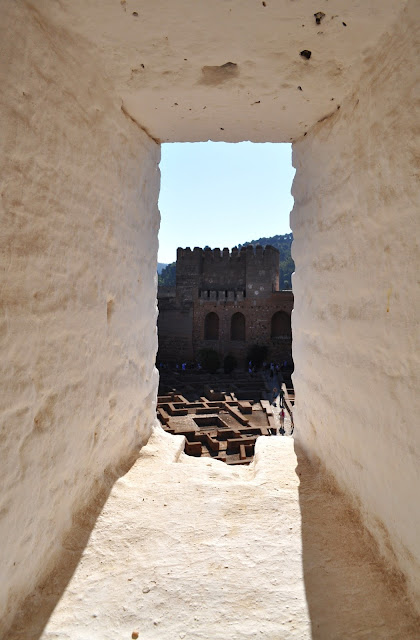 English: Give him alms, woman, for in this life there is nothing so pitiable as to be blind in Granada 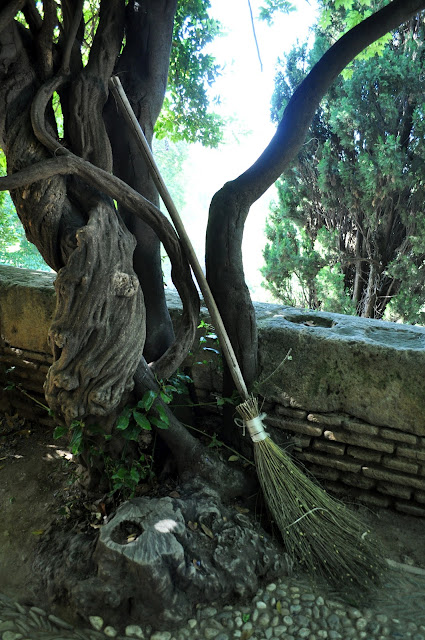 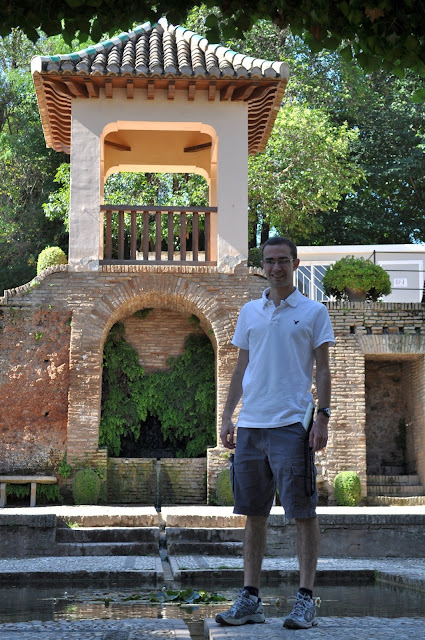 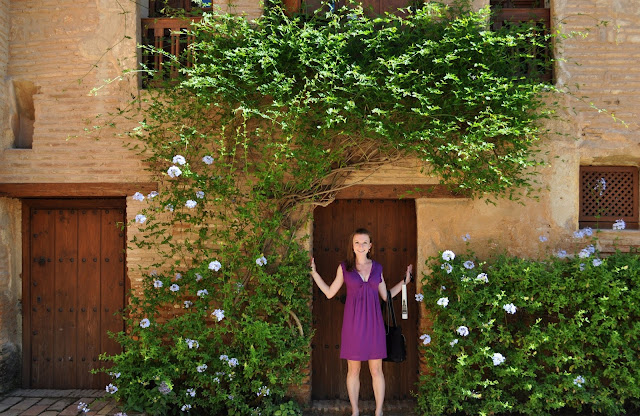 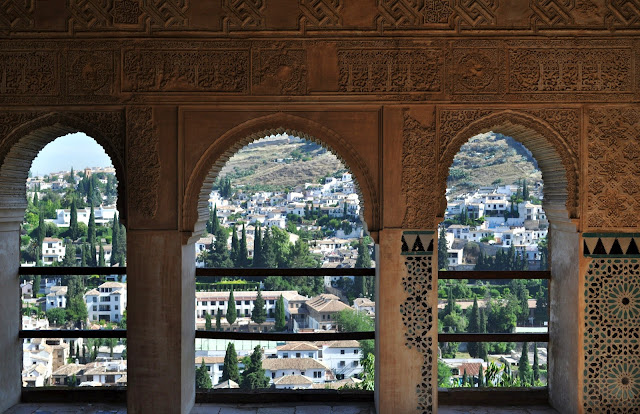 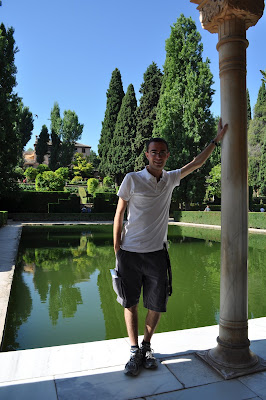 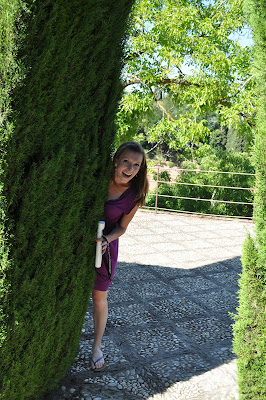 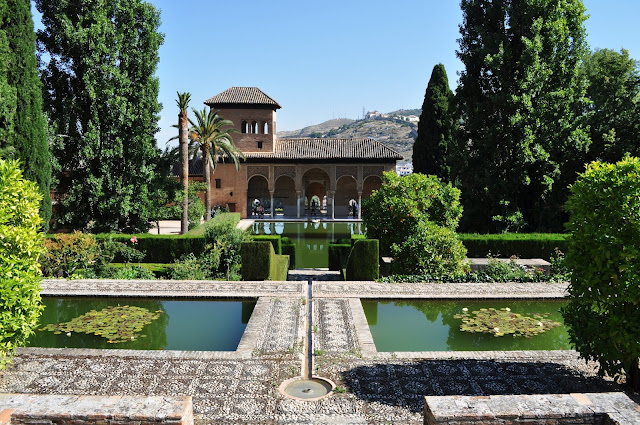 We spent the entire morning at the Alhambra, soaking in the sun and enjoying the gardens and the views. Our day was far from being complete....