After our visit to the enchanting Alhambra, Tom and I picked up a few gifts in the shops near Plaza Nueva for our families. We found gorgeous clay bowls, a pencil/pen holder for my brother with detailed wood inlay, and a musical instrument for Tom's dad.

We were hungry and stopped at a teteria (a Moorish tea house) for schwarmas. Only we ordered falafels instead. Oops! My taste buds weren't expecting the falafel when I took my first bite, especially since I had never tried one. We tried a mint limonada (lemonade) that I enjoyed, but Tom was hoping for something more traditional.

By now it was siesta. Most stores were closed, but not El Corte Ingles. This gave us opportunity to buy more gifts: Damasco Jewelry for Tom's mom and a soccer beer glass for Tom's brother. Only we got the wrong team. D'oh! After Corte, we spent time at the new H&M of Granada and I swear that I could have spent my entire summer's wage in there. 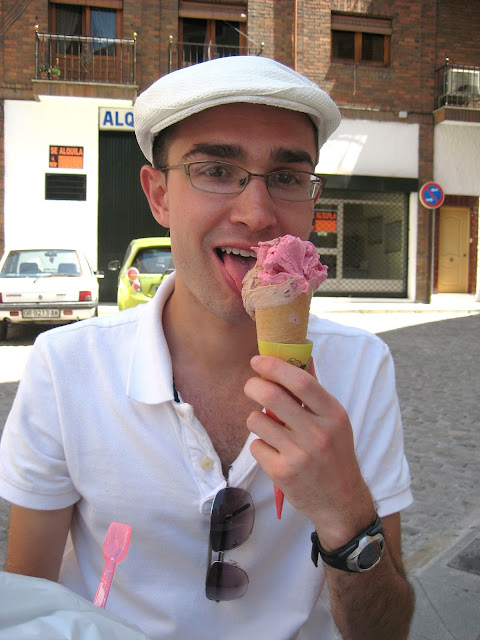 And of course, we had to stop for Gelato #4. I ordered Ferrero Rocher and fruit of the forest. Best flavor combo EVER! Tom wasn't in the mood for any more ice cream but I forced him to try a bite. He immediately got up and ordered himself a cone. 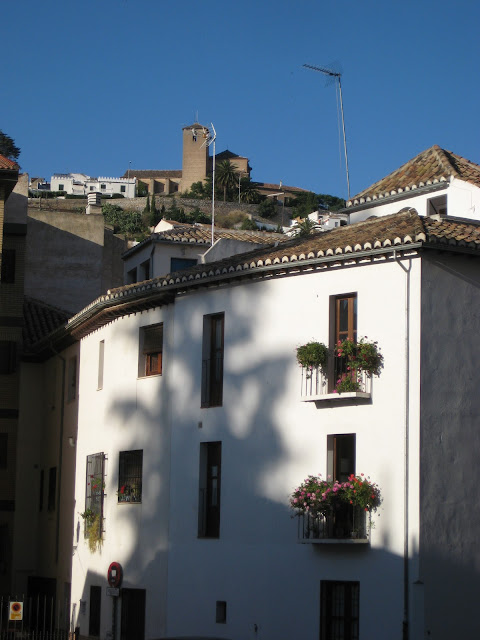 We had tickets to a Flamenco show later in the evening so we had plenty of time to kill. The next part of our journey took us westward in the city, back toward the train station. 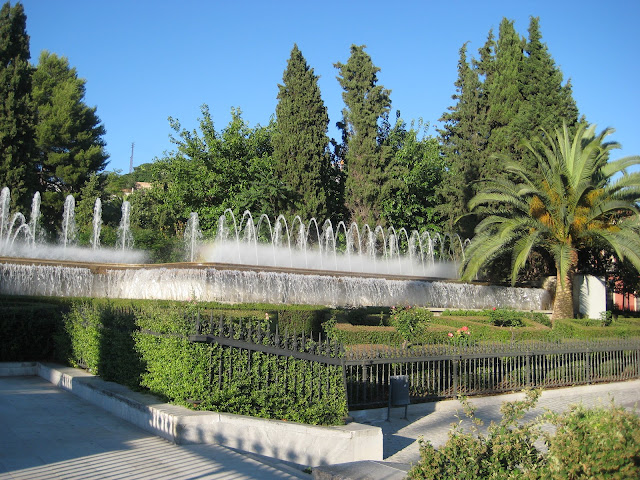 For the life of me I cannot remember the name to this park near the bull ring in Granada. We walked around a bit and turned back toward our hotel.

Our tickets included a bus ride to and from the cave in which the Flamenco show was being held. It also included a tour of the Albayzin. We met a woman who was traveling around Spain by herself for a month, and had already seen really good Flamenco in Sevilla. 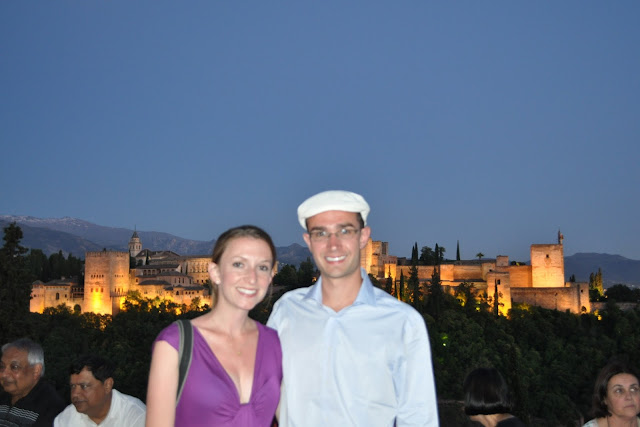 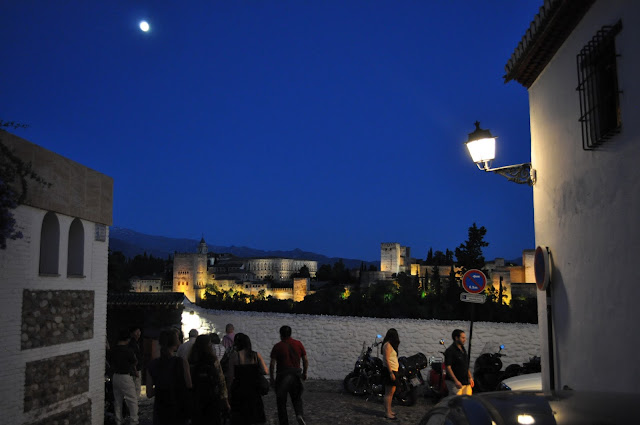 We ended up going to the same cave that I went to in 2008. However, this time we had to share it with a lot of unfamiliar people. Our tickets came with a "free" beverage of our choice so we both ordered wine.

.... and had some time to wait and take goofy photos together


If you are ever in Spain I highly recommend that you watch a Flamenco show. The Flamenco varies by region and some cities are more famous for the dance than other. On this particular evening many of the dancers were students, so the dancing was not the best. 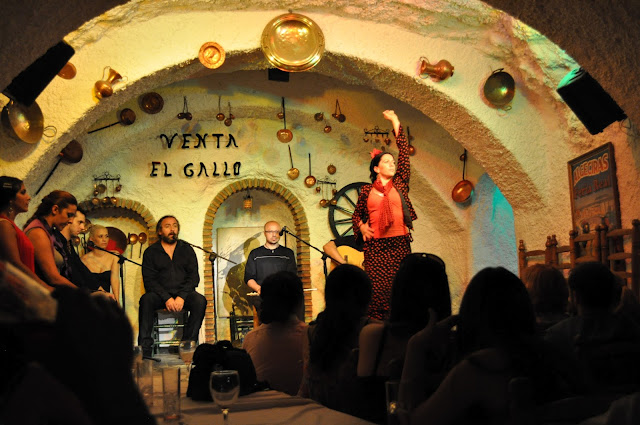 We really enjoyed the show and our final day in Granada. It was sad to walk out of the cave after the show knowing I had to say goodbye to this city once more.

The next stage of our journey was about to begin: Malaga