Adventures in Malaga: Day 1 - The Beach and Paella

You can't get a good beach nor good paella in Vermont. We don't have an ocean, and chefs just can't seem to produce authentic paella. Guess I need to go to Malaga when I'm craving either of them.

After our visit to the Gibralfaro we went back to the beach to check it out. It was around 5pm and it felt as though people were just starting to leave the beach. And yes, beaches in Spain are tops-optional. 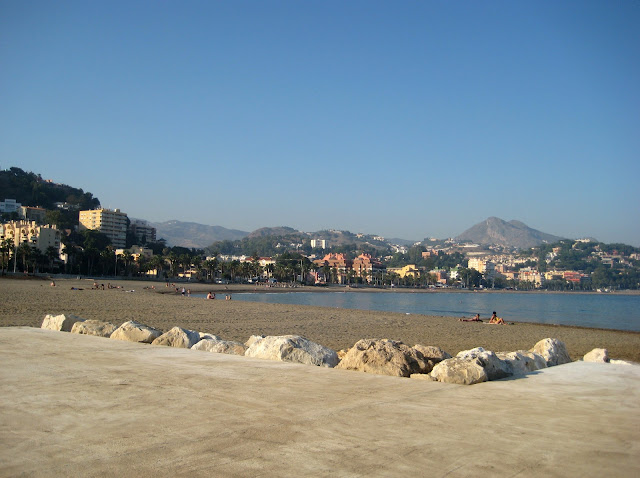 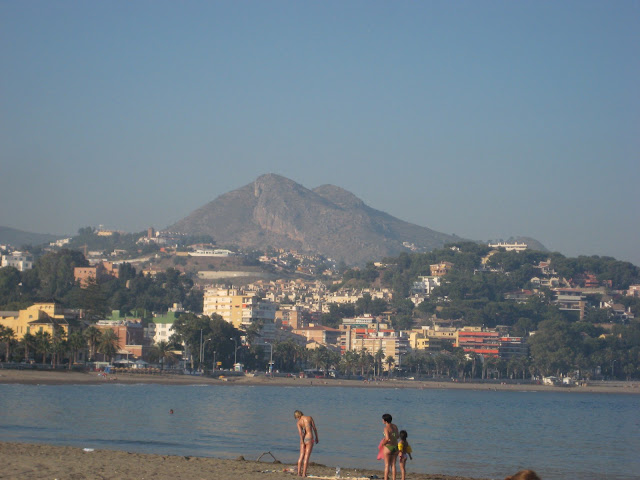 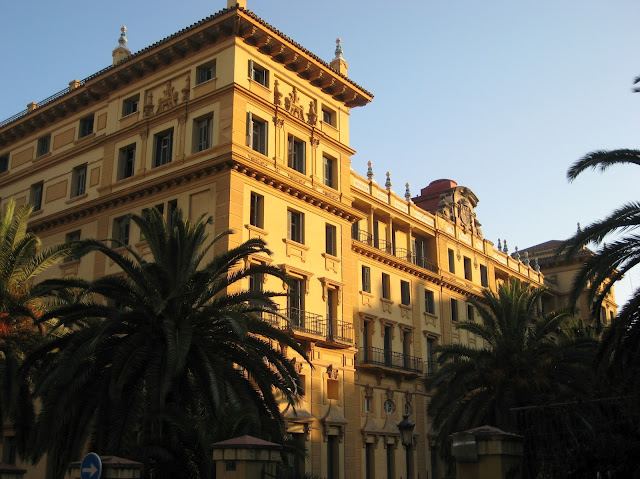 At around 8pm we headed out in search of good paella. We had asked the clerk at the hotel's desk if she could recommend a particular restaurant, but she wasn't of much help. After about a half-hour walk we were in the heart of the city and were able to find a restaurant with outdoor seating and paella on the menu. Gosh, even writing about this is making my mouth water again. 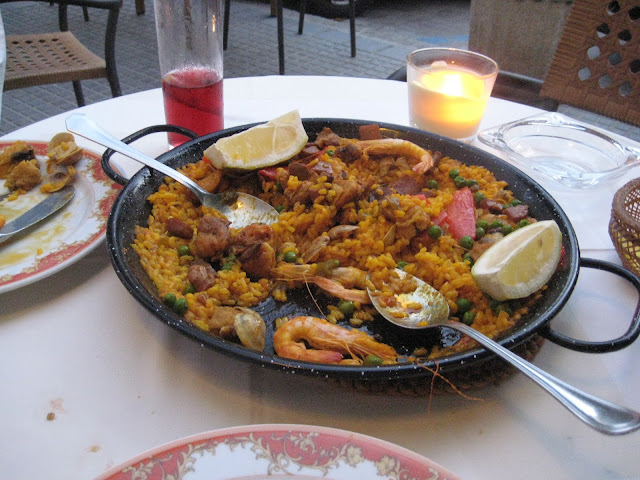 I really wanted to finish this whole plate.... but my belly is only so big. 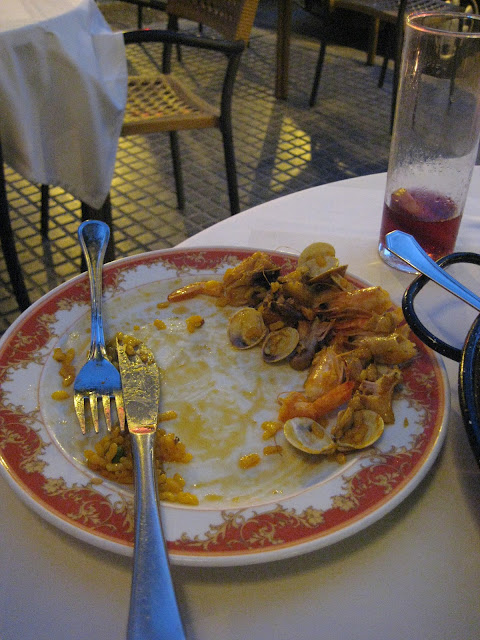 Dinner was delicious. We tried a Spanish custard dish for dessert, but it wasn't the best that I had ever had. Oh well! I really couldn't complain because it had been years since I had so much Spain in one meal.

The most wonderful thing about being in Granada is how long the days were. It didn't get complete dark until well after 10pm!

On our way home we took the beach route instead of the street route. The moon was full, lighting up our way along the sand. 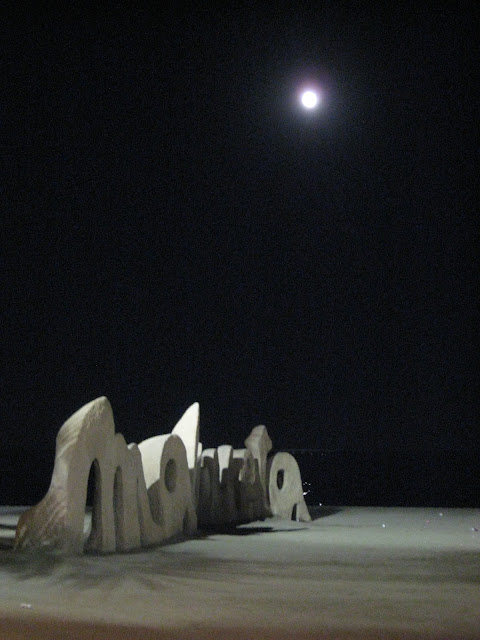 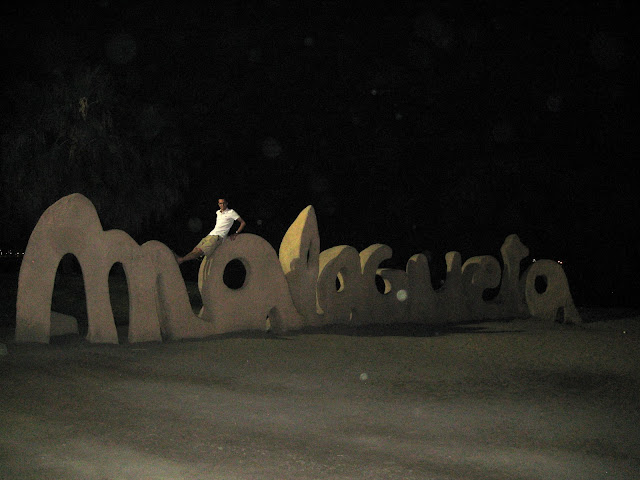 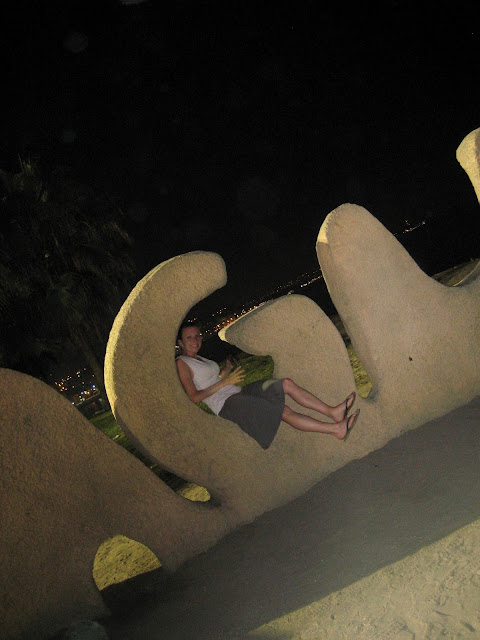 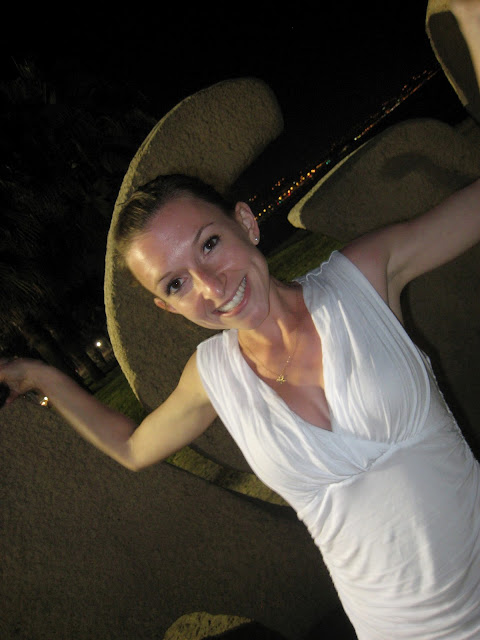 Day one in Malaga was a success. I had never been there before so Tom and I were truly exploring a new city together. The only thing we needed to make the day better was ....

Us Vermonters weren't used to so much sun! It's too bad we hadn't busted off a piece of the aloe plant that attacked Tom in Granada.