It was hard to choose where to start our site-seeing adventure in Malaga. It was an incredibly warm day and sunglasses were a must. We headed westward from our hotel, toward the center of Malaga city. What separated our hotel from the city (besides distance) was the Castilla de Gibralfaro and the Alcazaba - both built hundreds of years ago.

Our curiosity led us to a hill with a winding road and great views of the city. Along the way we frequently stopped to catch a new vista of the city, including the port and the bull ring. There were flowers along the way and areas to take a breather. This hill was steep and we worked up quite the sweat. Fortunately, people were well aware of this problem and we were able to catch a refreshing Fanta and cerveza before exploring the castillo. 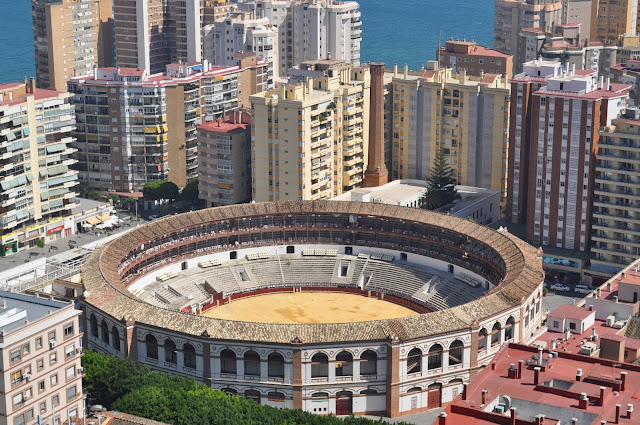 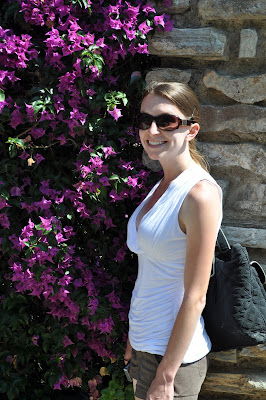 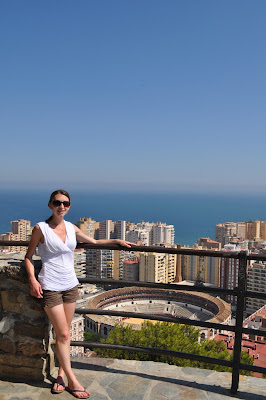 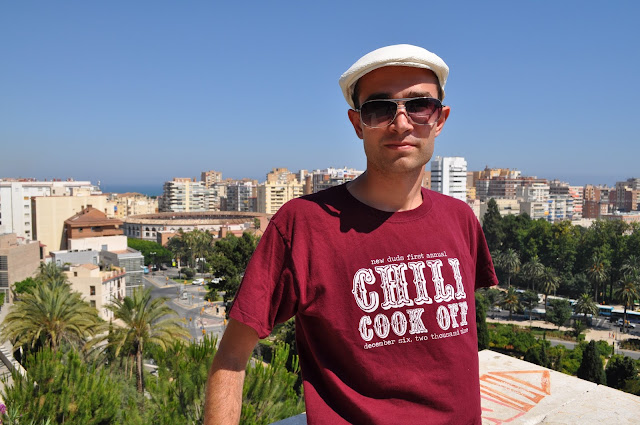 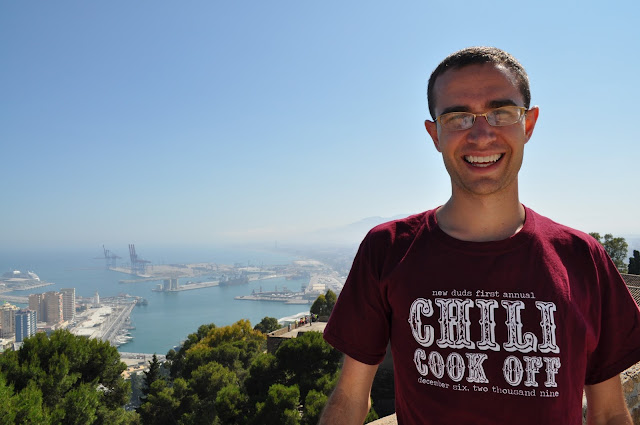 It makes sense that a king would build his fortress on a hill top. We had a clear view of the entire city as we made our way around the walls of the castle. It was fun to explore the different areas and to imagine that I was one of the guards hundreds of years ago. This castle was build by a ruler of Granada in the 1300s. Quite amazing! 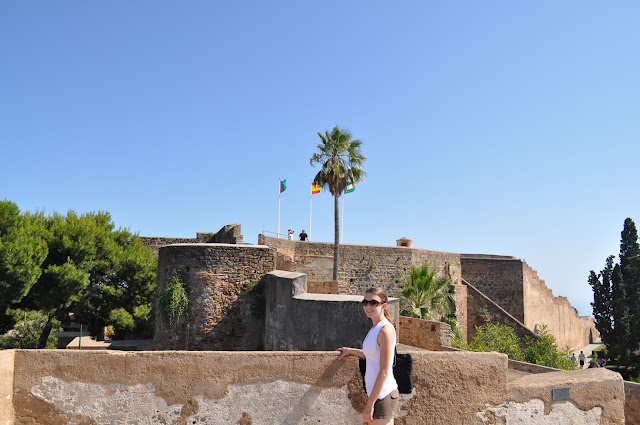 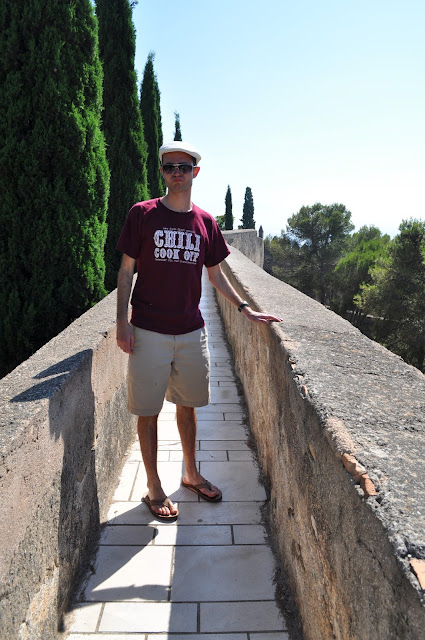 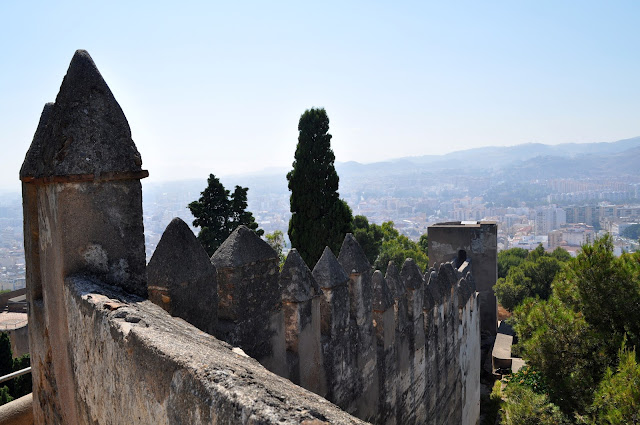 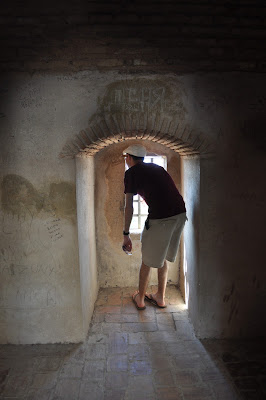 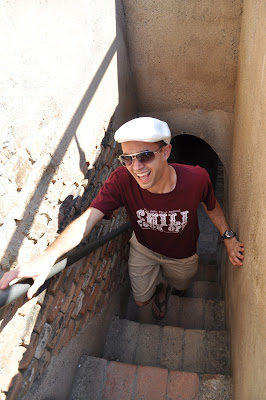 The journey down the mountain was much easier than the trip up. I spent a lot of time admiring the beautiful flowers along the path. Their smells were intoxicating! 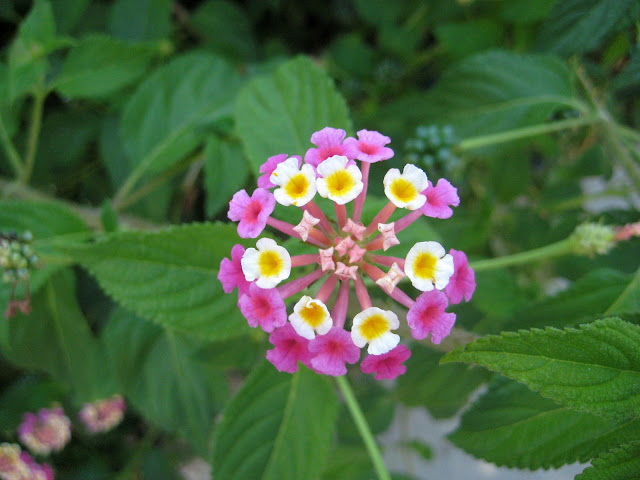 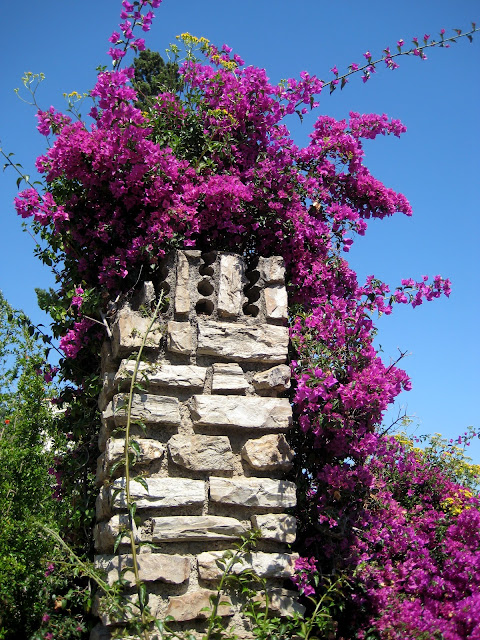 At the bottom of the hill we decided to get a little closer to the port. There wasn't much to do there, but we did check out a temporary museum exhibit for a little while. On our way back to the hotel we stopped at City Hall and I had to smell the flowers by there too! They're the purple things bordering the steps in the photo below.

In between town hall and the sea were two paseos, or roads, with a park in between. Few people were within the park and it seemed quite peaceful. They were loaded with Day Lilies and benches to sit at. 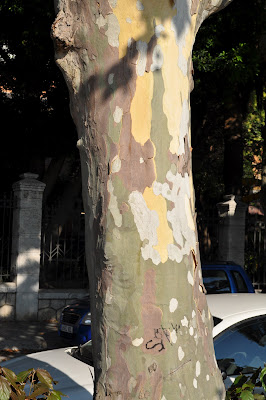 There were a lot of these trees in Malaga. They looked as though someone had painted a camouflage pattern on them, only that's how they actually grew! 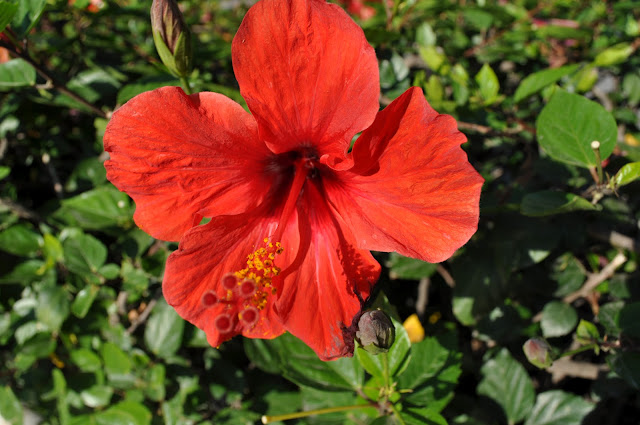 Although we were finished with the historical component of our day, we still had plenty of daylight left and more city to explore. My next goal: get me some paella!